The untold secrets: business lessons you can learn from MS Dhoni 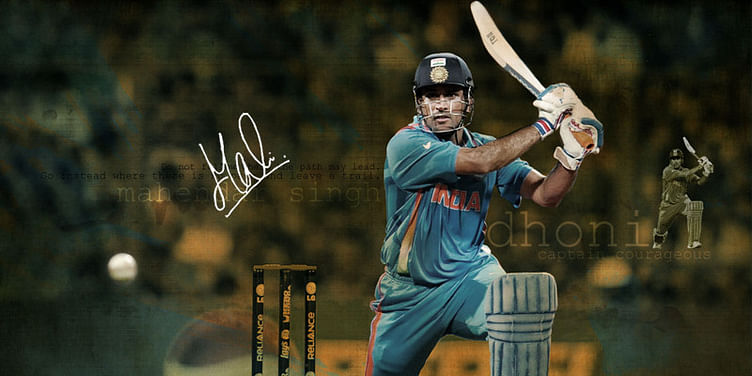 Neeraj Pandey’s M.S. Dhoni: The Untold Story hits theatres this Friday, and the cricket-crazy nation that we are, we can barely contain our excitement. From sweating it out behind wickets after school to spending a formative three years working as a Travelling Ticket Examiner for the Indian Railways, Dhoni’s inspiring story of entering the field of cricket against all odds will constitute the majority of the 190-minute film.

It is commonplace for the cricketers of the National Team to have garnered a celebrity status in our country, but this is the first time that a whole movie is being dedicated to a cricketer who is still active on the field. As for Dhoni, he is both ‘humbled and proud’ that his legacy will have moved to the screen, and in his own words, is ‘happy to be a part of it’.

Although enough has been spoken about Dhoni as one of the best leaders of the Indian Cricket Team, today we’d like to speak about how his distinctive game-plan and strategy can be a lesson in success for all business leaders and contributors.

“It’s like having 100 kgs put over you. After that, even if you put a mountain, it will not make a difference.”

He’s called Captain Cool for a reason. The man has the weight of the world’s crossed fingers on his back when he’s batting that final ball or crouching to take that perfect wicket, and he refuses to break. Even in the most trying moments, Dhoni is an ocean of calm, a characteristic trait that allows him to clearly strategise for the win. Any business leader can tell you about the enormous stress that hits you when you begin to run a business. But taking a leaf out of Dhoni’s book, calm and cool wins the race, every time. So whatever you do, don’t break.

Sticking to your intuition

“Nobody has seen form. It’s a state of mind where you are confident and you think very positively.”

Many have often attributed Dhoni’s multiple successes to luck. However, Dhoni has been the first to say that most of his victories can be credited to his deep intuition. Often, he played his next move according to his gut, and more often than not, this has worked miracles for him. Business leaders need to work by their gut. They hold the office they do because they have a natural acumen for strategy. So, the key point here is to listen to your intuition since it will almost always take you down the road to success.

“I don’t understand cricket too much. Whatever I have learned or experienced is through cricket I’ve played on the field and whatever little I have watched.”

Dhoni has a no-nonsense theory about sharpening your skills in your profession. What makes his game so unique is the fact that he chooses practice over theory. He sweats it out for hours after official training time to “get better every day”. He applies the same rules to when it comes to leading his team – his focus and determination on the field and his ability to improvise strategy are what inspire them to follow his lead and do the same. For business leaders too, the popular phrase, “Actions speak louder than words,” is the mantra they should live by. They must influence their team to success by showing them what can be achieved, instead of using recycled motivational theories.

Focus on the end game, the rest is irrelevant

Dhoni has witnessed numerous pitfalls in his career. The crowds have alternated between singing his praises during his lead to victory and turning against him ruthlessly when he failed to bring home the Gold. But through this radical change between devotion and hate, Dhoni has remained unruffled, because his single goal has always been to score the ultimate win for the country. As a business leader, you will have to face many ups and downs in your career, and sometimes you will have to be on the receiving end of many pointed fingers. But the trick is to brush off the bad press and focus on your end-game because getting there is all that matters, to yourself and to the world.

Watching Dhoni’s life unfold on screen in a typical Bollywood biopic format will be exciting enough, but taking back from his story – that’s the real deal.