The sweet crunch of success 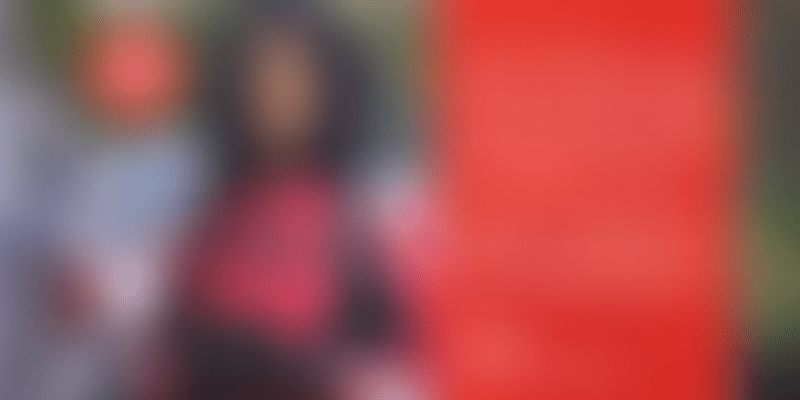 If you’re an entrepreneur who sells via social media or word of mouth, Sellfie could be your way to grow! If you or your friend who’s an entrepreneur would like to share their business story, please write to sellyourstory@sellfie.com today.

The exuberance in her voice belies her claim that she’s lazy. In fact, Huda Masood is ready to convince you that the seeds of her granola bar business grew out of this laziness, and the desire to sleep in for the ubiquitous ‘five more minutes’. This indulgence would cut into breakfast time and Huda would leave the house on an empty stomach. This meant she was crabby and hungry by lunch time, and a heavy lunch would not only mean lethargy, it was also affecting her health. The granola bar became her grab-and-go breakfast, which she would pick up as she left for work, eating on the way. Huda was now able to eat ‘the most important meal of the day’ without slaving in the kitchen every morning.

However, the road to good health has not always been smooth for this motorcycle enthusiast who frequently takes off on road trips. She began her career as a dentist, but soon realised her heart was not in it. She found her calling in stem cell research after completing her Masters in Regenerative Medicine.

But a change in government policy, which banned most stem cell research, meant she was soon out of a job. With more time to spare, she started making bars full time, which she began giving to her friends. One friend, who lived almost entirely on her bars, on a motorcycle trip from Bangalore to Bhutan, returned a die-hard fan and was soon telling all his friends about her creations. Word spread like wildfire. Her customer base has grown from 10 customers in 2012 to 200-250 regular customers today. Even the name, The Huda Bar, stuck because that’s what her friends called her product.

Hand-crafted, healthy, and from the heart

The Huda Bar is completely handmade, with each bar being roasted, pressed, cut and packed by Huda herself with the help of one woman. She currently offers four varieties of nutrition bars: Classic, Extra Honey, Peanut Butter, and Chocolate. She also has a vegan version that comes in Classic, Peanut and Chocolate variants. Huda, who also makes organic peanut butter and dehydrated fruit for sale, is planning on introducing coffee bars in October.

And it’s not just her love for what she does that makes these bars such a hit. Each ingredient is sourced fresh from trusted suppliers, and smaller co-ops and collectives, as she believes in helping everyone associated with her business grow. This bond built with her suppliers over the years ensures that she gets the freshest produce. Every almond, she tells us, that goes into her bars is hand-split. That’s the level of involvement of this entrepreneur.

Huda is encouraged by the amount of growth her business has seen over the past four years. She started small, with her own money, and is still managing the business on her own. And although she knows that health bars are a dime a dozen, she does not feel threatened and says there’s enough room for everyone.

And while getting people hooked on to the golden crunchiness of the health bars was easy, managing the backend was becoming a challenge. With the orders rolling in, collecting payments on time was becoming difficult. Huda says Sellfie came as a godsend.

“Because of Sellfie, I can sell and collect payments easily even through WhatsApp. I no longer need to wait for a cheque. The ease of access to multiple platforms is also a huge advantage,” she says.

Running the business is now much easier, given that Huda manages almost everything single-handed.

Business with a purpose

Huda wants to make nutrition bars accessible to as many people as she can. That’s why her product comes at almost half the price a store might charge for something that most likely came off an assembly line loaded with artificial flavor and ingredients you can barely spell.

The growing popularity of her bars has not made her complacent. She is working on sourcing more local, organically grown and preferably organic-certified produce for the bars. But, that, she points out, requires money, as does expansion of any kind. Huda also refuses to use plastic packaging, preferring to hand wrap each bar in butter paper before labelling it with the appropriate sticker and packaging it in a re-sealable Ziploc bag. If she were to upscale, she would need to involve distributors, retailers, and stockists who would insist on “abuse proof” packaging for a better shelf life. And that would conflict with her convictions. “Simply put, I am committed to recyclable or biodegradable packaging and do not want to contribute to a landfill. It has been an obstacle to scaling up. I think there is an opportunity to educate consumers by telling them that metallized plastic can only be burned or buried. It isn’t biodegradeable.” she says.

The highs and the lows

Huda wants to make her bars accessible to more people and is also working on expanding her product line. She wants to get more people involved, so that she can train them and help “develop libraries in their heads,” to do more with the resources they have. Huda wants her bars to tell stories of the people she works with like the bee-keepers and the farmers, and explore all that India is capable of providing, produce-wise. She says, “You can use money to do good things also.”

Huda says she feels blessed that there have not been too many ugly episodes in a business that she loves. Till date, she has had to refund only one customer because the courier company misplaced the packet. The highs have been more frequent and Huda still experiences one every time customers send her a thank you note, saying they loved the bars.

As long as that keeps happening, Huda is in a happy place.

Register on Sellfie by downloading the app or visiting http://www.sellfie.com/, and check out The Huda Bar.