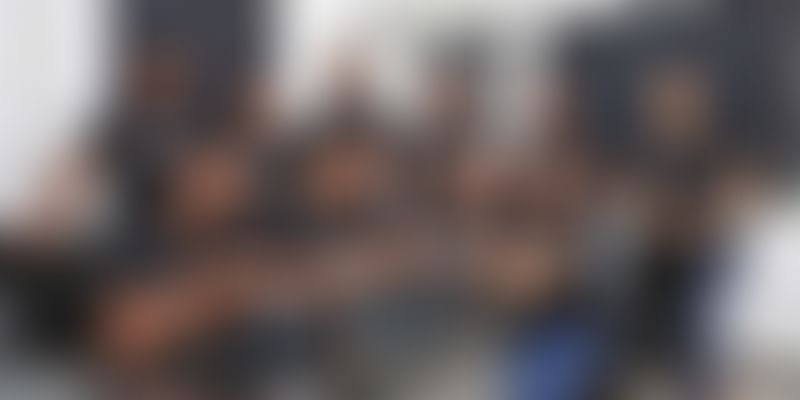 Startups in India are bravely moving ahead to make virtual reality (VR) become part of our day-to-day lives. A Pune-based startup is investing efforts in the virtual tourism space, documenting Indian heritage sites and tourist places within reach along with providing various real estate VR solutions.

Digital Art VRe (DAVRe) formed its VR wing in 2015 in Pune and now has touchbase offices in Mumbai and Singapore. The larger goal of the startup is to create an outfit that provides one-stop VR solutions across marketing verticals. Currently, not many such content production services are available. “The idea is to provide 360 degree solutions - right from conceptualising the content to the tech integration and the final execution. Moreover, to be able to provide these services on a scalable level (time-wise) is what we aim to do,” informs 45-year-old Ajay Parge, Co-founder of DAVRe.

Ajay had been in 3D visualisation industry since 1994 and his team attempted VR in 1996-98, but at that time VR never picked up pace because of lack of computing power and such factors. “As a visualiser, I always felt VR was the best form of visualisation. In January 2015, we came across Oculus DK2 which we immediately sourced from the US and started experimenting. I was amazed to see the results with Development Kit2 (DK2). I had a strong team and experience of two decades in 3D visualisation. We immediately started working on a Real Estate project K52 Terrace, which was a huge success,” shares Ajay.

“It was around this time that I brainstormed with Rugwed Deshpande – a like-minded professional in the advertising industry who is my fellow Director at Digital Art Virtual Reality Experiences Pvt. Ltd. (DAVRe). Having pursued a degree in design from IIT Bombay, he has been mentoring his creative team for over 15 years. His insights and streamlined vision, along with his sense of design is now a driving factor in all of Digital Art VRe’s undertakings,” he adds.

“We got a great opportunity to meet the creators themselves when we were invited to Oculus Connect 2 as Indie Developers. Palmer Luckey (Founder) and John Carmack (CTO) both corroborated our belief that experiential content is going to be big in VR. It gave us a lot of confidence to soldier on with your plan,” adds Co-founder Rugwed, 38.

As far as VR content is concerned, the startup is working in the field of marketing (experience with real estate), virtual tourism, education and films.

DAVRe began with a residential project by SR Kulkarni Developers in Pune. “They were offering a prestigious upmarket residential project with a luxury terrace that would provide a spectacular view of the Pune skyline along with features like a swimming pool, barbeque spot, a waterfall and a kids’ zone. The concept was to bring this terrace experience to life using VR technology. We created an experience using Unreal and Oculus Rift that let the audience navigate through this terrace at their own free will. The case study was featured by Autodesk as a Customer Success Story,” adds Rugwed.

But success doesn’t come easy. “We had our share of a brief lull during which we updated our delivery modules. Eventually, projects started coming in thick and fast. Since September 2015, we have seen a revenue average growth of 20 to 30 percent every successive month,” says Ajay.

However, DAVRe aims at making virtual tourism a serious business. “A lot of extensive work is required in the field of virtual tourism, especially when it comes to documenting Indian heritage sites and tourist attractions. Our aim is to proliferate more such tours so that more people can be inspired to visit the actual places in real life,” says Rugwed.

DAVRe looks up to agencies like The Mill, Framestore, ILMxLab and many others. “They have come really far in a very short span of time. We admire them for their initiative to quickly jump onto the VR platform and come up with high quality work at the same time. We strive to learn from them. We aim to cater exactly to client requirements by designing our VR content specifically around them. In VR, user experience is definitely the name of the game,” adds Ajay. The startup has served more than 14 clients across domains including Gujarat Tourism and Colombo-based ANPG (Iconic Development). The startup that earns revenues from content-production fee from the clients, plans on increasing industry verticals in the next five years.

There would be 171 million VR users by 2018 worldwide, while VR revenue increase is expected to reach $4.6 billion from VR software increasing by 3000 percent. The combined VR and AR market is expected to rise to a $150 billion market by 2020 with multiple levels of functionality across sectors – some yet to be discovered.