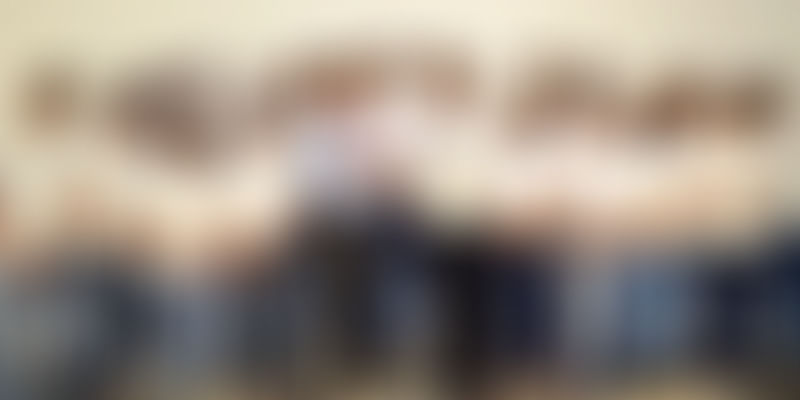 The Indian retail market (90 percent) today battles with challenges of managing inventory, competing with e-commerce stores and clearing existing stock. As if this were less painful, there are local and national competitors to further cut their business. A large number of startups would think of luring these retailers onto already crowded e-commerce platforms where these retailers would die in oblivion since they don’t know the tricks of the trade. Very few startups would truly worry about the daily management and inventory challenges the retailers face. Easy Retail For You (ER4U) is a latter category startup that is enabling retailers to manage their store sales (including inventory, purchase, sales, HRM, CRM, accounts) and e-commerce channel sales in a simple to use software.

Based in Bhopal, ER4U is truly helping the retailers to increase their sales, centralise their inventory and making the same available on all of their stores and e-commerce channels. Launched in June 2015, ER4U has so far served more than 50 retailers in Indore and Bhopal.

The real issues in retail industry

Retail industry in India is valued at $600 billion, it is projected to be $1 trillion by 2020. India has currently 15 million retail outlets out of which 30 percent are urban retailers and 10 percent are currently organised. This means, it’s a $4.5 billion direct market size.

Of course, there’s much scope and money but what does it mean for most retailers? When ER4U founders Abhinav Saxena and Sohil Bansal sought answers to this question, they couldn’t ignore a major gap.

“Over a period of eight years running retail family business, we were aware of a general retailer’s pain points. As we dug deeper, we realised that their traditional approach to doing business was made worse due to their discomfort with today’s technology. They still operated without much infrastructure or business management for scaling up. Even if they were trying to move to e-commerce or installing relevant software, using these means efficiently was still a far cry,” informs 29-year-old Sohil.

“Imagine, the stock of crores of rupees incurring losses in the dearth of well-integrated supply chain management. Saying that 90 percent retail is unorganised was one thing, doing something about it was quite another. But that’s what excited us the most,” shares 25-year-old Abhinav.

“We knew we weren’t the first ones to come up with the idea of an inventory management software, but we at least wanted to be the first ones to simplify it. We included only those things that a retailer needed on a day-to-day basis – nothing more, nothing less,” he adds.

ER4U has indirect competitors in the form of inventory management solution providers such as Retail Ware, Gofrugal; accounting software such as Tally or multi e-commerce sales channel integrators such as Unicommerce, Browntape and Blubox.

“Our goal was not to beat or compete with any of these startups. We just intended to simplify the software enough that any seller who has barely passed class 5th should be able to use it. The biggest challenge with Tally or any ERP software is they are way too complex and they can perform one or other function. For instance, Unicommerce only manages your orders, you still have to upload information manually,” informs Sohil.

In common parlance, retailers get a simple cloud-based ERP solution with a mobile application that allows retailers to manage a plethora of activities such as barcoding, SMS, scheme discount, membership cards, etc., all on an easy interface with the click of a button. In addition, ER4U is onboarding suppliers so that a whole community of retailers and suppliers is created for better networking, sharing of information and inventory management.

Within the starting phase in few months, ER4U claims that they had a revenue of INR 9 lakh while their clients have processed more than INR 10 crore worth of transactions using the platform.

“There’s also hyper-local advertising on mobile app and e-commerce among other ways. Right from the first time when we had served our first client (Sarha Footwears), we have generated revenues,” adds Sohil.

The two founders Abhinav and Sohil had first got connected over phone through a common friend. They kept discussing the idea for months over phone, since both were stationed at two different cities. Even when their first beta product had begun generating revenues, the two had never met. “I met Sohil for the first time during the formal launch of our product in June 2015. That was the level of trust we both had developed in each other,” shares Abhinav. Both Sohil and Abhinav have a BE degree. Sohil has spent seven years of working in a retail family business, while Abhinav has founded several startups in a span of six years. The team of 15 people is guided by senior advisor Amit Pamnani (32) who has an experience of eight years in finance and investment.

ER4U has plans of scaling up to 12 more cities in the next 18 months apart from developing one click solution for retailers to become online sellers with their e-commerce platform (aursocho).

On the one hand, there’s a digital divide between Indian e-commerce and a large part of the retail market, on the other, startups like ER4U are striving to bridge this divide and create value from a viable business model.