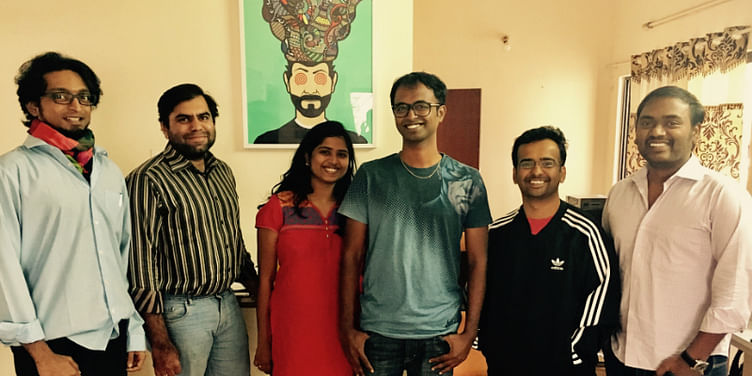 Flixy Games, a Bengaluru-based gaming studio announced on Thursday that it had launched ‘Avatars Clash: Comet on Mahaar’ a role-playing game(RPG) in partnership with foreign gaming studios and also raised a seed round of $425,000 from Rebright Partners, Japan.

Founded by Felix Manojh (an IIM Calcutta alum) Flixy Games started its operations in March 2016. Five out of the six team members earlier worked at Zynga. As a publisher of mobile games, Flixy Games' predominant focus is the Indian market. Their modus operandi includes partnering with foreign gaming studios to provide Indian versions of the same game, with changes in storyboard and characters, thereby making it more friendly for Indian audiences.

Having spent a long time absorbing and studying the changing landscapes of film, TV, and gaming, the Flixy team is confident of its ability to provide relevant cultural flavour to localised games and make them more fun. So far, Flixy has partnered with Japanese gaming studios such as Axelmark and Fields Corporation and aims to partner with more in the future. Of the launch and funding, Felix said,

High-quality games that also complement the theme are growing lesser in number day by day. The bar is set very high on international games, but the same cannot be said for India. My team and I wish to change that and give Indians the high-quality gaming experience on their phones with games that also cater to our unique aesthetic.

'Comet on Mahaar’ is a strategy RPG multiplayer online battle arena and begins when a comet crashes into Mahaar, a fictional city in a fictional land called Bharat. Various heroes venture in search of what the comet has brought. The original game is credited to its creator, Axelmark; however, Flixy Games handles production, running the game as a live service, and customer support. It also incorporates monetisation strategies suitable for India.

We strongly believe that gaming in India is about to witness revolutionary growth on the back of cheaper 4G data and smartphones. Felix and his team have a solid foundation in releasing world class games with their experience at Zynga and we are excited to back their vision.

The mobile gaming sector is quite lucrative and developers generally monetise through ads or in-app purchases. According to PwC, mobile gaming revenue was an estimated $8.76 billion market in 2012 and is expected to reach $14.41 billion dollars in 2017. Strategy RPG games make up 10 of the top 20 grossing games in Google Play (97 percent OS market share).

India isn’t far behind in statistics; it now has 462 million active internet users (out of a global total of 3.63 billion). Also, internet usage is growing in India at a rate of 90 percent while the global average is just 19 percent. India also has an estimated 1.01 billion mobile connections and 153 million social media users, of which 130 million are on mobile.

Internet on remote handheld devices has become cheaper and more accessible. The launch of Reliance Jio has led to lower data prices and increased 4G connectivity. Some of the other popular game publishers in India are Udupi- based 99Games, Octro, Dumadu Games, and underDOG studios.

Flixy plans to launch at least four games by or before mid-2017, while the next game in the pipeline is an arcade third-person shooter game. Felix noted,

We are also modifying the story to an India vs other countries setting. These will all be of high quality, way better than what’s already available in the Indianised format.

Felix also noted that gaming is a great market to be in as there is a lot of room to grow in India, riding on the smartphone and data growth. He also sees the need for more publishers to handle the launch of games so that game developers can focus on creating more games.

'Comet on Mahaar’ is live on Android and will be live on iOS in the next few days.