Are investors shifting their interest towards international e-commerce companies? 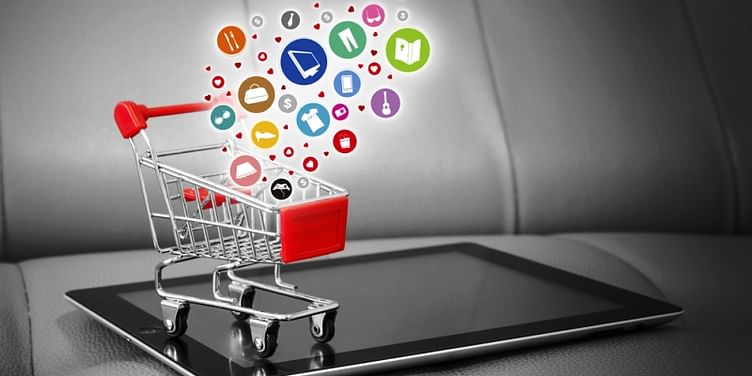 They say Indian e-commerce is booming, demonstrating a year-on-year growth rate of over 60 percent! Morgan Stanley predicted that by 2020, this domestic market will be worth $119 billion. Making a beeline for Indian startups, investors had pumped in $7.4 billion in 2015, an upshot of 57 percent compared to the previous year according to Tracxn, a startup intelligence platform. Unfortunately, a majority of e-commerce players are paying the price for the unreasonable exuberance of investors. Amidst this bombardment of money, people seem to have ignored unit economics, without which a business can't survive. Thus, the fact that the market is flourishing has become yesterday's news now.

Although India is only one rank behind China among the ten most rapidly growing economies, contributed by a number of home-grown leaders, the markets are now becoming very competitive and congested. At present, domestic e-commerce players have started focusing more on consolidation of services as opposed to growth and expansion. They are decreasing their burn rate to secure markets for the future. With the jubilation around startups in India fading and questions being raised about their long-term sustainability, leading Indian investors have started to pull the plug on some investments and are focusing their attention on other developing economies and unorganised markets.

According to eMarketer, the year 2017 expects to see global online sales of over $2.3 trillion. While online sales in the US, Canada, and the BRIC nations are significantly growing, China alone is expected to outshine the US e-commerce market by 2016. The escalating e-commerce market is being driven by a rapid expansion of the internet and use of mobile devices, along with better payment options and advanced shipping mechanisms. There has never been a better time for leading venture capitalists to start thinking about pumping money into the international e-commerce space.

Unlike a basic Indian online shopper who uses e-commerce portals primarily for research and not to purchase high-ticket items, consumers from developed economies have a higher tendency to buy products of high-value categories online. For instance, an online shopper in the US makes an average of six times more online transactions than an Indian shopper. Moreover, unlike price sensitive Indians who tend to opt for Cash on Delivery (COD) on a majority of transactions, US shoppers generally go with pre-payment.

In India, people have recently started buying real estate and even automobiles online, but fashion and electronics have always been the most popular categories for online shoppers. Unfortunately, the country lacks in the area of online grocery retail, whereas in the US, grocery retail and logistics are highly evolved. India’s logistics infrastructure is still not up to the mark as there is no dedicated e-commerce company established so far that has been able to scale up its operations to reach out to all the postal codes. Perhaps the low internet penetration in India is to be blamed, as it results in low pan-India demand for e-commerce. Even though players are now emerging in this segment, the space is still taking root and is nowhere near the US in terms of popularity.

While making investments in the international markets, the VCs of today are mulling over a lot of aspects, including a sustainable business model, a coherent road map in terms of scalability and product development. They also want to take advantage of being the early movers for investing in upcoming ventures from the developing economies. When e-commerce wasn't even as giant a phenomenon in India as it is today, some of these VCs became the growth-drivers in this experiment by putting in money. Therefore, it can't be denied that it was to a certain extent they who created a market where there was none.

Some very prominent examples that have marked the interest of VC’s in Indian e-commerce companies are Tiger Global’s investments in Shopclues.com, Limeroad and Myntra, and Accel Partners’ investments in Myntra and Flipkart. Interestingly, Flipkart has seen investments from four major funds — Tiger Global, Accel Partners, Steadview Capital and DST Global. Online fashion startup Voonik has also raised $20 million in Series B funding, led by Sequoia Capital. Then there is Salebhai.com, which raised Rs 10 crore in funding from Brand Capital.

Once they start considering cashing in on these investments, not only will this bring in a healthy return, they can also look forward to investing in multiple markets and creating a synergistic global e-commerce ecosystem through smooth imports and exports. Creating a global ecosystem will eventually help in cutting down the complicated and tedious paperwork, thereby increasing the revenues for both the e-commerce players as well as the countries.

So where does this leave Indian e-commerce by 2017? The Indian government is interested in seeing the country's e-commerce ecosystem expand, and its guideline to introduce 100 percent FDI in marketplaces underlines that interest. No doubt Morgan Stanley’s new estimate of $119 billion in 2020, as opposed toi $102 billion seen previously, is thanks in part to this initiative by the government. There is indeed a brighter side to the domestic e-commerce industry's consolidation period, which could take the industry to 'Phase 2' of its evolution. So, by the time the Indian VCs are successful in establishing flourishing e-commerce companies in international markets, India would be back in the game with more real businesses, less reactionary ‘replica’ companies, and realistic valuations minus any bubbles.