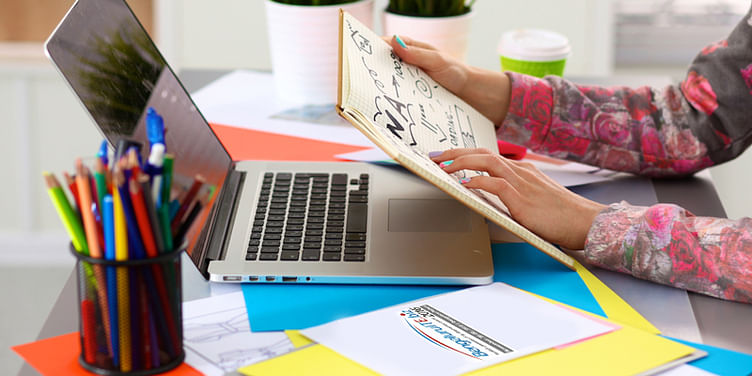 In the quest for providing fresh identity and impetus to the country’s annual flagship IT event, BengaluruITE.biz, Karnataka government has announced an online competition to design its logo.

This year’s event, conducted by the department of IT, BT and S&T is the 19th edition and will be held on a grand scale at Bengaluru Palace – the original location of the event that began in 1998 but was moved out over the years to many locations, including top hotels.

The competition is open to everyone and the winning logo designer will get to pocket Rs 50,000.

The brief is simple: To capture the spirit of Bengaluru as the IT capital of India, the fastest growing startup ecosystem and the largest tech-hub in the world.

The logo design should be an original, creative idea with memorable colour scheme and impressive graphics.

``This is an opportunity for all to express their designing ability through an artistic, thought-provoking and inspiring logo that will encapsulate what the event stands for. It should depict Karnataka’s strength and Bengaluru as an innovation hub.’’

Participants can download the entry form from http://www.bengaluruite.biz/logo-competition and mail their entries by October 2 to logo@bengaluruite.biz.

Over the years the event has shrunk and lost its sheen. This year’s BengaluruITE.biz, a three-day event held between November 28 and 30, is an attempt to revive it.

The event will celebrate Bengaluru as the knowledge and innovation capital of India. Its objective will be to showcase, through conferences and exhibitions, the achievements and prowess of the State as the most attractive destination for knowledge investments.

Kharge told YourStory that the scope of the event will be expanded to include IT, electronics, design, manufacturing, animation and gaming. For the first time, the semiconductor industry will also be welcomed. ``The event also provides an opportunity to publicise the enabling policy framework of Karnataka and attract investment in such sectors. We wish to create a positive sentiment regarding the facilitating role of the State in promoting ease of doing business,’’ he said.

Karnataka has been the first State in the country to welcome the IT industry from abroad as well as encourage domestic companies to set up shop here. It developed Electronics City, a hub for the IT industry on Hosur Road, and collaborated with Government of Singapore to build and create Software Technology Parks of India at Whitefield, both of which still remain premium addresses around which the ITeS industry grew over the last two decades.

The city is home to over 3,500 prominent IT companies, 450 global R&D centres and hosts 80 percent of electronics design hubs. It is now rated among the top 15 global cities that act as startup enablers. Additionally, the IT powerhouse contributes to nearly 40 percent of India’s global IT exports.

It is also growing as an animation hub and the city-based studios contributed to the making of Hollywood blockbusters like Life of Pi, Skyfall, Spectre and, most recently, The Jungle Book.

“ITE.biz has over the years become a marquee event. Through this logo competition, we hope to take this engagement process a step forward and ensure the event gets a new and renewed identity keeping in line with the event’s theme of `Define the Next,’’ Kharge added.