QuestionPro delivers the answers to all your questionnaires 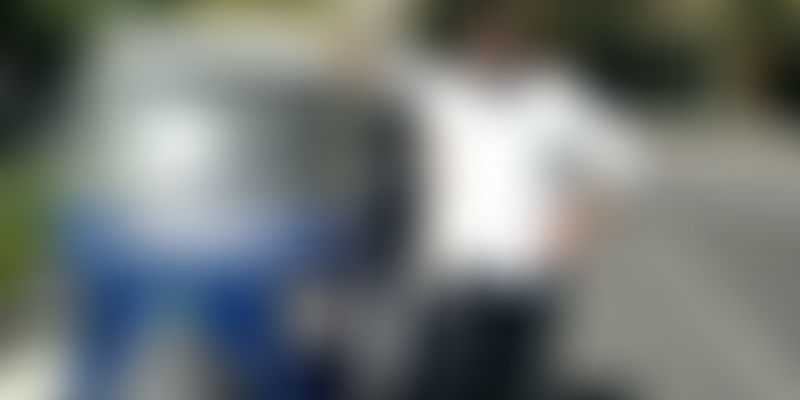 What is a survey? According to a definition in the Oxford dictionary, it is to investigate opinions or experiences of (a group of people) by asking them questions. And why is it important? Because it uncovers answers, evokes discussions, helps in decision-making and provides a snapshot of attitudes and behaviours of the target survey population.

There is nothing new about the survey idea. We all have conducted some surveys or have been participants in them, even those who hate filling up such forms.

Today, surveys have become more scientific. Questions are strategically planned and structured in the best way possible in order to receive the most accurate data.

There are even websites that offer survey solutions, and QuestionPro is one of them.

In the early years of 2000, when Vivek Bhaskaran was a student at Brigham Young University he met a market research professor who was conducting a survey on his research project. The professor told Vivek how designing and developing a survey is a cumbersome and repetitive job and eats up a lot of time.

There itself Vivek thought of introducing a solution that will eliminate the lengthy designing process and create a generic platform where anyone could create, deploy and analyse surveys. After graduation, he worked for a tech consulting company.

In 2005, he launched QuestionPro in California. The company has its Indian presence in Pune. “It is a fully do-it-yourself (DIY) platform where anyone can create, send and analyse surveys with purely drag-and-drop features. The analysis is fully automated and instantaneous with complete dashboards for 360-degree view of the data collected,” says 39-year-old Vivek.

He says it is the only survey platform that has four separate product lines for different needs such as surveys, communities, workforce and customer experience. Surveys includes basic market research. Communities allows users to create their own communities for conducting surveys. Workforce is the human insights platform for employee engagement and workforce insight surveys. It also offers a product for customer experience surveys.

Besides, SMS surveys, offline data and artificial intelligence systems further help users and businesses. This separation helps the company to better pitch its platform to clients based on their survey needs.

Starting out of personal savings, the primary segments where Vivek invested in were search engine optimisation (SEO) and search engine marketing (SEM).

“So, we were selective about some of our enterprise customers. We couldn’t afford to lose money on enterprise deals. We had to churn a profit, so that we could invest the profit into other initiatives,” he says.

He adds that the biggest challenge while starting the business was to figure out customer acquisition. Since he was bootstrapping the business, he had to find a new way of customer development and acquisition that did not rely on a massive marketing budget. He found that via SEO.

Today, the platform claims to create over one million surveys every month and over 10-million responses collected in that same period. It also has over five million users worldwide and over 15,000 business clients spanning across 40 nations. Questionpro has 25 percent of all businesses and users in India. Some of the major global clients are Toyota, Samsung, SIEMENS, Motorola and Hayatt. In the list of Indian clients is Myntra, Vistaprint, TCS, Indigo Airlines, Tech Mahindra, Deloitte and HCL.

In the academic sponsorship programme, the platform gives a paid licence for free to all universities and colleges across the world for use by students, professors and staffs. So far, it has offered services to 3,000 such institutions globally, of which 600 are in India. This includes all IIMs, almost all IITs, NITs and nearly every major college. According to the platform, it expects to enrol over 1,000 colleges by the end of this year.

It also has a startup empowerment programme, under which it gives out corporate grade licences to innovative startup businesses free of cost.

“We do not make any profit out of these two initiatives and they are simply part of our CSR, where the objective is to instil the idea of data-oriented decision-making into the future of the workforce and budding entrepreneurs,” explains Vivek.

The business works on the freemium model. It ranges from being absolutely free for a lifetime to $500,000 annually for large-scale businesses. It is the flexibility of pricing that gives it a major edge in the market.

The annual turnover of the company is currently around $10 million, with year-on-year growth expected to be 60 percent. It expects to hit the $15-million mark by the end of this financial year.

In India, particularly, the challenge is in awareness.

According to Vivek, companies need to know that flexible survey software like ours exist in the market that can save them hundreds and thousands of dollars every year in market research and employee engagement studies.

“We are slowly but steadily changing the habit of some businesses to guess certain decisions based on uncited data online - to conducting their own research surveys. Here our academic and startup sponsorship programmes play a key role in educating people about survey software and data-driven research at large,” he explains.

Experts says that every business needs to conduct surveys, whether they are B2B, B2C, a startup or an MNC; everyone needs data-oriented decisions. Given this, the market in India is huge and so is it internationally.

In this space, SurveyMonkey and Qualtrics are the two other global players that are offering solutions worldwide.