With over 70 venture deals closed, Roma Priya’s Burgeon Bizsupport aims to be a ‘one stop legal shop’ for startups 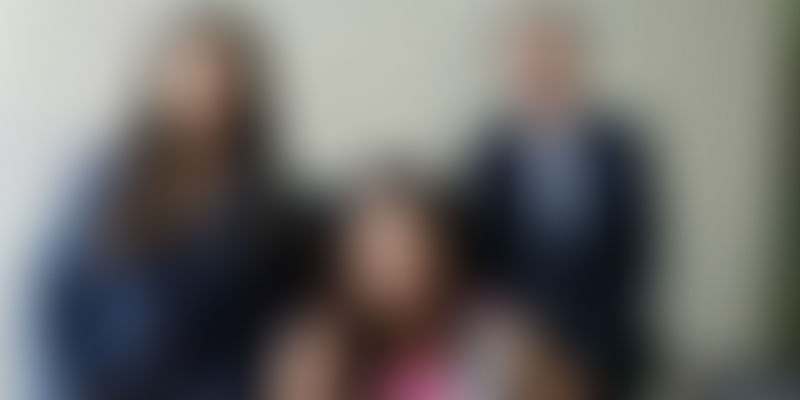 Startup life is not easy, and most early-stage companies have to fight a lot of uphill battles before tasting success. Most founders and early employees generally have the necessary skills and experience when it comes to technology, sales and marketing; but only a few have the necessary knowledge about keeping legal bases covered and understanding the finer aspects and implications of a term sheet.

Roma Priya, a Delhi-based lawyer, and founder of Burgeon Bizsupport, has so far represented over 80 clients and structured about 70 venture deals, including seed and angel-stage as well as Series A and Series B funding rounds. In a conversation with YourStory, Roma shared about how and why she ventured out on her own with Burgeon, the highlights from her journey and some of the learning's from her journey. Here is her story.

The world of law came naturally to Roma as she was born into a family of lawyers, with her grandfather, uncles and cousins practising law. She has memories of seeing her family members argue cases in court and also spending time in her grandfather’s library going through cases.

Roma went on to pursue a degree in International Business Laws and Corporate Laws at Symbiosis International University. After graduation, she went on to join the Asset Reconstruction Division of a popular Indian bank. She worked there for over a year, but found the work to be a little distressing as it mainly involved suing people and recovering money.

At my earlier job, it was about suing people to recover money and here [at Sand Hill] it was about helping people get (raise) money. On a personal level this was more fulfilling.

One of the first deals she was involved at Sand Hill was in Sequioa’s investment in Freecharge. Roma enjoyed the process and recalled that it was at this stage that she knew that she had found her calling in life.

She stayed at Sand Hill for about four years learning more about the startup space and gaining experience about the different legal aspects involved. Talking about one of the major changes between then and now, she noted that back in 2011, most VC firms would invest only in tranches. But now, startups are more keen to close larger rounds and also the designated Series A, B rounds as the startup space is now more mature and everyone keeps a close eye on a startup’s valuation.

By mid 2015, Roma was an experienced lawyer, well known in Delhi circles, and she started receiving a lot of incoming leads and referrals from potential clients. Closely working with entrepreneurs, Roma too was hit by the entrepreneurial bug and decided to venture out on her own.

Roma officially founded Burgeon Bizsupport in October 2015. Having been entrenched in the startup ecosystem for the last five years, she aims to now use her learnings and experience to create a ‘one-stop support system’ of services to entrepreneurs, early/growth stage companies and investors. The company name ‘Burgeon,’ which originates from the Anglo-French word ‘burjuner’, loosely means ‘to grow’ or ‘to bud or sprout’ and suited Roma’s long-term vision for her venture.

While her family has been supportive, Roma noted that since they were mainly litigation lawyers who were at home in courtrooms, they are still confused as they don’t fully understand what she does.

“I have been asked if I am an investment banker now as I am constantly talking about investments and term sheets. Some of my family members don’t think of me as a lawyer anymore, ” she laughed.

Burgeon Bizsupport represents both early-stage startups and large ventures to help them better understand their legal options and ensure they understand the intricacies of the documents that Roma helps them draft and sign.

Roma noted that work has been rewarding with all the firm’s business coming organically. But while business has been good, it can be unpredictable as well. She said, “There are times when we don’t have a big client and then suddenly we have five and things get hectic. I try and stay positive and focussed all the time.”

About her overall career choice, Roma said that while her family had a little influence in nudging her into the legal space, she found her ‘own wings’ and is happy about her firm’s accomplishments. Roma is also one of the few women lawyers in the startup space with Bengaluru-based Avigna Law Advocates, run by Chitra Raghavan and Kshama Ravikumar, being another all-women firm that represent startups and VCs.

According to Roma, many early-stage startups need handholding when it comes to legal aspects like incorporating or structuring deals, while others have a lot of doubts about fund raising. She said, “Fund raising can get complex if there are foreign investors as a lot of RBI compliances comes into the picture. Also, a lot of the companies are not structured right in the initial stages, which makes the legal diligence stages more complex.”

Roma’s objective for Burgeon is to build the company into a venture-focussed boutique practice that provides cost-effective, experienced and reliable legal advice and customised business solutions. While she currently has a team of four, Roma also relies on strategic partnerships with other prominent lawyers to leverage each other’s strong points.

On the Indian startup ecosystem as a whole, Roma feels that there is a huge market to be tapped and a lot of startups show great potential but need handholding and legal guidance from time to time to avoid ‘legal landmines’ and ensure they are on the right track.