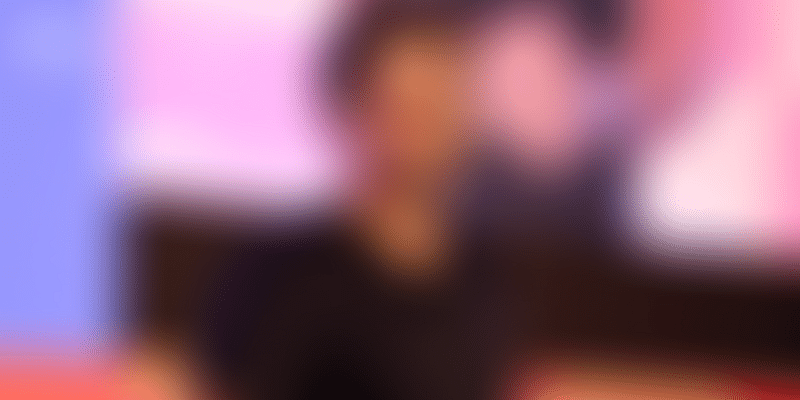 "The journey of BookMyShow began because of smoking and alcohol. I don't smoke, but nor do I have a problem with people who smoke. I used to work in advertising and everyone has chai and cigarettes; I would wonder why J. Walter Thompson (JwT), allowed smoking, little did I realise that ITC was their biggest client. I wanted a break, and took off for a holiday," says Ashish Hemrajani at TechSparks 2016.

This was one of the events that led to the birth of BookMyShow. What added to this, actually creating the business, was a series of events during Ashish's trips to South Africa and Botswana in the late '90s and early 2000s. It was a road trip and a backpacking journey, and while here he heard on the radio that people could buy rugby tickets. This got Ashish thinking about how this was something that could be done in India.

It was the seed of the thought that would be a point of establishing BookMyShow. But here again it was alcohol that actually pushed Ashish towards starting the business. Explaining how, he says:

"I remember standing in these long queues. There were these pigeon holes for ticket bookings, a customer would get lathi charged by the cops for standing for long in the lines. I didn't think too much and continued my journey."

His journey took him to a wine growing region, where you can have wine for free. Explaining his experience, Ashish recalls that when people have cutting chai, everyone becomes colloquial, but when they drink wine, they speak differently.

"But I am different; I am an Indian, and I didn't want to waste any good red wine (by spitting it out). So by three in the afternoon, I was smashed out of my brains. It started with smoking and ended with alcohol. I was on my youth hostel bed and I sent the most expensive message worth Rs 186 to my boss, and said I was quitting. I realised this only the next day."

Coming back to Mumbai the next day, Ashish realised he was out of a job and started with a business plan and spoke to a couple of investors. After that he sent a fax to Chase, and BookMyShow was funded with Rs 2 crore. Those were the days of the dotcom boom.

In 1999, BookMyShow had more calls than any online bookings and was probably one of the few companies to start cash on delivery. Though BookMyShow received funding from Newscorp in 2001, by 2002, the dotcom bust got the team down from 150 people to six. And the team moved from a 2,500 sqft office to a house in Bandra.

That is where the hockey stick growth happened and the team decided to focus on building the ecosystem. "We started running call centres, installing ticketing software, running white label services for events. But you can find simple solutions to complex problems by using common sense."

The ride, however, wasn't easy. But as an entrepreneur you do not have any options. Ashish says:

A pessimist says the glass is half empty, an optimist says it is half full. An entrepreneur looks at the empty section and adds some scotch either to enjoy the journey or be too drunk to bother.