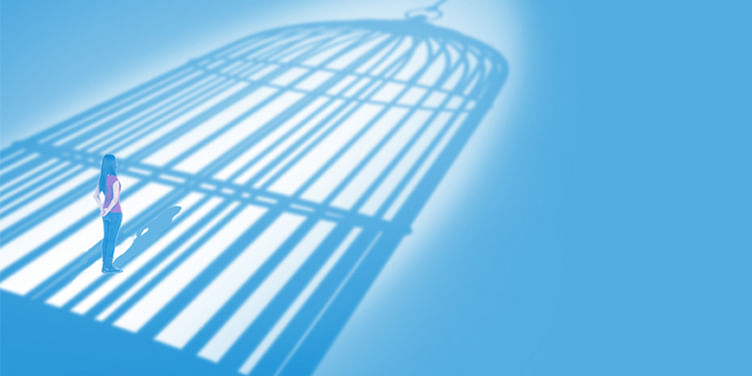 Circa 2016. The road a woman leader travels is yet rocky. Not just rocked by the challenges of delivering on her work responsibilities, but more by battling with stereotypical mindsets and expectations of men, other women and hers.

Having an aspiration to be a leader becomes a load she singularly carries and it intrigues me – this intense drive for achievement that burns in most women who put their hat in the ring for leadership roles. Having travelled that road and shared many other travellers’ journeys, I get it now that the potholes and obstacles to negotiate here are mostly all within us.

It is important to recognise that it is mindsets you are battling whether of your extended family, peers, social network, colleagues, or even your own upbringing and that is the start. Conventional expectations will surround you at all times and the strength to battle them will come from your own clarity on “who do I want to be – myself or a mix of others expectations.”

Having a belief in your own aspirations is the foundation and “guilt” the sister to avoid. Charting your own path will give rise to conflicts in your own mind. You will constantly be questioning yourself and the path you have chosen. Rocked by the turbulence your decision creates, your boat will traverse rough waters. This is the time to hold on tight to your aspirations. Sister Guilt needs to be surgically removed not buried or ignored.

Guilt 1: Am I being a good parent?

This is a top of the list guilt and perhaps, one of the biggest “guilts” holding women back. They, like their colleagues and society believe that a successful career equals to poor parenting.

A mother who is fulfilling her aspirations is probably a healthier contributor to her child’s growth. A colleague, who worked hard over four years to attain her PhD from a leading institute, was good and capable at her work and chose to not be true to her talent. She let guilt overcome her at every small challenge that raising her seven-year-old son brought – from running nose, to school project – and absolved her husband totally from parenting responsibilities.

She chose to pursue parenting only since to her, good parenting meant being available 24X7 to her son, in wait mode, and not about becoming a richer personality to contribute to his upbringing. Missing entirely the manifold benefits her son would gain if he had a mom who was an active believer in her own capabilities and talents!

Guilt 2: Am I being a feminist?

Miriam Webster dictionary defines feminism as “the theory of the political, economic, and social equality of the sexes.” The Urban dictionary has an even more powerful definition: “The basic idea of feminism revolves around the principle that just because human bodies are designed to perform certain procreative functions, biological elements need not dictate intellectual and social functions, capabilities, and rights.”

Feminism is not militancy and feminists are no militants. Yet, women cringe from being called a feminist or being slotted as one. Standing up for equality – whether it means not being the “default coffee organiser” at office meetings, being labeled as “assertive,” or laughing at sexist jokes -- we women need to stop our anti-feminist behavior. We are not just causing problems for ourselves but for all women by not speaking out. Tolerating sexism is just not done! Never feel guilty for standing up for equality each time and every time!

Bereft of any women role models, generations of women have structured their work experience around the men they have grown up around, read about or been taught about.

They bring to work, aggressive, no-nonsense personalities – very “alpha male” in their orientation. In the workplace, they merge with the men – one of the suits -- literally and figuratively. Their own distinctive ‘female’ sensibilities have been buried resulting in the workplace loosing the diversity of viewpoints / thoughts / perspectives which only women bring.

The very uniqueness of ourselves is what we leave behind, while heading to work. So be the person you are, the woman you are and bring the whole of you to your workplace – always!

Yes, life is not simple. I am sure in your own personal situation you see complexities which hold you back. Do remember, its not always the big leap which is needed to start off – its fine to take small steps and begin your journey.

So pick the three small things you will start doing, stop doing and continue doing to keep your leadership aspirations alive, healthy, and rocking.