Adhil Shetty, BankBazaar CEO, on scaling up and international expansion 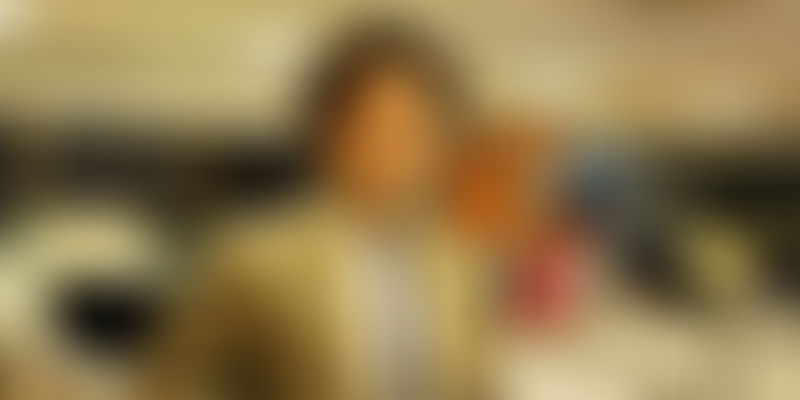 Founded in 2008 by Adhil Shetty, Arjun Shetty and Rati Shetty, BankBazaar is an online marketplace that aims to improve financial awareness by providing consumers instant customised rate quotes on different financial products. The company counts marquee investors like Walden International, Fidelity Growth Partners, Mousse Partners, Sequoia Capital and Amazon among its backers, with a $60 million Series C round in 2015 being the most recent investment. Against the backdrop of the recently concluded TechSparks 2016, YourStory caught up with Adhil to gather his thoughts about the fintech and startup spaces.

Looking back at the year BankBazaar was founded and comparing it to the current state of the startup ecosystem, Adhil sees a lot of changes. The number of investors looking to back startups back then was one-third of what it is now, and very few had Indian offices. The scenario has changed now — home-grown and foreign firms that actively mentor and back startups have offices in multiple cities.

Back in 2008, the concept of starting up was uncommon. MNC jobs were considered to be the best for one’s CV and future prospects. Now, however there is far more awareness and people are interested in taking calculated risks and joining startups for the learning potential and other upsides (ESOPs) that starting up brings.

Adhil agreed that getting proof of concept, initial traction and raising external funds is only the first step in a startup’s journey. Many Indian startups see raising funds as the goal, while it is, in fact, an opportunity to prove themselves. Adhil said,

Once you raise external funds, you are accountable for it. You need to scale up operations and give your investors an exit, for the belief they have shown.

Based on his journey at BankBazaar, Adhil believes that the most important challenge to keep an eye on while scaling rapidly is focus. It is easy to lose focus and go after things that make sense for the short term but do not make sense for a company’s long-term vision.

Investors bring a lot of value to the table and often share best practices they have observed in the industry across different demographics. In his own experience with BankBazaar, Adhil said their investors actively help them, as needed. Adhil also noted that while one should actively listen to investors, it is equally important to evaluate and weigh the pros and cons of each move. He said, “At the end of the day, you are accountable for the success or failure of your venture.”

UPI, the trump card for fintech?

The National Payment Corporation of India (NPCI) launched the much anticipated Unified Payment Interface (UPI) earlier this year. Since then, a few Indian banks have released mobile apps built on UPI’s infrastructure for consumers to leverage. Being actively involved in the fintech space, Adhil believes that UPI is a potential game changer for the payments space in India. He said, “UPI is one of the most sophisticated payment solutions I have seen.”

While UPI offers numerous benefits, Adhil feels the system is not yet being fully adopted by some of the big banks, keeping it out of reach of the Indian market. Similar to how BankBazaar had to educate the masses about different financial products in their early days, Adhil believes that UPI will need to go through an “education curve” before it is adopted by the masses.

Related read: How UPI will benefit the Indian startup ecosystem

While BankBazaar is headquartered in Chennai with offices in Bengaluru, Mumbai and Gurgaon, the company set up its international headquarters in Singapore in February 2016. More recently, in September, BankBazaar announced that it was investing SGD 1 million into its Singapore subsidiary to scale up technology and build an international team.

Talking about international plans, Adhil said he is optimistic about expanding into different Asian markets to achieve their next scale of growth. Comparing the Indian and Singaporean markets, Adhil noted that while a larger percentage of the population in Singapore has bank accounts and access to other financial services, they are not always making the best choice. He said,

On a recent visit to Singapore, I noticed that people opt for the healthcare service that their bank provides, without any questions. Banks generally have tie-ups with insurance providers and are incentivised to push one service over another. Most people are not aware of this and don’t realise that these plans may not suit their needs.

So while India has a large market that has not yet been penetrated, Singapore appears as a low hanging fruit that shows a lot of potential. Adhil mentioned that while the markets are indeed different in many ways, BankBazaar won’t need to reinvent the wheel and make drastic changes to its core product to go after different Asian markets. He feels that the European and American markets are already quite saturated, but countries like the UAE, Indonesia and Malaysia are next on the horizon for BankBazaar as they show a lot of room for growth and disruption.