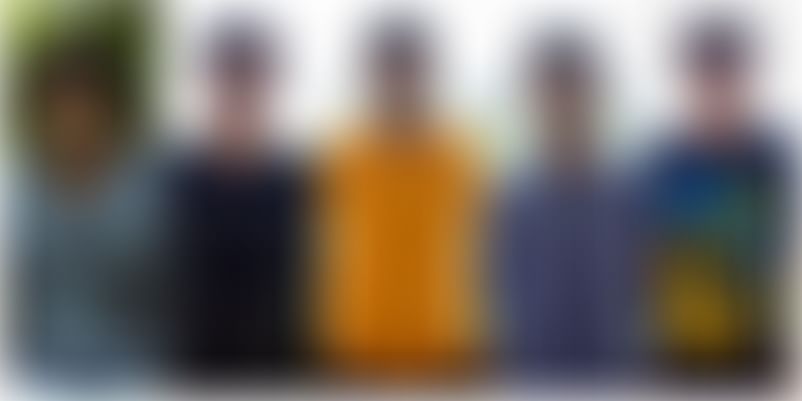 If a picture is worth a thousand words, then, according to Dr. James McQuivey’s Forrester study “How Video Will Take Over the World”, an average one minute video is worth 1.8 million words, which is roughly 3,600 pages of text. While the exact math behind the number is debatable, videos do throw a lot of information at users in the form of sights and sounds, and it can get difficult to process everything. Mainstream movies also hide major plot points and ‘easter eggs’ in plain sight, but not all audiences are able to pick up on them in the first viewing.

The other issue with video is that everyone has their own processing power and knowledge base, so keeping up with even a simple video and drawing out all the insights from it is not easy. People are able to read books at their own pace and refer to dictionaries in case they have difficulties. Five Computer Science engineering students from Manipal Institute of Technology, Manipal have a solution to this pain point in the form of their product- Flico. Here is their story.

Flico is a platform that provides relevant information from a Youtube video, as a viewer is watching it. The current version, which is a Chrome app, has two services- landmark and word meanings.

The landmark feature identifies landmarks displayed in a video seamlessly and provides viewers with relevant information like street views, nearby restaurants, and a map view, along with added value features like hotels and flight listings. The second service claims to provide the meanings of words used in a video instantly.

We gained entertainment out of it. But we realised that we tend to miss a lot of information in these videos that is useful and which a user may be curious about.

The five of them, who have been friends from the first day of college and share a lot of similar interests, realised that viewers may be curious about finding out about which song is playing in the background, which landmark is displayed in a particular scene, which merchandise is featured in the video or the meaning of a word used in the video.

They decided to start off by focussing on landmarks and word meanings, and formed Flicksys, derived from the casual word for movies- flicks. The team initially started out with the idea for an Android app, but, after brainstorming and analysis, realised that the best and easier test market in the initial stages would be that of desktops.

Hence, they narrowed down on video streaming services and decided to focus on Youtube, which is the most popular platform, with an estimated 70 percent market share. They then realised that a Chrome app was their best bet, and started working on it.

The team launched their product on the Google Chrome store in September 2016, and racked up over 3,000 downloads in the first week of their launch. Flico then went on to be featured on the Chrome store and also got a good reception after being hunted on Product Hunt.

The team also tasted success when they were picked as the winners of AngelHack Manipal and were invited to pitch at AngelHack’s Global Demo Day at Silicon Valley in the US. AngelHack is a pre-accelerator in the US with a $40,000,000 startup portfolio, and counts investors like Mark Cuban (Owner of the Dallas Mavericks) and Ben Parr (Co-Founder of DominateFund) as advisors.

As a bootstrapped venture, Flicksys has so far relied on word of mouth marketing to gain users, and has an estimated 4,190 downloads so far, with about 7,953 queries served. While Flico has seen users globally, the majority of their user base comes from the US, parts of Europe and also India.

Yash noted that IBM is their official backend partner and has provided the team with $34,000 of digital resources to leverage. He said,

Flicksys’ advisory board comprises of Radhesh Kanumury, Country Lead, IBM India; Arun Shanbhag, Professor at Harvard University; and Kartik Mandaville, Founder of SpringRole. They have been guiding us through our journey.

Flico is currently free to download and use, and the team aims to keep it free for users. The team has figured out multiple revenue streams for different modules. For the landmarks module, Flico displays flight listings and hotel listings, and earns commissions for any transactions through their platform.

They have other plans in the pipeline as well, and aim to launch a music module in the future to help users identify songs and then buy them through a service like Spotify, with Flico pocketing a commission on the transaction.

Leveraging machine learning algorithms and artificial intelligence to visual search is a big market for different sectors. According to IDC research, the AI analytics research industry will grow to $70 billion by 2020 from $8.2 billion in 2013.

Among the interesting players in this space is Mad Street Den, which recently raised a Series A round from Sequoia India and others. Then, there are players like Visense and Snapshopr. Yash noted that while there are some companies that are working along similar lines as them on video, there is not much focus on the B2C side, which Flicksys is going after. Shazam, though, is a popular player in the music identification space.

While Flicksys has a minimum viable product in action, the team is currently looking to raise funds to further strengthen their tech capabilities and also add additional features to their product. Yash noted that while they do rely on external APIs for some of the image recognition elements, everything else has been developed in-house by the team.

While Youtube is their main focus, Yash noted that their technology could be scaled to other platforms like Netflix as well, and also within video games.

As a 1.0 version of a product, Flico works well and is able to identify national and international landmarks in videos and provide relevant and related information about them with street views, maps and nearby restaurants. The words feature doesn’t work as well, though, for certain videos, and isn’t able to provide real-time information as promised. This feature will need more tweaking to become utilitarian.