Are WhatsApp and Hike taking on Google Duo in the video calling space? 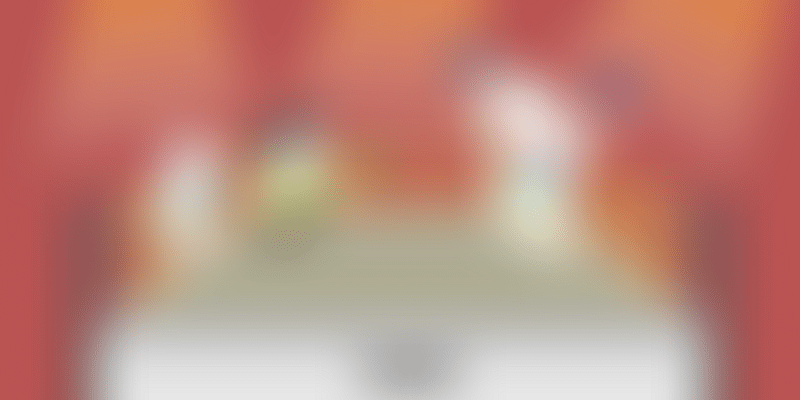 The market for communication apps is like a power play between a few old school names, each of which occupies a good share of the same. After Google launched its famous Google Allo, which many have claimed might just beat even WhatsApp, the latter decided to hit-back at the multibillion dollar conglomerate by upping its game, announcing the release of its new video-calling feature. Since WhatsApp still remains number one in the communication apps department in India, this new feature will definitely give it a cutting edge over its competitors. Not ready to settle for less, the purely Indian messenger app, Hike, also announced its plan to launch its video-calling feature, which they have reportedly been working on since last September.

Other than the fact that these new features will provide a tremendous boost to both WhatsApp and Hike in terms of user-base and revenue, it also points to the probability that it will outdo the recently launched Google Duo app in both popularity and numbers.

Before we get into the comparison of all the three apps in lieu of their video-calling features, here’s how each of them work in the same aspect:

On clicking the same call icon that you use to make voice calls, a pop-up will ask you to choose between making a video call or a voice call. You can only make video calls to those contacts who have the updated version of the app. If they don’t have this downloaded, then you can still make a video call from your side, but they will receive it as a voice call. Only Android users registered on the Android beta channel can get a hands-on experience of the feature now. It is not applicable to iOS users yet.

On clicking on the top-right button to make the video call, the option to choose between video and voice call will pop up. You can only make video calls to those who have had their Hike messenger updated after September, 2016. This feature is compatible with various network conditions, including 2G network. An additional feature – Live Caller Preview – will give the user a chance to preview before they answer a live video call. Hike video calling is not applicable to iOS users yet.

Since the interface is restricted largely to only video calling, you can click on the video screen call button on the middle of the screen and find the friend you want to call. You can only make video calls to those who have Google Duo downloaded on their phones. ‘Knock Knock’ is an additional feature which allows the person you are calling (if they have Duo) to see you while you are ringing. It is available on both Android and iOS.

Now that we have had a look at the key features, at first glance it seems that all three apps offer the same objective – to make good quality video calls. However, there are a few aspects where Google Duo may be losing out to both WhatsApp and Hike. Firstly, WhatsApp has a user base of over a billion users across the world while HIKE boasts of over a 100 million users as of this January. Other than the fact that Google Duo cannot match up to these numbers anytime soon, the convenience of making video calls using the same app you’re using to text and make voice calls will possibly make all the Google Duo users turn eagerly towards both WhatsApp and Hike.

At the same time, while Google Allo still has an edge due to the uniqueness of its Google Assistant, Google Duo boasts of no such features and is rather a simplistic video call app between two individuals. Further, there is no web-based version of Duo and it does not contain any fun features that both WhatsApp and HIKE can proudly flaunt, like stickers, group chats or even AR overlays. You also can’t block contacts on Duo alone without blocking the number from your contacts, while this feature is readily available in the others. The only advantage that Duo currently has is that it is available for download on the iOS currently. However, once WhatsApp and Hike roll out their video calling features to the iOS users, which according to both companies will be soon, then chances are that Duo is going to suffer greatly at the hands of its older competitors.