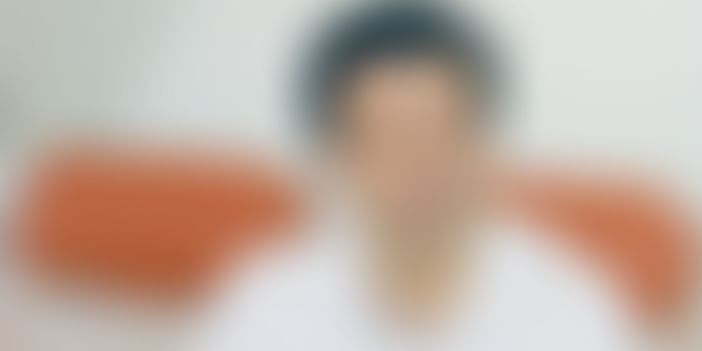 There are those who don't see themselves as workers, who want to constantly learn and unlearn in their lives. Such people are like comets; they just don't stop.

The current head of Airbus Biz Lab is one such person. When you sit with Bruno Gutierres, you realise that his battle scars are aplenty and you can tell straightaway he has absolutely no airs about the past. "You have to be humble about your experience and constantly learn from others," he says.

Gutierres has been picked by Airbus to lead the internal innovation and startup programme, to follow through the company's vision of building an organisation that is willing to learn from ideas from the outside, something which the man heading the project himself subscribes to. As he sips masala chai on Church Street at the Airbus startup lab in Bengaluru, Gutierres is busy talking to startup entrepreneurs about their business plans and is pushing technology boundaries.

Gutierres challenges conventional wisdom, right down to the acceptable attire for corporate biggies. When you are in a multi-billion-dollar corporation one gets comfortable in suits and there are expectations to meet. Gutierres clearly does not care. While his peers at Airbus dress in suits, he wears T-shirts and jeans.

"It's about being good at work. It's not about the clothes one wears. So a startup or any leader must have the ability to challenge himself and others through knowledge of a subject," he says.

Gutierres has the support of Airbus global CEO Fabrice Bregier to make ideas successful and not just bring startups to their accelerator programme as a corporate initiative. Of the 15 startups, six of them—three each from Toulouse, France and Hamburg, Germany—are being signed on as partners in Airbus. He hopes that in a few months' time a couple of the Indian startups too could be valued as partners for Airbus. "Our programme is six-months-long and gives startups access to Airbus' business platform to learn rapidly and scale up their technology prototypes," Gutierres says.

But, like everyone else, Gutierres too had to go through a period of learning. It was not an easy ride. It was a period of struggle and the process has made the man value human life and the people who work intelligently and diligently.

After finishing business school in 1994 Gutierres began to unveil his dreams as an entrepreneur. A long-time rugby player he knew right off the bat that he would not like working with anyone. He wanted to create things of value and his first business venture right after business school was to design, manufacture and sell leather jackets in his own small retail shop.

"They were nice to me. They told me the leather tannery sold me substandard low-grain skins and that the jackets could not be made," remembers Gutierres.

So, he travelled back to Mezamet from Toulouse and had to repurchase the skins. Only this time he realised how he had to trade in leather. He put in meticulous hours to understand leather quality and spent time with leather skin tanners or manufacturers to source full-grain leather. His designer leather jacket was a hit and soon a local retailer purchased his designs and shop. He did not make much money. However, it was just enough to make him think about his next big idea.

The next big adventure was the marketplace. The same marketplace that took India by storm in 2012 was started by Gutierres in France in the late nineties. The idea was to connect all sellers in markets to online consumers. The fulfillment was made by Gutierres' company from Toulouse. This company suffered a quick death as the idea was clearly ahead of its time. The difficulty, particularly, lay in creating standards and processes to package goods, as the sellers would not oblige. Also, the early days of the internet did not take people away from shopping in brick-and-mortar stores.

"So whatever money I had made I had lost by then," laughs Gutierres, adding, "I did a couple more internet businesses that were okay and brought some cash. But it really was not worth it."

But Gutierres did not want to cow down in the face of failure. At this juncture, he realised that all the businesses that he had worked with in his e-commerce business did not have websites. This made him wonder if he could usher these retailers and businesses into a new era of doing business and communications. And another idea was born.

Finally, some money and Airbus

Gutierres then began to build websites for old and new businesses in the early 2000s. He made up for all the money lost in the seven years of being in business and was finally set for life. His quirkiness and risk-taking abilities were noticed by the top brass of Airbus who brought him in to head their fledgling programme, Airbus Business Nursery, where every year 30 ideas would be selected within Airbus and nurtured to support the company if the idea scaled up. Gutierres did this for about four years before pitching to his colleagues at Airbus for looking for ideas from across the world and from outside the company, because the internal ideas were very process-oriented.

Airbus Biz Lab was born in March 2015 in Toulose, and it scaled up to Hamburg and Bengaluru in less than eight months. The current ideas are functioning across departments in Airbus. Everything from analytics to in-flight entertainment to marketing tools for sales teams to connected manufacturing platforms to fintech to procurement, Airbus and its departments are working with startups. Even the intrapreneur programme is working with startups to collaborate and learn globally.

"We are getting rid of the corporate documentation procedure to sign up a startup, which takes forever. We have made it easier for startups to work across functions in the company and easily access top brass in these divisions and also in other companies," explains Gutierres.

His message is simple:

"Take risks, change mindsets, fail, learn and succeed. But change is constant and innovation can come from anywhere."

He also tells corporate bosses not to frighten startups or even lecture them about a career path. In the end, he adds that while startups can learn from experienced corporate hands, corporates can learn from these nimble innovative ideas to change their inflexible ideation processes. Maybe that's why Airbus wants the startup programme to fly, with Bruno Gutierres in the cockpit of the initiative.