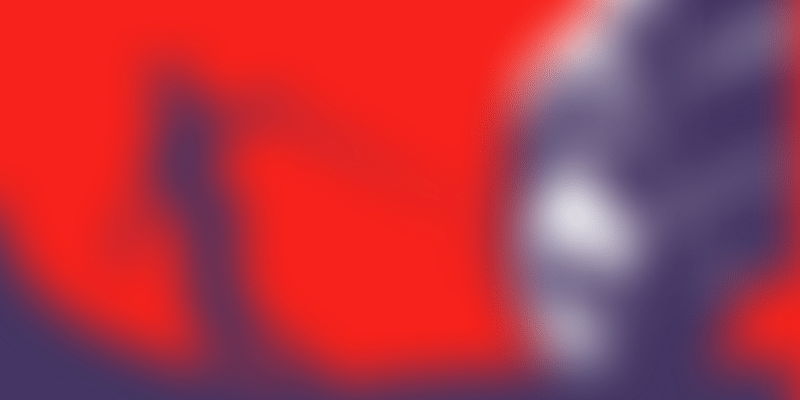 “Sometimes, it just doesn’t makes sense waiting for the passenger to come, and if it is peak traffic times, we cancel the ride and ensure that the customer pays for it. In that way, we don’t lose our incentive,” says a cab driver present on both Ola and Uber.

This is a common hack. It is commonly known as ‘No Show Fraud’. There are times when a customer books a cab and is charged for the ride, but the driver doesn’t show up. It is one of the many hacks that cab drivers use.

The recent tweet by a pool passenger on the different hacks that drivers use to cheat the system and make more money raised quite a few questions.

On the condition of anonymity, a former Ola employee gave us a set of hacks that drivers use to break the system.

These are the key hacks that Ola and Uber drivers use to outwit the unicorns:

I hadn't worked before this. Since I like to roam about, I thought Ola would be the best bet. Also, the incentives and pay ensure that I can earn close to Rs 8,000-10,000 in a day, depending on the number of rides I create. Initially, when Ola started, drivers earned several lakh rupees.

So the higher the number of rides, the more money a driver makes. It, therefore, is not surprising that drivers resort to different hacks to make it appear that they take up more rides.

It is common for drivers to have two phones, one with the Ola-driver partner app and the other with the consumer app. The hack would be to book the rides and accept them immediately. The system would show that some drivers made close to 30 trips in a day.

Hack A – Refer a friend fraud

Imagine that there is a driver X and his friend Y in Bellandur during the afternoon, when demand is low. Ola has real-time tracking. This was done to help the consumer. But the system can be manipulated in such a way that drivers have been able to benefit from it substantially.

X informs his friend of the direction he is moving in, and the friend, tracing the real-time movement, places the pin on the cab, and since the system would trace the closest available cab, the one with the pin, X’s cab, would get booked.

Driving can sometimes be difficult, and as there is little control over what time a driver will finish his duty, there are many times that a driver chooses to go home early. While that is fine, it also means a drop in incentive. So in order to ensure that the driver gets his incentive, irrespective of whether he is driving or not, he would request a friend or a fellow cab driver to book a cab to his home destination.

“By doing this, the driver would not only get an added incentive, but the petrol cost as well would fall under a trip and not under his personal expense,” says the former Ola employee.

Hack C- Fringing along the outskirts

There were some cars and drivers who were registered on the platform, but weren’t actually on the system. Explaining this, our source adds that normal car behaviour is when it moves across different localities and is not confined or restricted to one location.

In the case of these cabs, the car would do several trips in one location only, and all of these within a five to ten kilometre radius.

Hack D: Can you book another ride sir/madam?

Ola has over 18 rides that a driver has to complete in a day to get his or her incentive. Though we would like to believe that most times, the driver partners are able to complete their rides, in many cases, they just aren’t.

So what do they do in that case? Many times after completing a ride, a driver is likely to ask you to get out of the vehicle and simply book another ride.

In case you have ‘Ola Money’, he ensures that he will pay you back, but if you are on Uber, he asks you to choose the cash option. Once you book the ride, he simply ensures that he picks up the service and after going a certain distance or to a ‘pre-defined’ destination, ends the trip.

“Everything has been done using technology, we didn’t call the driver into question or penalise him,” he adds.

So if they see that a customer has several trips from the same location and possibly the same driver, then it can be safely assumed to be a case of driver fraud.

Hack E – On board a technical hacker

Since Ola and Uber work under an aggregator model, anyone, ranging from individuals to operators who have a fleet of drivers, can register on their platforms. So the ones who have over 15 to 20 drivers on the platform would decompile the driver API and ensure that booking could be made via a computer rather than a device.

“There are several softwares in the market that help you do this. We guess they would hire a software engineer to ensure that the driver platform could be accessed through the computer,” says the ex-Ola employee.

To ensure that these frauds do not happen, everything was encrypted, thus making it difficult to hack through a computer.

While there is a strong rule against surge pricing today, when it was applicable, drivers would use one popular hack to ensure that the surge or peak pricing increased.

The ex-employee claims that Ola built in an algorithm that ensured that over 10 drivers couldn’t switch off their devices at the same time. They also began tracking whether all devices went off and on at specific times.

While Ola just started outstation a few months back, drivers have started using their hacks already.

If a customer books an outstation drive, and the cost of the same is Rs 2,500, the driver gets that amount minus Rs 800, which is Ola’s commission. In many cases, the driver requests the customer to cancel the booking and offers to take the customer on his own at a reduced fare of Rs 2,000. In this way, the driver tries to cheat Ola of its commission.

The source adds that while one or two such instances may not be tracked, several can be. The ex-employee explains:

Every time a trip is cancelled, there are a set of rules that we check, we check the credibility of the driver and the passenger, see if they have multiple different trips with different people and at different locations. If we track the device and see that it is at the outstation destination, then there is a 40 percent chance of a hack. The idea is to track rides diligently.

Other noteworthy frauds that drivers claimed to commit on their own are:

The Ola and Uber twosome

While the San Franciso giant Uber and Bengaluru-based unicorn Ola are at loggerheads with one another, the drivers simply don’t care. They are often present on both platforms and try to get the best of both worlds. Many a time, if you’ve booked an Ola ride, a driver can later ask you to book an Uber as well and vice a versa. And why do they do this? Simple – incentive.

So again, the same logic follows, you book a ride if possible and help the driver complete his ‘number of rides’ for the day or achieve his target.

The verification of this can be clear only when you have heard other drivers do it. And while not all drivers do it, some definitely resort to the same. What is this issue? If you have seen the Ola partner app, you will see something like ‘Cancelled the ride for car repair or personal issue.’

A common practice is for the driver to call and ask you where the drop is and if you have booked a ride for a distance beyond 10 kilometres; it is quite possible that the driver might cancel your ride after some time and cite a tyre puncture as an excuse.

Earlier, they would cancel the ride and cite a cancellation request from the customer as an excuse. However, since the cab aggregators began verifying this claim directly from the customers, the drivers are resorting to different hacks.

The dispute of Ola Money

This is a genuine problem that Ola needs to fix. It is a common practice for most drivers on the Ola platform to ask if the ride is by ‘cash’ or ‘Ola money’. And if you happen to say ‘Ola Money’ to these drivers, be prepared to listen to a tale of how the money and incentive doesn’t reach the driver on time and how we as customers should trust the driver rather than some faceless company. However, Ola has officially always maintained that their driver partners are paid every two days. And yet, there have been cases of drivers even rejecting rides if they end with Ola Money.

Coming up with hacks to combat the driver system isn’t an India-specific phenomenon, there are several posts on Reddit and Quora that talk about how Uber drivers hack the system globally.

No technology can be perfect, it is just a matter of time until these loopholes are fixed, and then drivers will just find other ones.