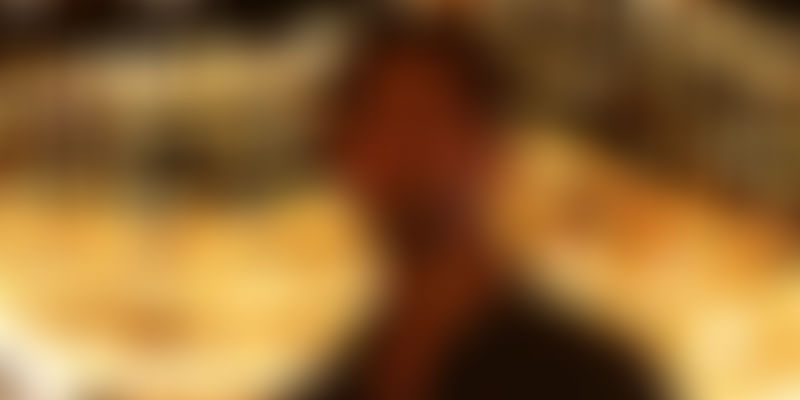 Since my family and relatives discovered WhatsApp, my phone has become a weapon of mass destruction. At no point in history was anyone ever struck dumb with a shower of ‘good morning’ wishes as now. One is not only a part of one’s immediate family WhatsApp group, but one also has to simultaneously inhabit groups like ‘All-girl cousins’ and ‘Only mom’s relatives’.

Like me, if you also come from a small town in India, the irony will hopefully not be lost on you. We’ve seen the speed at which India has taken to WhatsApp, and nowhere is it more evident than in its small towns in how people are using the messaging app to stay connected but also do business.

Reportedly, WhatsApp now has more than one billion monthly users worldwide and 42 billion messages are sent each day. According to the company, India is one of its biggest user bases and more photos are sent using WhatsApp here than in any other country in the world (am sure my family contributes more than half).

And, well, well, what do you know, India also has the second highest number of WhatsApp groups. So even if you work in a metro city or overseas, there’s no escaping the family back home in Jaipur, Guwahati or Belgaum as the case may be.

People use the internet primarily for four functions: to gather information, to communicate, to entertain, and to transact business. With an increasing internet penetration (India has 277 million users second only to China) and smartphone adoption (1.5 billion smartphones for 2016 forecasted by Gartner) in India, the urban gap that existed between its metro/tier 1 cities and tier 2/3 cities is slowly closing in. Small town India is no longer just talking and watching videos on mobile phones, it is learning to transact with ease as well.

For all you know, this time, when you go home for Diwali, your cousin will not only be flouting the iPhone7 but will have another bragging advantage of having Flipkart’s Sachin Bansal deliver it.

This year, the mega festive sale by India’s top e-commerce biggies, including Flipkart, Amazon, ShopClues, and Snapdeal, reveals that there was 40 percent participation from tier 2 and tier 3 cities as well. According to trends reported on cashback and coupons site CashKaro.com, Bhopal, Pimpri Chinchwad, Ernakulam, Bhubaneswar, and cities in Telangana region have registered an increased traffic as against last year.

A Snapdeal spokesperson told YourStory that the e-commerce site that recently rebranded itself has seen a 20x increase in traffic during its Diwali sale from tier 2 and 3 cities as compared to usual business days. “During the festive season, the maximum surge, other than the metros, has come from Mizoram, Meghalaya, Goa, Himachal Pradesh and Jammu & Kashmir, in that order,” she says, adding, “Mobiles, followed by kitchen appliances and storage devices were the three top-selling categories. This was closely followed by personal electronics – a trend echoed across the country.”

ShopClues, with its all-out strategy to woo the masses, saw 153 percent increase in mobile app downloads from tier 3 cities. It also recorded an increased merchant inquiry by 200 percent from tier 2 and 3 cities and its product offerings have also gone up to 300 percent.

Amazon India, on the other hand, reported 5x growth in customer acquisition, with 70 percent of new customers coming from tier 2 and tier 3 regions. A statement from the company said that the festive sale saw 30x increase in orders from tier 3 cities.

So, yes, this certainly puts people like me in a fix. What gifts to cart for the family back home? They certainly have access to all the top brands that you did earlier, which gave you the big-city girl edge over your sister-in-law. For all you know, you both may end up wearing the same Zara outfit on Diwali night.

The author of The Golden Tap Kashyap Deorah, who has a hawk’s view of the e-commerce juggernaut, tells me, “In Indian e-commerce, convenience drives GMV, market access drives margins. If you sell something that is available in local markets, purely for convenience, you can sell a lot but will not make money. However, if you sell something that is not available in the market, that can become a solid business.”

He believes e-commerce companies will find margins in small town India, not to mention the next level of growth. “There is a real value to add and I think it is fantastic that we are seeing significant uptake in those markets. The last decade of e-commerce distribution channel creation has led to a wide network. Hopefully,with GST, the distribution costs will become more efficient as well. Amazon's new ads show scenes from small town India. It is clear that the focus has shifted to habit creation in those markets.”

Banker Lisa Marbaniang, who hails from Shillong but is working in Guwahati, has been an online shopper for fashion, accessories like bags and boots, and home furnishing. The order usually takes an average of a week or 10 days to arrive. “However, my last three orders from Jabong were delayed and cancelled by them. So I'm not sure if I will be shopping from Jabong since lately their track record seems bad. In the first instance, I waited two months for a status update and finally they told me it's cancelled,” she tells me over an email interaction.

Incidentally, many sites do not deliver to Shillong. “Since I live in Guwahati, I'm the receiver of various consignments for friends and family in Shillong,” adds Lisa, who always uses Cash on Delivery and doesn't mind paying the extra charges whenever applicable.

When filmmaker Neeraj Ghaywan decided to capture small town India in his debut Masaan, he was clear he did not want to stereotype its people and milieu. He did away with the quintessential cycle rickshaws of Benaras, where his film is based, avoiding the clichéd scenes of the ghats and burning pyres. “People would tell me about temples on the ghat where I should shoot, but I wanted to portray the new India that is slowly emerging empowered by technology,” he tells me over the phone from Mumbai.

Facebook enables his main protagonists to begin their relationship after they friend each other. Technology helps them break the ice. “Aspiration is driving a significantly large middle class that resides in small towns,” he says. There’s more awareness thanks to the ubiquitous television sets that still occupy the place of pride in living rooms across middle-class homes. “TV, mobiles, and laptops are bringing in awareness. People in small towns no longer live in a cocoon,” he adds.

Neeraj believes that the divide between the big city and the small town is thinning rapidly. And it is mostly a good thing. Retired professor Mahesh Trivedi, 67, is a pro as far as negotiating the internet superhighway is concerned. With a son living in the US, he and his wife are comfortable skyping with their son and his family from their home in Indore.

He regularly visits Flipkart and Amazon to look for deals on electronics, home appliances, and books. “It is convenient. I find books here which otherwise I would have to go looking for in the market. The package usually arrives within five days and I prefer paying through net banking,” he tells me.

India has witnessed a phenomenal growth in #eCommerce in last couple of years. Most of the growth is coming from small towns of India.

Mostly parents living in small towns get introduced to online shopping when their children, working in big cities, place orders for them. Uma Nayak from Belgaum has never looked back since her children ordered a package for her online. Though the town has a few big brands, there’s not much of a variety and online shopping gives her access to that.

Catching up with the big city

Besides convenience, accessibility, more variety, a big factor that is encouraging small towns to give e-commerce a ‘thumbs up’ is also easy payment options. Youngsters do not think twice before buying the over-the-top Rs 80,000-iPhone7 or pre-ordering the Rs 57,000-priced Google Pixel.

But be that as it may, the small towns have more buying power muscle contrary to popular perception. In its 2016 report, Top of the Pyramid, Kotak Mahindra, says, “We believe emerging cities and small towns will continue to form a significant proportion of the ultra-HNH (high-net-worth households) population, and estimate 45 percent coming from these non-metro centres. The penetration of the digital phenomenon is influencing and changing the way people in India buy not just common goods, but also luxury items.”

According to the report, in the geographical spread of ultra HNHs, metros continued to hold 55 percent, while emerging cities and small towns stayed at a significant 45 percent. Small centres such as Surat, Indore, and Jamshedpur continue to create new ultra HNIs, mainly in the inheritor and entrepreneur categories.

“The quest to reach a wider population is also aided by startups with innovative models, which are introducing ‘experiencing’ luxury and exclusivity – this helps address key imperatives for luxury brands operating in India, which are to increase the awareness of the brand and establish brand credentials,” it said.

But, as Sahil Kini, Principal at Aspada, says, e-commerce companies have a long way to go. "What we are seeing is just a tiny sliver of the pie. Companies have to rethink about how to penetrate deeper if they want to capture this booming market segment," he says. Essentially, while building for India, e-commerce companies think of American solutions. "So a Flipkart looks like an Amazon, and a Snapdeal looks like a Flipkart and so on," adds Sahil. Providing the right interface to the tier 2, tier 3 customers, who may not be comfortable with English, is a big challenge in the quest to penetrate deep into this market. Sahil feels the traction that e-commerce companies are witnessing is not because of their design interface but despite it.

Evidently, e-commerce companies cannot ignore this large demography that makes up a large chunk of India’s 1.2 billion population. It is clear as far as business is concerned, the soul of commerce in India resides in its small towns for now (with due apologies to MK Gandhi).