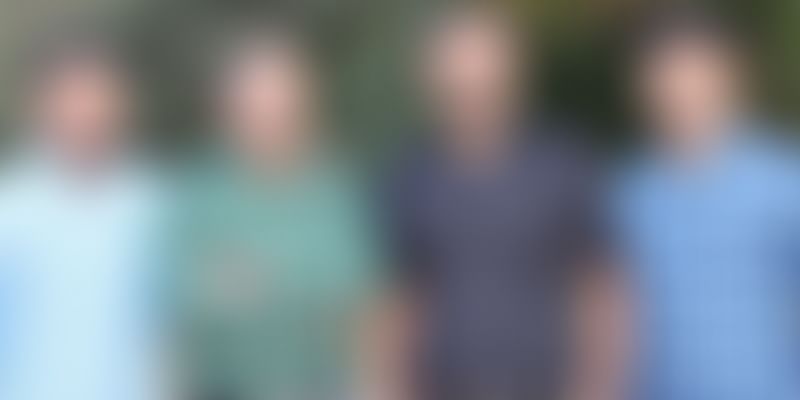 In 2008, two engineering students at the BVB College of Engineering in Dharwad, forced to sit next to each other due to their roll numbers, happened to enter into a conversation. They eventually discovered their shared admiration for technology and business icons Steve Jobs and Elon Musk, who had influenced each of them considerably.

At the time, neither Shashank Revankar nor Sharat Kulkarni had any thoughts of entering the business world, considered risky given their middle class upbringing. Instead, the two chose to emulate their idols through the art of creation, entering into several corporate-sponsored competitions. In 2011, they created a locking system for cars using mobile phones, which finished in the top five at a national competition. “That is when I realised that I had to do my own thing. It was not arrogance, it was a belief that was seeded in me that I could do this on my own,” says Shashank, founder of Kooki, a startup that provides home and commercial automation.

As they delved deeper into their engineering projects, four years of learning went by in a flash. Sharat and Shashank began talking about their future the day they graduated, and came upon the uncomfortable realisation that they didn’t have the money to become entrepreneurs. Sharat immediately took on a job at an automobile software technology company in Bengaluru. “I had to take the job. The offer was from an MNC, and in 2012, my parents were worried that entrepreneurship did not offer a future,” says Sharat, who is today VP of Engineering at Kooki.

The journey of discovery

Shashank, on the other hand, decided to visit factories across India, and took a year off from the grind of looking for a job. “My parents allowed me to discover life. They encouraged my proposition of meeting all my friends and discovering how things get built,” says Shashank.

He visited factories in Pune and Bengaluru, and also started reading up on the technologies that go into automation. Over the course of his journey of discovery, he realised that any product’s design, with automation as its core service, had to look good, and that its hardware and software had to be of supreme quality.

Shashank began building the specs of such a product, and contacted Sharat in Bengaluru. “Shashank moved here and began to talk about the product’s viability with several stakeholders. I was, at the time, still sceptical about being an entrepreneur,” says Sharat. He would go on to join the venture full time in 2014.

Kooki was registered in January 2013, but it was in 2014 that its business began taking off. The duo started out with a nominal sum from their parents before bagging seed investment from angel investors. They began talking to all automobile aftermarket distributors and companies that offered car services, and soon they were joined by Anup Naik and Aditya Kamatar, their juniors from BVB, to build three products for home and office automation.

At its core, Kooki uses Bluetooth and smartphones to change the way we interact with connected things like lighting systems, locks, cars and much more. Kooki sells their products through their website and also as a retrofitted product with companies in the ecosystem. The company has a couple of B2B partnerships and has raised Rs 40 lakh from private investors.

The question is how they are different from all the other players in the quickly-crowding space. “Home automation services run into lakhs and there are MNCs that are dominating this space. Our key differentiator is that we have brought down the cost to less than a third,” says Shashank. The current cost of managing a security system at home is $3000.

One thing Kooki has to handle is the consistency in its services. The venture needs stable network partners and an effective after-sales service team. Finally, its technology should use data to serve customers better.

There are several companies attempting this, and, perhaps, a pooling of resources would make sense, if they wish to go after a market dominated by MNCs and Chinese products. Several Indian businesses have emerged to create a connected ecosystem, including Steero, Raksha Safe Drive, TrakNTell, CarIQ, Gecko, Lechal and Altizon. It is surprising that, given the potential of this new technology, big money has not gone into connected things. Only wearable device startup GoQii has raised more than $15 million. While not a direct participant in the space, Ineda Systems, which is building chips for this connected ecosystem, has received close to $43 million from various investors, including Qualcomm Ventures.

“The future of our businesses depends on the number of corporates and consumers we acquire. We have just signed a commercial agreement with a large Indian corporate, and this will fund our operations and our next product iteration,” says Jayant Jagadeesh, co-founder of Raksha SafeDrive. He adds that the ecosystem in India is so fragmented that it is difficult to go through a long sales and funding life cycle.

Kooki, being a product company, is yet to generate significant revenues. It hopes to close deals with two large companies next year for their automation service. Consistent revenues are expected to kick in by the end of the financial year 2018. Provided that they can get a corporate to champion their cause, the team is confident of making a dent in the ecosystem with a focus on their engineering. They also have plans to get their product retrofitted in cars.

The balance between engineering, fund raising and product marketing is a dance that startups have to master once they have understood the market fit of their product.

Gartner defines smart lighting as a lighting system that is connected to a network and can be both monitored and controlled from a centralidsed system or via the cloud.

The global research firm also adds that, to successfully achieve the lowest energy costs, in addition to safety and security and enhancing the office environment, lighting product managers at technology and service providers will need to implement five key strategic phases of smart lighting: (1) LED lighting, (2) sensors and controls, (3) connectivity, (4) analytics and (5) intelligence.

These factors are what businesses entering the field will have to look at going forward.

By the way, for those of you wondering where the startup drew its unorthodox name from, Kooki is the name of Shashank’s pet dog.