From a dinner conversation to clocking over 50mn shipments: the Ecom Express growth story 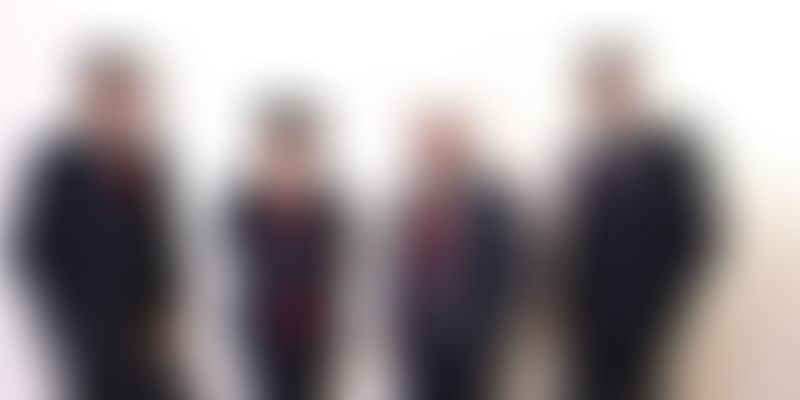 “I vividly remember the day the Ecom Express team walked in through the office door. It was a team of senior executives from Blue Dart. They were looking at the e-commerce business. This was way back in 2012, when the markets weren’t great and the e-commerce business was just picking up. And logistics wasn’t as great as it is today,” says Mohit Gulati, one of the early-stage investors in Ecom Express.

With the 3x to 4x jump e-commerce sales see during this festive season, logistics today is a different ball game. The logistics industry in India is pegged at $300 billion, according to the ‘Logistics Market in India 2015–2020’ by market researcher NOVONOUS. The report states that it will grow at a CAGR of 12.17 percent by 2020.

Founders Sanjeev Saxena, Manju Dhawan, K. Satyanarayana, and T.A. Krishnan weren’t fresh college graduates starting off. On the contrary, they collectively brought over 25 years of experience in the space and were well established in their careers. The founding team’s average age at that time was between 45 and 48.

“From our experience, we had realised that we needed service for the B2C needs of the market,” says co-founder Satyanarayana. In August 2012 the company was incorporated, and business operations began the following January.

The journey began with 35 cities and 42 delivery centres in the northern part of India. The team at the time comprised 311 employees. With the traction achieved by July 2013, the company expanded operations to Kashmir, and with customer demand grew to Mumbai, Delhi, and Surat.

The foursome had never imagined that a dinner conversation could have such results.

The drama of fund raise

One of Ecom Express’ predecessors in the segment, Delhivery was already managing more than 500 shipments a day for more than five different e-commerce companies. The founders had observed the growth in e-commerce delivery volumes from their time at Blue Dart and knew they had to take the plunge.

Mohit, who was then with Oliphans, had pumped money into the company, and the four founders ended up putting in their personal savings.

“Looking at the pace at which we were growing, we knew we had to raise funds to keep up the trajectory and speed of growth we were seeing. In August 2014, we saw our Series-A funding of Rs 100 crore from Peepul Capital,” adds Satyanarayana.

This capital fuelled further growth and expansion. By the end of the financial year, the team had over 300 delivery centres, a presence in over 200 cities, and over 8,000 employees.

The year 2015 was a bullish one. By this time several other players had ventured into the B2C logistics sector, and Flipkart also began to focus strongly on Ekart, its delivery wing. In September 2015, Paytm invested in logistics solutions provider Loginext to exploit the tech ecosystem for supply chain.

Flipkart’s investment in Blackbuck helped capture data on vehicular movement and utilisation, which was then used for better planning.

Besides roping in GoJavas, Snapdeal made six acquisitions in the technology and logistics sectors last year, reducing its delivery time by 70 percent.

At the same time, Ecom Express was growing at breakneck speed. “We were again short of funds, and we knew we had to raise more money,” adds Satyanarayana.

I remember the time of fund raising; the markets were getting too hot. Most people would compare Ecom Express and Delhivery, but one thing that Ecom Express had was a very strong founding team with a deep understanding of the market and the business of logistics. They had put in their personal skin into the game.

At the time of starting out, the team focussed on the one thing it believed to be at the heart of any logistics business — operations.

Satyanarayana adds that B2C logistics is a very different ball game. “You cannot have holidays, it gave us a better penetration and strike rate at the market,” he adds.

Also, the team started to look at complete state coverage. This could be any part of the state, irrespective of it being a metro, Tier II or Tier III city. The team recognised a growing market in these regions, but saw that there was a lack of access. Satyanarayana adds that it gave them the much-needed edge.

Last June, the team raised funding of $133 million from Warburg Pincus, the global private equity firm. Satyanarayana feels that they had seen validation in their business when within the first four months they saw a revenue growth of Rs 85 to 86 lakh. The team refused to share its current revenue figures.

Last financial year, the team claims to have achieved over 50 million shipments. Presently, the team also claims to be delivering to over 12,000 pin codes and 35 processing centres. “The per-day volumes during this season time see a 2.5 to 3x growth. And the growth happens even year on year. As of now, we handle close to 2.5 lakh shipments in a day. This month, we are expecting five lakh shipments per day,” adds Satya.

However, the ride wasn’t easy. From the struggles of fundraising to facing a hit during the Big Billion sales — Ecom Express has seen it all. The business, Satya says, needs a lot of money to add infrastructure and stay ahead of the curve. During the first days of the Big Billion Days sale, the e-commerce ecosystem weren’t prepared for the volume of orders that would start pouring in.

“One learning we had during those days was not to rely completely on the aviation. It was a big bottleneck we faced. It made us realise the importance of setting up our road network transportation.”

Even today, 80 percent of the transaction volumes work along the cash-on-delivery system, which means that Ecom Express has, over the years, built a structure with several checks and balances to mitigate frauds in place.