The truth behind the terrible trend of farmer suicides in India 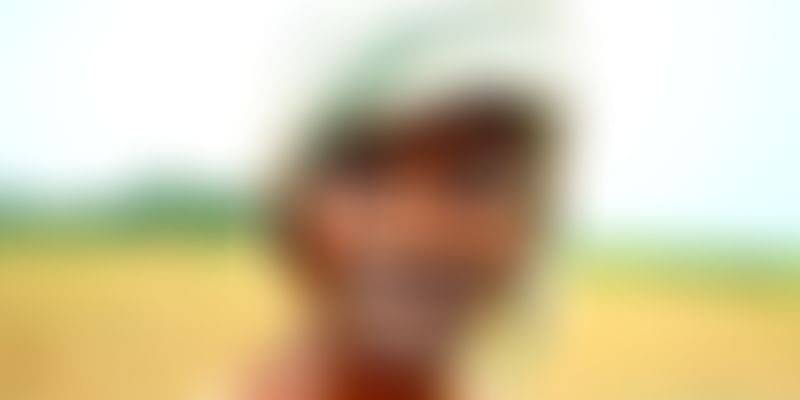 Over three lakh farmers have committed suicide in India since 1995. A majority of them were concentrated in five major agricultural states of the country – Maharashtra, Madhya Pradesh, Andhra Pradesh, Karnataka and Chhattisgarh. Even Punjab recorded a high number of 449 farmer suicides in 2015, next only to Maharashtra. Farm suicides have been steadily increasing over the years. On an average, around 15,400 farmers ended their lives each year between 1995 and 2003. This number increased to more than 16,000 between 2004 and 2012.

In a study on Indian farmer suicides, Prof K Nagaraj of the Asian College of Journalism writes that the actual count may be higher, but the police follow a strict definition of farmer which limits official data on the extent of cases. Only those farmers who have a land title to their name are considered. So if a farmer working on his father’s plot or a woman working on her husband’s land kill themselves, they are not counted as farm suicides. Add agricultural labourers and tenant farmers, and the total will surely increase.

It is important to note that these suicides are happening on a decreasing base of farmers. Farmer count has fallen by 9 million since 2001, which makes the increased suicide rates that much more alarming.

There is no doubt that our agrarian community is facing a crisis. But questions arise on the exact nature and reasons behind the deepening problem. Farmer suicides have largely been attributed to debt, drought, crop failure or poor returns. However, farmers have been taking the drastic step regardless of a good rainfall year or bad, a good price year or a disappointing one. Why?

Because several socio-economic factors have enabled an environment vulnerable to distress in the agricultural belts of the nation. And drought, crop loss or price crashes only exacerbate the existing plight of farmers. According to the National Sample Survey Organisation’s (NSSO) 2013 report, agricultural households made an average monthly income of Rs. 6426. Their monthly expenditure during the same period was Rs.6223. Forget paying off debts, they barely make enough to feed themselves.

But with such low incomes and high costs of cultivation, their main source of capital for farming remains loan. And their main sources of loan are moneylenders. As they try to break-even and somehow pay off their debts with exorbitant rates of interest, a weather shock or price fluctuation will push them into yet another cycle of borrowing. Unable to cope with mounting debt and the inability to take care of their families, many choose to end their lives.

The poor economic state of the farm community is the making of agrarian policies. Journalist P Sainath, who is renowned for his coverage of farmers’ plight has time and again stressed on this point. In a letter to the then Prime Minister Dr. Manmohan Singh, he writes “The farmers who have been committing suicide in tens of thousands...know it was policies, not the law courts, which drove them to take their lives.” Regimes may have changed but the message applies just the same.

Post liberalisation, cutbacks in agricultural subsidies combined with the necessity to meet the international standards of quality increased the costs of input. There was also a demand for cash crops like cotton in the global market. Hence, a considerable part of the sector saw a government encouraged shift from foodgrain to cash crop cultivation. However, due to an excess of such products in the market, prices fell making cash crops uneconomical. This was the late 1990’s -the time from when farmer suicides began to be recorded on a large scale. Production costs have steadily risen in the years since but market prices have not seen a corresponding increase.

Furthermore, public investment in agriculture gradually reduced - a move that has resulted in the lack of uniform modernisation, irrigation facilities, communications and information systems, and storage facilities. Credit supply to farmers diminished at the same time, forcing them to rely on moneylenders. Private companies and state-run Regional Rural Banks (RRBs) reject many applicants due to the lack of collateral or land titles.

The agricultural market structure has played a major role in denying farmers their actual returns. The Agriculture Produce and Market Committee (APMC) act was introduced to ensure fair prices to farmers. But corrupt middlemen have taken advantage of the provisions in the act to exert their influence on the supply chain. They exploit farmers by buying produce at far lower prices than deserved.

The coverage of crop insurance schemes is low. Not only the area covered under the National Agricultural Insurance Scheme (NAIS), even the amount offered to farmers is dismal. The impact of the new Pradhan Mantri Fasal Bima Yojana (PMFBY) on protecting them in case of crop failure is yet to be seen.

Farmers have been cultivating on smaller and smaller lands with depleting soil quality and groundwater levels. Farming will become completely unviable if there are no checks on environmental effects. They do not even have many job options to fall back on when cultivation fails. According to economist Surjit Bhalla, the Mahatma Gandhi Rural Employment Guarantee (MNREGA) Act hasn’t done much to ensure jobs to the rural population. Many migrate to cities in search of labour work.

Besides economic, there are other reasons to be considered as well. In a report on agricultural indebtedness, R Radhakrishnan notes that though debt is the main cause of farmer suicides, others include social disrepute, health problems, addictions, marriage in the family, disputes with others etc. In fact, many of the farmer loans are for marriages. It is a social obligation to spend well on weddings, which sometimes even includes dowry.

Another pattern noticed in farm suicides is more than 80 percent of them are male suicides. This probably has to do with the fact that the role of breadwinner is traditionally that of a man’s and the incapacity to fulfil that role adds to their mental stress.

Successive governments have focused more on control rather than prevention. It will take more than short-term measures and disproportionately implemented programmes to wade through the crisis. The wave of farmer suicides that hit Marathwada last year could have been avoided if there was a proper irrigation system, weather forecast information, competent crop insurance and buffer stocks in cold storage facilities to distribute to the families in their time of need.

A concrete reorientation of policy is crucial to stopping this depressing trend. Farmers in the country are desperate for help. But taking their lives isn’t the answer, a nationwide farmer movement to demand for reform is. A revolution saved agriculture once, it can again.