Why hotel booking platforms are going gaga: FindMyStay’s growth story explains it all 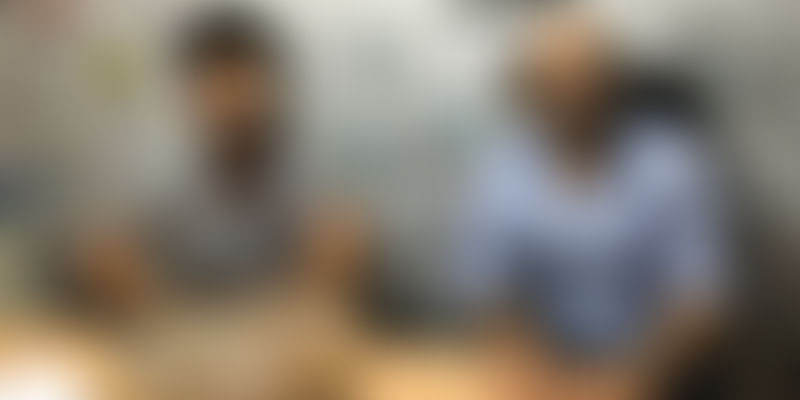 Technology-based solutions have drastically changed the way we do things. These solutions have given emergence to new kinds of businesses which are easing the lives of individuals. Let’s take the example of the hospitality industry.

Post-2010, the Indian hospitality industry has grown dramatically. And a lot of credit for this growth goes to the emerging enablers (startups) which diminished the distance between consumers (guests) and businesses (hotels), using technology.

FindMyStay, a reverse bidding hotel booking platform, presents an interesting case as it introduced some exciting technology-based solutions to address the issues in the hospitality industry.

According to experts, around 30 percent of inventory goes unoccupied in the hotel industry. Some estimates say around 100,000 hotel rooms go unsold every day in India.

In 2013, Rohit Khetrapal and Simran Sial, Co-founders of FindMySaty, introduced a two-way technology solution. For hoteliers, it provides them a platform where they can sell unsold inventory. It also allows users to get the room at the lowest of prices.

“With the evolving Indian hospitality industry, we identified the gap in the hotel booking space and pitched hotels the idea of allowing them to offer deeper discounts for the rooms they foresee going unsold. We did this by enabling reverse bidding of unsold inventory where customers get to offer their price to hotels in a one-to-one environment,” says Simran.

The startup’s unique selling proposition allows users to bid lower price-points and quote the amount they are willing to pay for a particular star category in their preferred location, and then it’s up to the hotels to either accept or reject them. “Hotels which accept the customer’s offer are informed from our end to review and book,” adds Simran.

FindMyStay claims to be 20 to 30 percent cheaper than existing online deals and discounts at any given time of the year. The company works on the affiliate model and charges commission on every conversion.

Nandan Joshi, a FindMyStay customer, says, “This model of reverse bidding made it possible for me to book a luxury hotel for my family vacation without causing a hole in my pocket. I could have never imagined getting a room in Goa in a five-star hotel for that kind of price, had I booked it the usual way.”

Three years ago, when the platform was launched, explaining a new concept like reverse auctioning of hotel rooms to partners and customers was the most difficult task. Besides, attracting potential talent has been extremely challenging for the startup.

But as the idea became increasingly popular, both hotels and bidders (users) started rushing to the platform. The growth in the company was largely organic, from word of mouth.

What do numbers say?

The platform claims to have served 1,00,000 bidders till now. It claims to grow at 100 percent quarter-on-quarter basis.

From 250 hotels on board, FindMyStay now has expanded its network to over 3,000 hotels across 40 cities.

“We are adding more and more hotels on a daily basis. Instead of spreading to a large number of cities, we are focusing on penetrating deeper in a few important cities. This helps us convert better in a more cost-efficient manner,” says Simran.

The platform, which began operations with a team of four, has grown to 22 team members.

“We have about 37 percent repeat transactions and are focusing on retaining customers by product differentiation and customer service. We try and build a relationship with our customers using technology at scale,” adds Simran.

In July this year, the platform announced an undisclosed amount of funding from Indian Angel Investor. Simran says the previous round helped the company reach a certain scale and now he is looking out for the next round of funding.

Simran says he is seeing a lot of demand from corporate houses; he is building an enterprise product for that segment.

“Our focus is on leisure and business destinations alike, and we are working on adding more interesting products around hotels as an ecosystem that travellers often need and demand,” he adds.

According to the platform, around 70 percent of tractions is contributed by mobiles and therefore, the focus is on iOS and android apps. Mobile web too is an important piece of the pie.

It is working on technology expansion as well. “We are working towards deeper integration with our hotel partners and have launched ‘Pay at Hotel’ as a feature recently,” he says.

According to a report by ICRA, the domestic hotel industry is estimated to touch $1.8 billion by the end of 2016, from $0.8 billion last year.

Simran says the number of unsold inventory is increasing at the rate of 20 percent year-on-year. This gives rise to surplus supply in the market.

Besides, growth is expected to come from a rise in online bookings. Hotel bookings is one of the least penetrated segments in travel categories in India. Online bookings accounted for 16 percent of hotel bookings in 2015 and is expected to grow to 25 percent this year. It is estimated that 8.4 million Indians are likely to book hotels online in 2016, up from 3.5 million in 2014.

With a rise in online bookings, the hotel industry also witnessed the rise of online channels claiming to provide solutions to the industry.

HotelBids and Bid2Travel are the two platforms which are offering bidding solutions in this space.

Besides OTAs like Makemytrip, Yatra, Goibibo and Cleartrip, Ixigo, TripAdvisor and Kayak, among others, there are the meta search engines that operate like travel discovery platforms.

Further, budget accommodation reservation services like Oyo Rooms and Wudstay are another key section of the industry. Apart from this, branded hotels are also seen operating direct bookings through their websites.

Experts say the hotel industry in India thrives largely due to growth in tourism and travel. Because of an increase in tourism with rising foreign and domestic visitors, the hotel sector is bound to grow.