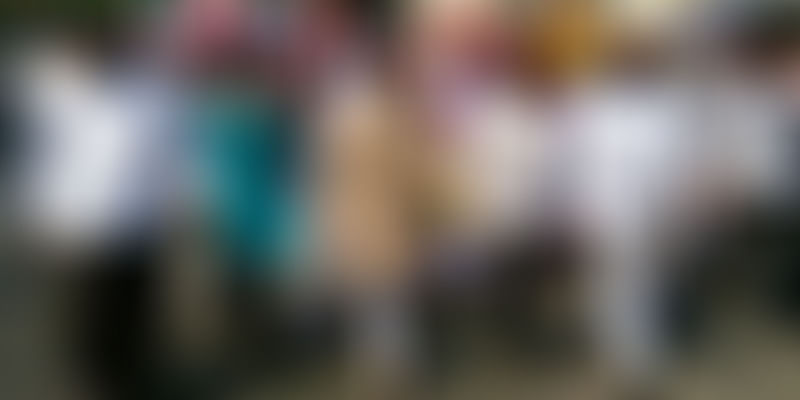 At the break of dawn on an April day, right-to-pray activist Trupti Desai, with eight to 10 women by her side, marched unto the island doors of the iconic Haji Ali, giving the authorities the chance to turn over a new leaf by granting a woman her fundamental right — entry into the institution's sanctum santorum as a devotee. She had sought a verdict from the authorities to lift the ban in 15 days, and six months hence, the Haji Ali Dargah Trust has told the Supreme Court that they have accepted the court ruling, and will grant access to women into the inner sanctum of the dargah, which is as far as the men are allowed.

As a matter of fact, this ban only dates back to 2011, before which men and women of all religions were welcome to visit the dargah and pay their respects. However, the dargah's board of trustees opined that women's entry into the shrine was a "grievous sin" and banned entry to them thereafter, invoking the ire of various Muslim as well as non-Muslim women's rights activists.

Noorjehan Fiaz and Zakia Soman, founders of the Bharatiya Muslim Mahila Andolan (BMMA), in particular, staunchly opposed the move. Calling it unconstitutional, they filed a PIL with the Bombay HC. In July last year, a bench headed by Justice VM Kanade convened a hearing for the PIL.

The movement gained further mileage after Trupti's strike on Haji Ali, part of her larger 'Right to Pray' movement that has found support even in Maharashtra CM Devendra Fadnavis. Accordingly, on August 26, the Bombay HC ruled that the ban imposed on women was a violation of Articles 14, 15, and 25 of the Constitution.

Trupti had famously said, "I do not follow just one particular faith or religion. My fight will always be for gender equality, for women. The Muslim women themselves approached us. Our committee has always been diverse and inclusive. There are honestly just a few rotten apples who are communal and sexist and spreading this malice. We must not cower under their pressure."

As a result, a Bombay High Court order from October 7 had ordered the dargah to permit women to enter the sanctum sanctorum, but the Haji Ali Dargah Trust had been resisting it fervently. They stated that they were deliberating upon the decision and ideating a stance in keeping with current times, and that they required two weeks for the same. Hence, the Supreme Court extended the stay on the entry of women till October 17.

In its 56-page judgement, it also states that the "right to manage the Trust cannot override the right to practise religion itself," which means that the trust had no authority to make alterations in the mode or manner of religious practices of any individual or any group. The dargah's trust has now been granted four weeks to make the necessary infrastructural changes to make provisions for entry.