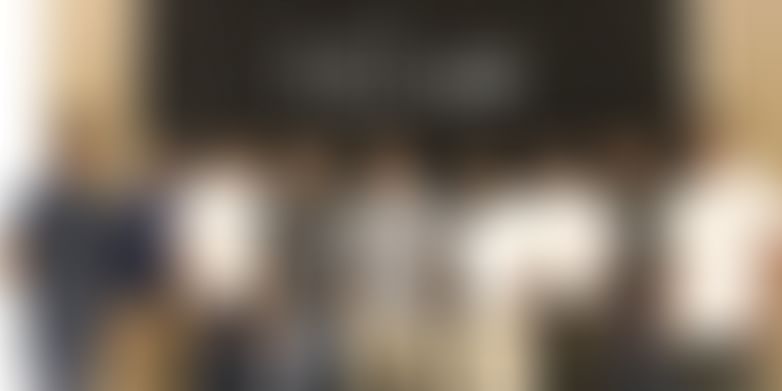 The Indian retail industry throws in opportunities like no other. If there are eight million mom-and-pop grocery retailers in this country, then there are only one million small pharmacies. Strangely enough, less than five percent use modern technology - including cloud-based software - to be efficient with their business processes. Around 40 percent used some form of digital record keeping tool. While companies like Practo went ahead and signed up doctors to improve their access to patients. The local pharmacy piece was missing, and these small pharmacies are generating millions of data sets that nobody is making sense out of. A little-known startup called hCue Technologies, based in Chennai, was born out of this opportunity. In February 2015, three former college classmates Vijay Thirumalai, Vijay Krishna and Ganesh RVR got together to solve this problem in the pharma industry.

"The objective was to create a product that was cutting edge in data capture that could make us the largest healthcare data capture company in India," says Vijay. hCue's technology made doctors create patient records with a dashboard of the medicines recommended. This software will also be used by pharmacies to understand their sales to consumers. "The aim is to also to create a digital database of common treatments and ailments by suburb in cities," says Vijay.

The beginning and the business

The three founders have known each other for the last 15 years. Thirumalai got into corporate banking, Krishna became a software engineer and Ganesh became a data scientist. For the last two years, they would ideate about the business models of healthcare startups like Practo, Lybrate and OneMg. These businesses catered to a particular segment in the entire healthcare value chain. "The opportunity to look at the entire healthcare value chain was what struck our mind," says Vijay.

Here doctors would pay for the cloud-based platform and the pharmacies would pay Rs 10,000 for the software product and would be higher if it is a chain of stores. The business model is also based on an annual subscription fee and maintenance costs. There are more than 200 pharmacies and 1,000 doctors signed up on the hCue platform. There is also a mobile app for patients who can use the app to connect with doctors. The company has also planned a retail strategy to have hCue branded pharmacies by working mom-and-pop pharmacy retailers.

The revenue model for their competition (like Practo and Lybrate) is also based on a subscription model. However, the challenges are in retailing brand hCue. The company needs to scale up fast to reach doctors and pharma retailers. It requires money for marketing and franchising its distribution. The problem with this industry is in consistency of payments from doctors and pharmaceutical companies. The strengths of hCue is that it plays across the entire value chain and is building a data science company. Its team is inherently led by Thirumalai, who is supported by two technology experts.

This similar model is being followed by SnapBizz and StockWise to serve grocery retailers. According to estimates by E&Y, the business of organised retailing is $58 billion. But, the pharma retailing business does not fall in the bucket of retailing. It is estimated that the size of business could easily be around $80 billion of which only five percent is organised. hCue Technologies wants to organise this segment and has hit the sweet spot.

“Organising the retail business with technology has been attempted before. But the game is in the data and how one can work with large pharmaceutical companies, insurance companies and hospitals to bring down the cost of healthcare," says Mohandas Pai, MD of Aarin Capital.

hCue Technologies founders have invested between $800000 - $1 million to scale up their business and are backed by angel investors. Practo is the only company in healthcare technology industry to have raised more than $120 million from investors. But if you include healthcare, as a segment, then Cloudnine – the hospital chain – has raised more than 100 million. There is no dearth of interest in the segment because healthcare and health tech industries are going to be sought after by investors. According to YourStory research, in the first half of 2016, of the total 552 deals, healthcare bagged the maximum, with 59 deals, and a funding amount of $154.5 million. hCue Technologies is well capitalised and will raise a round in the future for further expansion. Its entire end-to-end service from consumer to business play will create a valuable startup.