Food from earth for all: Inspired by her mother, Likhita Bhanu wants people to go the organic way 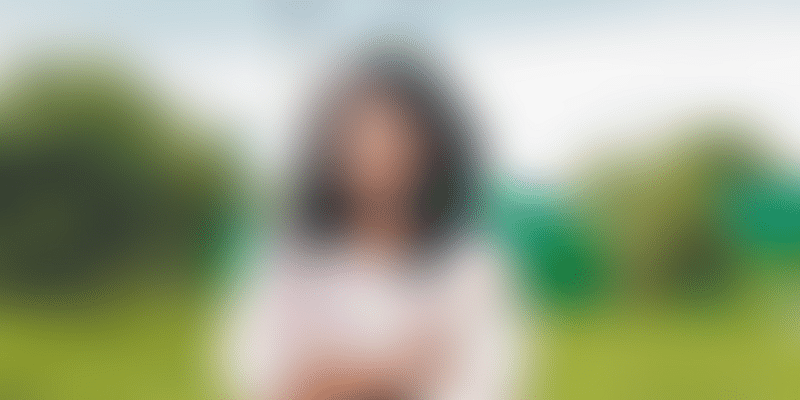 She started her entrepreneurial journey at 22, just fresh out of college, and is working with farmers to bring organic staples to our kitchens. Likhita Bhanu is the founder and Director of Terra Greens Organic, an organic food company started by Terrafirma Projects Pvt. Ltd, a horticultural and real estate company based in Hyderabad.

Conceptualised on the lines of purity and quality, the brand stands for healthy and tasty organic food. In addition to that, the company aims to revive sustainable agricultural practices in India through organic farming by marrying traditional knowledge with modern technology.

Born in Hyderabad and brought up in Assam, Likhita had seen her mother carry seeds of vegetables from Hyderabad and grow them in their garden in Assam. “She would grow the vegetables that we used to get in Andhra. The equatorial climate in Assam was conducive, so she could grow everything from bananas to gongura,” she says.

Even when they returned to Hyderabad, her mother’s love for growing her own produce persisted, and she started doing organic farming on family-owned farms. “My mother has always been driven towards agriculture, and organic cultivation was her hobby. We used to grow the produce and distribute it to our family and friends. Whenever we had an excess, we’d give them to local organic shops,” she says.

Entrepreneurship happened by chance. Likhita, who had graduated as a Biotechnology Engineer from Vellore Institute of Technology (VIT) in 2010, took a year off. During this time, it just so happened that their family farm had abundant produce one season. “It was more than we could use, so we decided to sell it. It was like solving a problem, and before I knew it, I was a businesswoman.”

Thereafter, the mother and daughter duo decided to start a brand to market the farm produce that farmers were growing, and Terra Greens Organic was born.

“Terra in French means ‘Earth’, and Terragreens means ‘food from the earth’, which is unadulterated and pure.  My mother, Padmaja Bhanu, and I are the founders of the company.”

Likhita helps farmers not just with organic farming methods but also with certification, and enables the buy-back of their produce. They started in 2013 with 300 farmers, and over the years, they have tried to get 1,000 farmers into the network every year.

“We developed a network of farmers who we educate and train to adapt to newer organic farming know-how consistently. Initially, it was difficult to convince the farmers, as they didn’t know the brand and were insecure. Over the years, that has changed; as the brand has become well recognised, they feel more confident. Today, we take immense pride in making available genuine organic food to consumers, as well as in providing a market to thousands of farmers from all over India,” she says.

According to APEDA (the Agricultural and Processed Food Products Export Development Authority), India is bestowed with the potential to produce all varieties of organic products, thanks to its various agro-climatic regions.

According to APEDA data, the total area under organic certification is 5.71million hectares (2015-16). This encompasses 26 percent in cultivable area (1.49 million hectares) and 74 percent (4.22 million hectares) in forest area for the collection of minor forest produce. This holds promise for the organic producers to tap the market, which is growing steadily on the domestic front vis a vis the export market.

Likhita wants to tap this potential to spread awareness about eating right and increase people’s access to organic food. “Awareness with respect to organic food is on the rise, and people have realised that consuming food grown using unnatural and harmful inputs is not good for their well-being. When it comes to the ailing elderly or their children, people opt for organic produce,” she says.

The rise in awareness has created a need for genuine, high quality staple and ready to cook organic food, which Terra Greens aims to fulfill. “We as a company also promote healthy eating, and we believe that lack of time should not mean lack of nutrition. With this concept, we launched a ready to cook breakfast series, which has healthy alternatives and options in millets as well,” she says.

Terra Greens produces about 92 staple products and a line of eight ready to cook products. They are also working on reviving ancient grains and making products that are ready to cook to popularise them. All packaging happens on the farm itself.

They are a lean team of 25 and operate all across India, with their products being found in 500 stores. “We are in both Modern and General Trade, and our major partners are Spencer’s, Metro Cash and Carry, and BigBasket in the online segment.”

According to Likhita, they are growing at 40 percent every month and have spread out to 13 states. “We plan to cover the entire country by the end of the third quarter of the financial year 2015-16,” she says. Their presence is strong in the South and the East.

For the years ahead, they are also looking at a millet project in Tamil Nadu and rice projects in Andhra Pradesh.

“As a company, we value honesty, integrity and passion highly. What excites all of us is the customer feedback on our product quality and the smiles that we see on our farmers’ face - farmers who find Terra Greens a trustworthy partner,” she says.

They also keep up with the most modern technology and marry it to traditional knowledge to get the best results.

Bootstrapped and ready to scale

Terra Greens has been bootstrapped all this while, and though Likhita says being bootstrapped has worked well for the company, to scale, they need funding. The challenges to scale include obtaining good quality supply, which, to some extent, she feels the company has cracked. Building a distribution system is something else that they need to do.

Small and strong is the mantra

Likhita’s first job was as a CEO, and she says she has learnt a lot on the way. “We made some mistakes on the way, but we learnt from them. In our enthusiasm to be out there, we said ‘yes’ to many things that we should not have, but now, I have learnt to say ‘no’. I have learnt to be small and strong.”

Likhita’s mother continues to be her mentor in her entrepreneurial journey. Likhita says, “Her passion, commitment and belief in farming and working with farmers had a tremendous impact on my life and in my startup journey. Sometimes, when we bite off more that we can chew, she is always there to bring us back to reality, which provides the necessary balance to our organisation.”