One year down, we have reason to believe that Mahindra’s intra-city logistics startup is a “smarter shift” 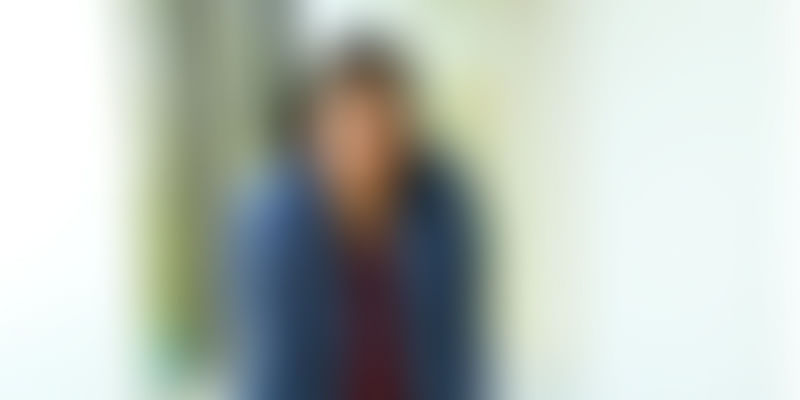 Last year, Mahindra had declared an onslaught on a fledgling space - they revealed that as a leading player in small commercial vehicles, they sought to leverage their strong understanding of intra-city goods movement. Staying true to their vision and word, one year hence, SmartShift has emerged as one of the leading players in the space in terms of transaction volume and collaborations, facilitating 1,200 transactions every day.

The team had conducted 2,000 hours of insight, mapping several industries’ supply chains, end-to-end, until it became fairly obvious that the solution went beyond the supply of vehicles. “A suitable solution was in taking ownership of the entire delivery process so that the customer is assured and can solely focus on growing his business,” says Kausalya Nandakumar, CEO, SmartShift.

Why it’s a smarter shift

The Forbes Global 2000 company, currently valued at $ 17.8 billion, launched SmartShift last October. It is an aggregator for cargo owners and transporters, enabling them to work with each other. Cargo owners can access the SmartShift service through the mobile app (currently available on android), the website or the dedicated call centre.

“Even today, almost 100 percent of adhoc transport still happens through truck stands or ‘nakas’. So, our entire focus has been to make the naka ecosystem digital and efficient,” says Kausalya.

The SME base that the company caters to spends nearly 30 percent of its daily working time arranging for logistics requirements - haggling over the price with multiple transporters. SmartShift had a brainwave - why not digitise this process of bargaining. That’s how ‘reverse bidding’ was born. “As a system, we do not dictate or force prices. We give the choice to the customer to choose the transporter at the right price. What this also did was that it made the price of the trip known in advance, unlike the distance and traffic variability of others’ models, which also helped us differentiate in the market,” she explains.

Reverse Bidding helped them create an attractive model on the transporter side as well. SmartShift celebrates the entrepreneurial spirit of the transporters, and gives them the autonomy that they desire in a smarter fashion. “On our platform, transporters decide their working hours, the right price for the cargo movement and may also decline a job if it does not suit their current conditions,” she says.

This was, at the same time, crafted while being mindful of the fact that a 100 percent smartphone-penetration among transporters is a utopian dream. So, instead of going around distributing smartphones, they built an easily accessible platform that caters to plain voice enabled/feature phones as well. By leveraging a global-first technology platform that utilises tower triangulation (telecom towers’ location tracking), SmartShift is the first and only player in the digital aggregation industry to have created a universal platform that any transporter can have access to. “This single strategy improved our universality and, most importantly, created zero entry barriers to SmartShift,” says Kausalya.

As many were not open to the idea of using data and were primarily on feature phones, they also started a call centre service to enable the transporter to get business.

Keeping up the momentum

Adhoc intra-city logistics is a heavily relationship-based selling industry that requires feet-on-street sales teams to interact with customers on a daily basis. To achieve the above with a lean team, they decided to stay in the face of potential clients through the ownership of tea stalls, which act as daily reminders.

Moreover, for effective communication with semi-literate/illiterate transporters, most of whom struggle to use the ‘text’ feature on these phones, they introduced SmartBoli, an industry-first advanced IVR technology, through which feature phone transporters receive and respond to jobs. The SmartBoli tech allows for multi-response choices, each customised to replicate the current decision flow that a transporter follows for a job.

The journey and the destination

According to a report, the logistics industry in India is pegged at $130 billion, with 35-40 percent of it being in the intra-city space. It is also estimated that 18 lakh small commercial vehicles complete millions of transactions daily, across the country.

Clawing its way into this lucrative ecosystem, SmartShift services over 500 pin-codes in Mumbai and Hyderabad. Although focused on the SME’s “on-demand” market, they have diversified and emerged as the last-mile logistics partner of over 25 FMCG companies, e-commerce clients and logistics companies.

From the business point of view, SmartShift has witnessed an over 50 percent growth month-on-month since its launch last year. “Our biggest strength, however, has been our lineage. Coming from the ‘Startup Garage’ of the Mahindra group, we get the best of both worlds - the process, governance and discipline of a large, mature business, and the tenacity, nimbleness and fierce competitiveness of a startup. The icing on the cake is that SmartShift gets an unmatched, privileged access to 150 Mahindra group companies, which made us the last-mile logistics provider in the Mahindra universe, working towards the ‘One Mahindra’ ecosystem. It also provides us a ready testing space for all our future experiments and innovations,” says Kausalya.

SmartShift has successfully garnered over 10,000 stakeholders, and clocks approximately 1,200 transactions every day. It is on course to open up in two more cities in the current financial year. And as its next milestone, the company aims to create a community of 1 million stakeholders in three years.

SmartShift is most valued for its initiatives that have turned its clients into a community. Their “Business ko Lift Karo” programme has tied up with various organisations, like Lendingkart, to provide collateral-free loans to business owners; Mahindra Insurance Brokers Limited, who provide discounts on vehicle insurance; and Indian Oil Corporation Limited, to provide fuel incentives to transporters.

And, as part of building long-term relationships with transporter partners, SmartShift organises the “SmartParivar Sammelan” programmes biannually, recognising the contribution of transporters in delivering value to the customers and community.

Mumbai-based startup Truckola, launched in August last year, also boasts of similar revenues. Also entering the race is Chennai’s old-timer Fast Track. Turant Delivery is another startup that has entered the fray, amongst others. There are a lot of domain specialists like City-link, Blackbuck, Rivigo and Porter for trucking, Flexport and Freightos for freight, and Ecourierz and Shipdroid for courier.