The peripheral and the innate: Pablo Picasso and the making of a genius 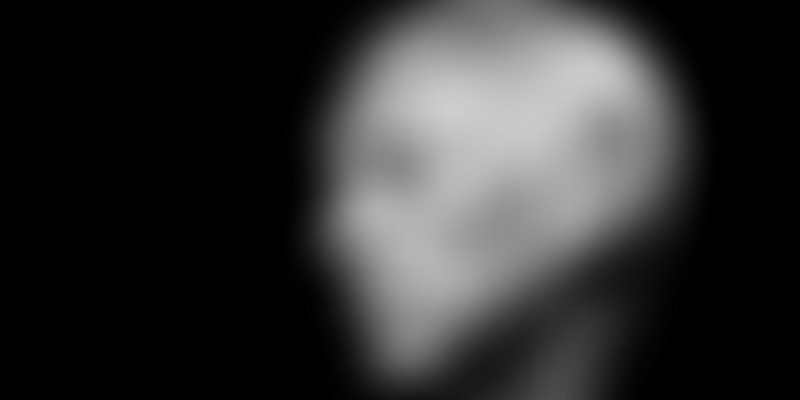 If you follow the herd, you can’t lead. Leaders, geniuses and achievers have that extra something that makes them stand out. They lead the pack, break the rules, sidestep the norms and think and behave differently.

That is what makes Pablo Picasso, the Spanish painter, sculptor, printmaker, poet, playwright and ceramicist, one of the most exceptionally talented and influential artists of the 20th century.

Born in Malaga, the son of a painter, his early formative years were spent in Barcelona. His training began early on under his father.

By the age of 15, Picasso was showing signs of a genius. Daniel E. Schneider writes how he passed in one-day the entrance examinations to the Academy in Barcelona. These examinations were so difficult that a whole month was usually required for their preparation.

Picasso was different, never conforming to a single style. Cyril Barrett writes, “Picasso does not 'fit in' anywhere.” According to him, “He has never adopted a 'style'; he has borrowed certain aspects of a technique which suited his purpose. He was never an Impressionist, or a Fauvist, or a Surrealist, though superficially he might resemble them.”

This sets the stage for us to study this enigma, shows how we should look at his work and life. Do we need to look at him as an artist who created art in sync with the developments around him but without confirming to any one of those exclusively and therefore, always stood out? Was it a deliberate attempt on his part?

In 1901, Picasso’s first exhibition in Paris, when he was twenty, was a failure. Schneider writes, “He was criticized as an imitator of Lautrec, Steinlen, van Gogh. For him that marks the end of what might be called "development." From this point of failure forward, the various "periods" begin.”

Picasso’s works are often categorised into periods. The well-known ones include the Blue Period, the Rose Period, the African-influenced period, Analytic Cubism and the Crystal period or the Synthetic Cubism phase.

Picasso's Blue Period (1901–1904) saw the shades of blue and blue-green dominate in his paintings. According to Alexander Barr, “The lugubrious tone was in harmony with the murky and sometimes heavy-handed pathos of his subject matter – poverty-stricken mothers, wan harlots with femme fatale masks and blind beggars.” The evidence of our study indicates that the choice of this subject matter, as well as the pervasive blue, was determined by the essential psychological conflict in Picasso and was the first full-scale attempt to resolve his inner tensions, writes Schneider.

With the Rose Period (1904-1906), a more cheery style emerged that featured acrobats, harlequins and more circus people. The colours orange and pink came to dominate. In 1904, he also met Fernande Olivier, a bohemian artist in Paris, who was his mistress and also appears in his paintings. His general exposure to French paintings that follow upbeat and optimistic style, too, had an impact upon his style.

Picasso’s African Period (1906-1909) was influenced by African sculpture and traditional African masks. The inspiration for this came from African artworks, which in the early 20th century could be seen in the museums in Paris as a result of the French expansion into Sub-Saharan Africa.

Picasso co-founded the Cubist movement. Cubism is defined as an early 20th century style and movement in art, especially painting, in which perspective with a single viewpoint was abandoned and use was made of simple geometric shapes, interlocking planes and, later, collage. One of the best examples of his art was the painting Guernica (1937). The painting portrays the bombing of Guernica by the German and Italian air forces at the behest of the Spanish nationalist government during the Spanish Civil War.

It is a painting that has even graced NCERT class 11 history books.

Cubism spread to other parts of the world. Artists like Max Weber came in contact with Picasso in Paris. “One his return to New York in January of 1909, after spending over three years in Paris, the 28-year old Weber embarked on a decade of creativity that established him as America’s greatest cubist painter and proved to be the most significant years of his career,” writes Percy North in the article, Bringing Cubism to America: Max Weber and Pablo Picasso.

The peripheral and the innate

According to Barrett, one of the remarkable things about Picasso's art is that in spite of his years in Paris, it remains Spanish. Besides, it remains circumscribed in its formative ideas within the compass of those early days when he spent as much, or more, time in Spain than in France.

The outer world, the developments around him in the art world and otherwise had an impact on his paintings. Picking on these Barrett writes, “The influences which have played upon him both in his native Spain and in France have been numerous, diverse and complicated. Picasso has known almost everyone of consequence in the artistic world of this century; he has lived at the center not only of every major artistic revolution but of the two great political upheavals; he was not in Russia for the Revolution but he came under its influence in his own country in the thirties and in France since the War; and his private life has not been dull.”

However, art is often the extension of oneself. Here, Schneider makes a very valid point when he examines not the art and the influences around Picasso but the artist, his personal life and experiences.

Schneider shows how Picasso's innovations show all the essentials of an attack upon conventional pictorial concepts of reality. Of these, two characteristics are psychoanalytically important: first, an infusion of an inordinately high psychic tension achieved pictorially by various methods of distortion; and second, a play with time and space in relation to the mass and dimensions of the body. These gross characteristics of his innovations will help define for us what the "periods" are, namely, episodes of relief of tension in which the compulsive internal threats of failure are turned into successfully externalised attacks upon his world, challenging and disturbing.

Schneider’s study of his personality, his thoughts and behaviour sheds light on the genius and how his work is nuanced and varied as a result of his personality, especially when he compares him with another maestro –Leonardo da Vinci – and shows how different both the men were.

Picasso is a revolutionist. He is famous for his amazing speed in drawing, but his lack of obvious sentiment. His preoccupation with feminine sexuality is quiet clear.

Unlike Leonardo, Picasso had a mistress, married and fathered children. Both men had in common the capacity for magnificent draftsmanship and superlative purity of line; Picasso's led him to innovations in paintings. Schneider writes that in spite of the extreme differences, they had a common torment, a common sense of failure and a common loss, but their reactions to them were different.

Picasso's loss of his mother in childhood, his exile from his motherland as he reached manhood and the rage of Guernica are all violent things, deep things. The emotions surrounding them do not come out obviously. Picasso's sense of personal loss, loneliness and exile is too deep to paint but is always implicit, however denied by distortional and fetishist devices. And no one will doubt that the modern world abounds in masculinised women, just as it abounds in economic crises. He aimed to hold up a mirror of himself as a reflection of those around him. In this, he has succeeded, as have few other artists.

To subscribe to either Barrett or Schneider’s viewpoint would be to consider only one dimension of the great artist. Picasso, indeed, was a product of personal experiences fused with external stimuli and influences.