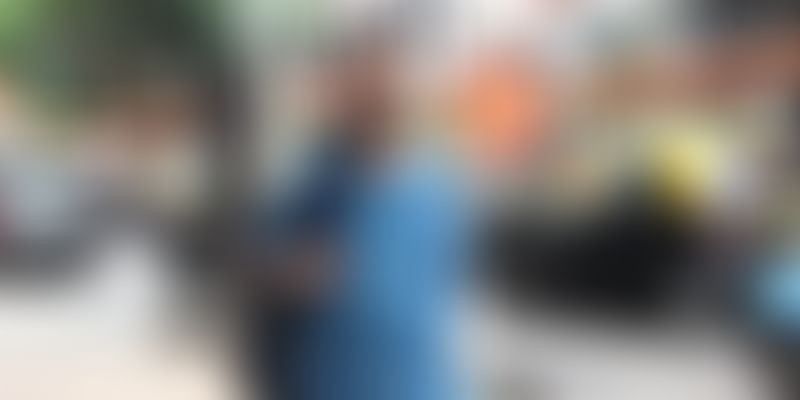 30-year-old Rachit Kulshrestha was diagnosed with cancer when he was just five. At the age of six, doctors had to amputate his left arm. Rachit, however, chose not to give up and was determined to live life on his own terms. Today, Rachit plays cricket, chess, and table tennis and has scaled a 13,500-foot mountain twice.

Rachit's early days — with other children making fun of him and not receiving the same opportunities as those around him — were filled with struggle, but he never let that deter him. In a Facebook post published on the Humans of Bombay page, Rachit said,

"I was always a huge fan of football, so I would train really hard to be a goal keeper and all that training paid off — I was selected to play at the inter-school level. The first match of that tournament was an unforgettable one for me. When the coach of the opposite team realised that I was the goalkeeper, he declared that his team would win by ‘at least six goals!’ but I didn’t let that bother me. I was so focused on doing my best that we ended up winning the game 4-2! That was a day of validation for me — that if I really try nothing is a limitation."

Determined to try different things, Rachit has been living life to the fullest. Having worked at different places as a waiter, bartender, hotel manager, and call centre executive, Rachit travels a lot. He also writes poetry, and as an entrepreneur, has started his post film production company ‘Secret Locators’.

In 2014, Rachit's cancer resurfaced in another form, but Rachit defeated it again. "Or like I usually say — my invisible hand is always showing the invisible finger to cancer!" Rachit said. Do read the complete post below :