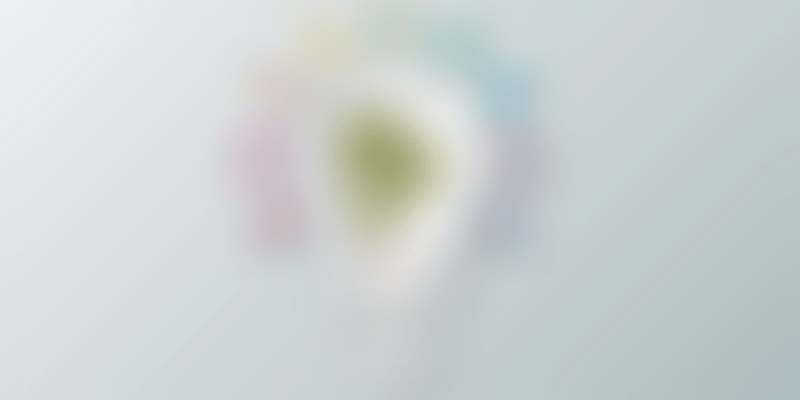 With a majority of Indian rural households depending on farming as their principal means of livelihood, agriculture plays a crucial role in our country’s economy. The unorganised agriculture segment is the largest employment generator of the nation and has immense potential, provided its functioning is streamlined through expansion and advancement. Yet, the sector is largely neglected by technological innovation and the emerging startup ecosystem. In India, there is a tendency to allow stagnation of agricultural relations and systems of exchange, despite the fact that our traditional arrangements and processes have relegated many farmers to lives of misery.

Drawbacks of the mandi market

One ubiquitous system that has existed for several decades in agricultural trade is that of the mandi - the conventional South-Asian wholesale vegetable and fruit open-market. If we think of the mandi system in technological terms, it behaves like a network of routers. Each hop (or mandi) acts like a router every time it receives fresh produce by deciding which mandi to send it to next, unless there is local demand. The drawbacks of the system include price hikes and produce degradation at each hop due to loading and unloading. Contamination by flies and larvae due to lack of storage facilities at the mandi is also a massive problem.

Even regulations imposed by the government for the welfare of farmers have assumed the open auction mandi system to be the default mode for selling farming produce. The Agriculture Produce Market Committee (APMC) Act ensures the establishment of boards to prevent intermediaries and money lenders from exploiting farmers. The intention is to help farmers sell through auction so that they are not compelled to sell their harvest at throwaway prices. However, the compulsion farmers face in the form of all produce needing to be brought to the market yard first has slowly led to APMCs losing their democratic nature.

Instead of guaranteeing fair prices to farmers, these bodies have themselves started controlling prices and charging exorbitant commission fees on transactions. The bureaucracy involved has encouraged red tapism and corruption. APMCs have unwittingly become dens for the cartelisation of traders, who delay payments to farmers and avoid providing them with sale slips, making it extremely difficult for a farmer to prove her or his income to even get loans from banks. The end result is that the farmer- who is wholly responsible for the production of the food we consume- is able to receive only a small fraction of the final retail price. Even when electronic auction centres like the Safal National Exchange in Bengaluru were established, there was no transition to a transparent system. The lack of storage facilities has not been addressed by APMC regularisations either.

The silver lining is that the APMC Act is not adopted uniformly in all states, and different governments have made their own modifications. Maharashtra, following the example of Delhi, has decided to allow farmers to sell their produce in the open market, freeing them from regulatory mechanisms and facilitating better financial remunerations for them. This reform is in line with the intention to join the National Agriculture Mission (NAM) for free and fair agriculture trade. As more and more states are looking for a middle path, farmers can choose to sell in open markets or continue to operate through the APMCs.

The need of the hour is to create a vibrant agricultural economy, and that is not a distant dream. The current information accessibility boom can enable India’s agriculture sector to avoid the traditional mandi system altogether. Knowing exactly where demand and supply are located eliminates the need for mandis to act as routers and will result in tremendous savings in the absence of a price hike at each mandi auction. Traders at the mandi exercise a lot of power, since it is the only key channel that exists to access fresh produce. As a farmer, there is no choice but to accept any price and date of payment. Recent changes to the APMC Act open alternate channels for farmers, especially for startups to empower them by sourcing produce for companies directly from them. The quality of produce can also be improved by evading loading and unloading at every mandi.

With smartphone technology and data connectivity penetrating even the most remote villages of the country, there is tremendous scope for much of the information asymmetry in this space to be eradicated. Initiatives like the Kisan Suvidha app, launched by Prime Minister Modi in April this year, are also firm steps in the direction of allowing technology and startups to collaborate with farmers.

The penetration of bank account services in the country has also made payment to farmers much more transparent. Direct transfers to farmers’ accounts will make sure they are not shortchanged and that there is timely payment, and dignity, for their work. The growth of energetic startups is sure to translate into growth for the agriculture sector if channelised appropriately.

Towards a vibrant and democratic economy

The aim needs to be the creation of a supply chain that supports farmers while also providing businesses with the freshest farm produce in the most efficient manner. An inclusive and resourceful agriculture segment can be created if the government authorities equip farmers to partner with emerging startups. Innovative businesses are all set to smoothen out payment methods and digitise the entire process of agriculture trade, getting producers their due and consumers the quality they deserve.