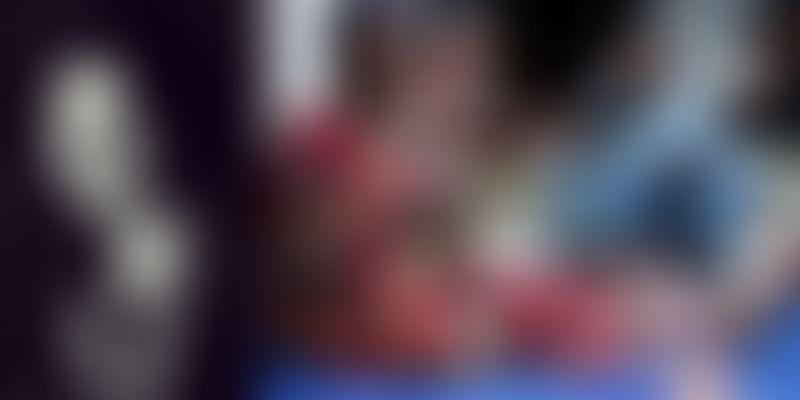 India is home to thousands of artisans who have been handed down traditional rural art and craft techniques. Most of these artisans, who have mastered their craft over years, do not have many takers for their traditional art forms. These artisans are hence forced to sell their work at throwaway prices under the pressure to provide for their families.

On the other hand, the modern Indian woman has evolved from wanting to own jewellery as an investment to wanting to express and celebrate her individuality. To address both these challenges at once, Gina Joseph, the 33-year-old accidental entrepreneur, started (meaning ‘a piece of Earth’ in Italian) in 2014.

Gina grew up in Delhi and Chennai, while her roots were in Kerala. This multicultural exposure developed in her a special interest in people, food, customs, traditions, festivities, and colours. Gina has always been an appreciator of art. Designing jewelleries, however, surfaced as a hidden passion by mere chance.

Soon after graduating in Visual Communication from Loyola College, Chennai, Gina obtained her first employment in advertising. She later worked as a journalist for five years, and was a part of the corporate world for two years. She took a break from work and did an Arts Management programme from Dakshinachitra in Chennai where she was introduced to the world of traditional jewellery making. Gina recalls,

"While doing this programme, as part of my Indian art project, I created my first three pieces of jewellery. I was very fascinated by the temple women in Indian sculpture, that is the salabanjikas (tree huggers), madanikas and yakshis (goddesses of fertility) so I got them carved in wood and put it together with semi-precious stones. The concept was 'to wear a piece of history on you'."

Soon afterwards, during a visit to Gita Ram, the Chairperson of Crafts Council of India (CCI), Gina was wearing one of the necklaces which she had designed. Gita immediately developed an appreciation for her designs. While she was there, Gita received a call from an international designer who was to go to Bhubaneshwar in two weeks, and conduct a Dhokra design workshop with some of the rural artisans. The designer had cancelled in the last minute, and Gita insisted Gina to take up the workshop.

"I had no prior experience in designing jewellery or anything for that matter, but she said “just go, let’s see what comes out of it, I think you can do a good job,” Gina recalls. It was this trust of hers in me and my work that was the stepping stone for Zola."

Two weeks later, when Gina took the workshop with 10 women artisans in Bhubaneshwar, she was surprised at her own accomplishments. Over the next five days, they created 70 new designs of earrings, necklaces, chokers, and anklets. "That’s when I realised that this is what I was meant to do as no other job in the past gave me so much satisfaction and fulfilment before," Gina says.

What started off as a college project has today reached great heights. Today, Zola retails at 20 physical stores in India, Singapore, Kenya and Colombo; and has done over 20 online events with e-commerce portals like gaatha.com and jaypore.com. Zola has also participated in 10 exhibitions across the country.

Gina has worked with Dhokra and Pattachitra art forms from Orissa, Toda embroidery from Tamil Nadu, Wall Mural art and Aranmula mirror from Kerala and Leather puppetry from Andhra Pradesh. The company she runs singlehandedly, engages over 40 artisans today, most of them being third and fourth generation artisans who have mastered the craft from their forefathers.

What makes Gina really proud, however, is the way Zola has positively influenced the lives of these artisans. Nukhri Sahoo, a Dhokra artisan from Odisha, tells us, “as a woman, I did not get the perks that my husband and brother got. Being rewarded for my work by Zola is a proud moment for me and family.” Gina adds,

"Recently, one of my artisan told me that he could now afford better education for his two children and also improve his standard of living significantly after he started working with me. Another artisan from Andhra said he has started paying part of his house loan from the earnings of Zola. In Orissa the women artisans I work with have promised to continue sending their daughters to school as a part of the income goes towards the girl child’s education. It gives me a lot of happiness and a sense of fulfilment when I hear about the little changes Zola has brought in their lives."

Gina is fairly confident about the future and believes in going slow and steady. "When I started Zola, there was no specific plan that I had. I just focussed on giving it my 100 percent and bringing in rural crafts into jewellery design. To keep my Zola wearers wanting more, I keep exploring new arts and crafts and see how can give it a new lease of life in the form of jewellery," Gina says.

Customers for Gina have only increased in number over the years. "They love the fact that each piece is unique, hand crafted and is very much a part of Indian history, culture and craft," Gina adds. Thanks to the dedicated and growing customer base, Zola is today a successfully bootstrapped company and manages finances on its own.

Gina plans to expand Zola to USA, Europe, UAE, China, Japan, and Australia as the brand has already gained traction with its online sales in these countries. Gina also plans to focus more on tier-2 cities of India as Zola is already retailing in the key metros. Gina says,

“If I have to put it in a nutshell, I want Zola be known as a brand that revives age-old arts and crafts by creating a decentralised global network of local talent; creating sustainable livelihoods by preserving culture and heritage, discovering new forms of expression and sharing it in the form of wearable art to the world.”