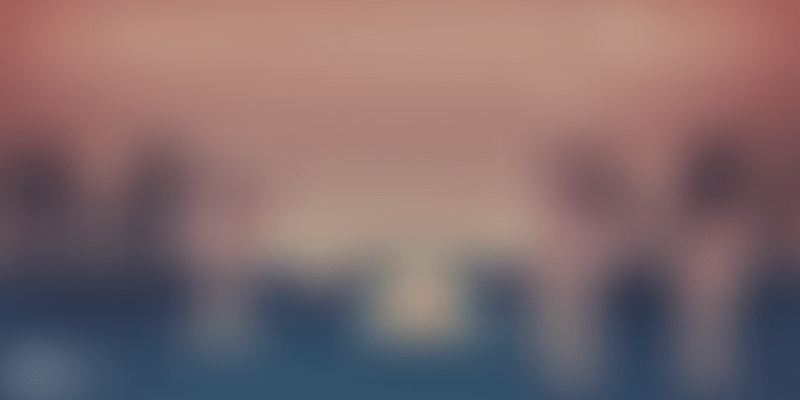 Editor's note: After Prime Minister Narendra Modi announcement of the demonetization of Rs 500 and Rs 1000 currency notes, many people have been skeptical of how this move will affect the real estate players. Deepak Kanakaraju of DigitalDeepak.com puts forth his opinion on this.

Recently, many people have expressed their opinion on social media that only a small percentage of black money is stored as 500 and 1000 rupee notes and most of the black money in the country is hidden in the form of real estate. And then they declared that this ban on notes is foolish, hurts only the poor, and doesn't touch the people who have evaded taxes and hidden their wealth in real estate.

Does the ban on high-value notes take care of the black money hidden in real estate? Yes, let me tell you how.

Must read: How ‘black money’ keeps an economy from flourishing

In most of the real estate transactions in my experience, around 20% of the money is transferred in white (with cheques, online transfer or loan from a bank) and 80% of the money is transacted in cash, in black money. A ban on 500 and 1000 rupee notes, combined with a limited circulation of 2000 rupee notes will cripple future transactions in real estate because no one can transact as they always used to.

You have to agree with me on the fact that the real estate prices are completely controlled by demand & supply, and the velocity of the transactions in the sector. If buying activity goes down, the cost of land in an area goes down automatically.

Costs of real estate dive down when the buying activity goes down. You see, real estate does not have an index value, unlike gold or stocks. There is no chart where you can look up the prices and transact accordingly. It is completely driven by the demand and perceived value.

Let's say there's a new layout and there are 100 plots of 40ft x 60ft. A new real estate mogul has purchased 3 lakh sq.ft. of land and made 100 plots out of it, left some space for connecting roads, created drainage etc. If no one is buying land in this layout, the price of this land is technically zero.

Now, in an alternate scenario, let's assume that this is a hot property and the demand is high. Let's say all the plots have been sold out at a price of Rs.1,000 per sq.ft in short span of time. There were 100 buyers and the guy who made the layout has gone out of the picture.

Here, as usual, 20% of the value would have been paid with white money and 80% in black money, in cash. If this ban on 500 and 1000 rupee notes never happened, there will be regular buy and sell activity in this layout as usual.

Since the plots are limited, if the 101st buyer wants to buy one, he would buy from an existing owner who bought it for Rs.1,000 per sq.ft. But he wouldn't buy it at the same rate. The plots which were originally at Rs.1,000 per sq.ft. would appreciate to Rs.1,100 or more because of the new demand and the new buyers ready to transact at that price.

If 1 or 2 plots in this locality sell for Rs.1,100 per sq.ft, the prices of all the plots in this area would go up to this new benchmark price. Everyone would be happy that their land has appreciated.

Since most of the buyers buy real estate with black money, the demand goes down, because the number of potential buyers competing for the same piece of land has gone down.

Read more: What do Industry veterans have to say after PM Modi’s demonetization move?

Let's say, myself, an honest tax paying salaried employee can only afford to buy a plot at that layout at Rs.500 per sq.ft. I would obviously pay only in white. I wouldn't have been able to buy that plot until now because there are other buyers with black money bidding for the same plot at Rs.1,100 per sq.ft.

Now if the seller is in need of money and wants to sell a plot, he can only sell it to the highest bidder. Now since black money in cash cannot be used, my competition doesn't come forward and I will be the only buyer who can pay, and I can pay only Rs.500 per sq.ft. If the seller absolutely wants to sell off the property because of an emergency, he would sell it to me for that price because I am the highest bidder.

Once a sale like this happens, just 1 plot out of 100, all the plot's prices in that layout get benchmarked at this price. Now suddenly for 99 other buyers who bought the plots with 80% black money, their wealth would disappear by 50% or more.

The wealth in real estate is held only as a perceived value - in the hope that someone will always buy it at a high price in the future.

Now, when the potential buyers at high prices have disappeared, the wealth also disappears. It just takes few transactions at a lower price to drive down the price of land in the entire locality.

We will see, in the next 6 months to 1 year, all the people with real estate walking around with their head held high thinking that their properties are worth crores of rupees will face the hard truth that now their properties are only worth 30-40% of what they used to be.

The wealth disappears because the demand has gone and the number of potential buyers who would pay a high price for the properties has gone down.

So all the black money hidden in these properties are now corrected and adjusted for. And all this wealth is transferred to honest tax paying citizens in the form of low prices of the same real estate properties.

All the people with black money, who had their own exclusive lane will now be forced to travel in the same lane has honest tax paying citizens. The advantage that they had, the black money in cash, on which they never paid tax on, is now out of the window. They don't have that advantage anymore because they can't move that money anymore.

Money has value only if it can be moved. Now the movement of black money is restricted, this increases the value of white money, which can be moved easily.

And that's how, my fellow Indian brothers and sisters, this MODIfication takes care of the black money in real estate.

I hope this article shuts up the people who go around screaming that this ban on notes will affect only the poor and doesn't help because most of the black money is hidden in real estate. If someone you know still does, share this article with them.