Going 'cashless' in the times of big fat Indian wedding 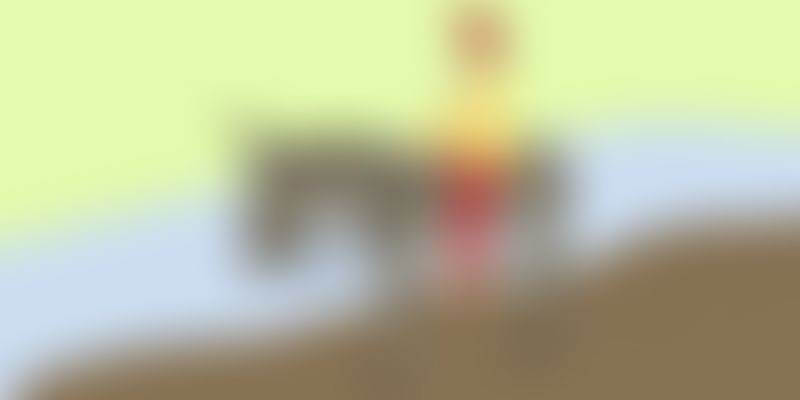 It will be sackcloth and ash for many as cash as we know it slinks away.

Karnataka’s mining baron Gali Janardhan Reddy's daughter’s wedding in Bengaluru may be the last big fat one you will see for some time to come.

That’s because the decision to put the economy under the knife by the Narendra Modi government to cleanse the economy of dirty money means those who reside in the “cash-driven” real estate, hotel businesses, self-owned businesses, bullion and jewellery, and mining will have to grin and bear it as the procedure is undertaken without administering anaesthesia.

Simply put, money will not make the mare go around for some; life as the new beast of burden has begun!

These opaque, “cash-rich” segments cited earlier account for a significant chunk of the loot spewed even though we don’t have data on their specific contribution. What can’t be denied is the moolah they throw up lubricates vast swathes of the political class and babudum (bureaucracy). UPA-2 told us how it all works and we must be grateful for the tutorial.

According to ICICI Bank Global Markets in a report co-authored by its economists Niharika Tripathi, Kamalika Das, and Samir Tripathi,

“In the long term, the move will be growth supportive. More inclusive growth, increased crackdown on black money and corruption, increased efficiency (by increased tax compliance and checking counterfeit money) and boost to the formal economy will be positive."

The report adds, "Additionally, increased transparency in business transactions is supportive of better corporate governance practices and will help to instill confidence in India Inc.”

The trio refers to the World Bank’s `Ease of Doing Business Report’, where we stand at 130 (of 190 countries). While we rank low on sub-components such as ‘Dealing with construction permits’ (rank: 185), ‘Registering property’ (138) and ‘Paying taxes’ (172), it is pointed out we may see marked improvement over the medium term.

Be as it may, what may be of concern to bankers is that loans given out to these sub-sectors have turned dud in a big way. The Reserve Bank of India’s (RBI) Financial Stability Report (June 2016) tells us within the industrial sector, ‘basic metal and metal products’ accounted for the highest stressed advances ratio as of March 2016 followed by ‘construction’ and ‘textiles’. A silver lining is the stressed loan ratio in ‘infrastructure’ fell to 16.7 per cent from 21.8 per cent between September 2015 and March 2016 – it perhaps has got a lot to do with the premium placed on getting the act right in this area by the Modi government.

The RBI Report on Trend and Progress of Banking in India (2014-15; the latest on offer) noted credit to sensitive sectors – capital, real estate, and commodities market – made up for 18.5 percent of banks’ loans and advances; more than 90 percent was to realty. While there appears to be a moderation in credit growth to the sensitive sectors, it is still high.

What can lead to furrowed brows for those close to Modi is that some of the sectors that are going to be severely hit employ millions who are part of the cash economy.

But on the flipside, what can lead to furrowed brows for those close to Modi is that some of the sectors that are going to be severely hit employ millions who are part of the cash economy and the “unorganised sector” who for no fault of theirs will now be in more than a spot of bother. These folks receive cash for what they do and pay for their daily needs in cash; scores of them are out of the ambit of formal channels of finance or are “unbanked” as on date.

The Modi government has a tricky trade off on its hands.