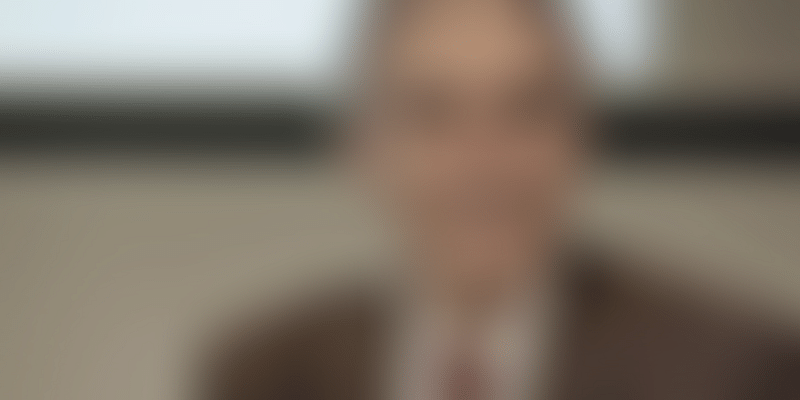 Jay Scott Walker, the Chairman of Walker Digitals, has always been an eccentric personality. An inventor and entrepreneur, sure, but how many entrepreneurs have left a trail of multiple startups? He says, “I start businesses for a living,” but looking at his business ventures and his instinctive strides towards them, it is perhaps more appropriate to say he breathed business for a living.

Born in 1955, Walker didn’t wait till he was an adult to start a business. At the age of 13, he bought candies in bulk and sold them to kids at prices cheaper than what his summer camp was selling at. He was an opportunist in the making. At 17, he figured that the game of monopoly can be consistently won no matter what the dice rolled and that it was simply“a game of skill.” He wrote an entire book elucidating 1,000 Ways to Win Monopoly Games and cheekily contacted the Parker Brothers to inform them. They threatened to sue him, and they did, as he published the book anyway. “I get my competitiveness from my mom,” he said.

Walker continued to hop form one business to another, irrespective of how they fared. He tried his hand at newspaper publications, set up a marketing company and even started a business of light sculptures. They were all a wreck, but Walker always did the one thing he was probably better at than he was at business – he moved on.In 1992, he was struck by the idea of linking magazine subscriptions to credit cards so they could be automatically renewed. This grew into a company called the Synapse Group, which he co-founded with Michael Loeb.

It was in 1994 that his most illustrious of business ventures came to light in the name of Walker Digitals. To hear it from Walker himself, “Walker Digital is about reengineering the DNA of the future of business.” They envisioned this by sourcing and innovating ideas to create applications that provide business solutions. It is for this reason that he has been dubbed as the ‘Edison for the new age’, for Edison brought scientists together to create solutions at a time when scientific discovery was a solitary affair.

More than the company’s business undertakings, it was their business model that stood in the spotlight. Instead of creating products from scratch, they bought patents of business ideas and software from companies auctioning their assets. Every business first needs an idea and then the software to run it, and Walker wanted to ‘collect’ as many as he could to fuel his startups.His idea was to aggregate patents so he could reinvent businesses. By the late 1990s, he had about 240 pending patents on several ideas.

But how did he conceive this business model? Walker once chanced upon a journal article on banking systems that transferred large sums of money securely using public key cryptography. The algorithm backing this was developed by three mathematicians who patented it and started a company over it.This is when Walker realised that patent law protected not only products but also concepts, ideas and their applications.Walker Digital’s journey of idea acquisitions, and innovations, thus began with this idea.

Acquiring patents, and in heaps as Walker did, comes with a sly advantage. Having intellectual property rights gives one the power to file lawsuits against companies that, without their knowledge, violate it. Walker Digitals has been alleged to collect a majority of their revenues from such lawsuits, giving them the infamous title of a ‘patent troll’. The company has sued Microsoft, Dell, Hewlett-Packard, Amazon and Google. Its boldest lawsuit till date has been against Facebook.Walter Digitals claimed that they owned the patent for a process that allowed users to disclose their personal information only upon request, a.k.a “friending”.

It was with this strategy that Walker Digitals embarked on their business launches. They launched Price line in 1999, an application allowing travellers to offer low prices on airline tickets that the airline would accept if seats remained vacant. In 2003, they formulated an internet-based surveillance system called the U.S. Home Guard that was essentially crowd-sourced security. They wanted to hire work-from-home employees who could provide constant surveillance to the US Department of Homeland Security. The project was, however, not approved by the government as it was financially crippling.

Walker Digitals also contributed to gaming technology with Perfect Pay Baccarat, an application that increased game security and dealer accuracy, and minimised discrepancies. Their partnership with International Gaming Technology (IGT) was a significant move as IGT is the world’s largest manufacturer of casino games.

Walker believed that one should “be recognised for your intellectual achievement.”This was a vision he held on to because Walker Digitals, with its controversial business model, came to be known for just that.