Started from a one-bedroom apartment, ClickOnCare is now ready to take a shot at the $450 bn OTC healthcare market 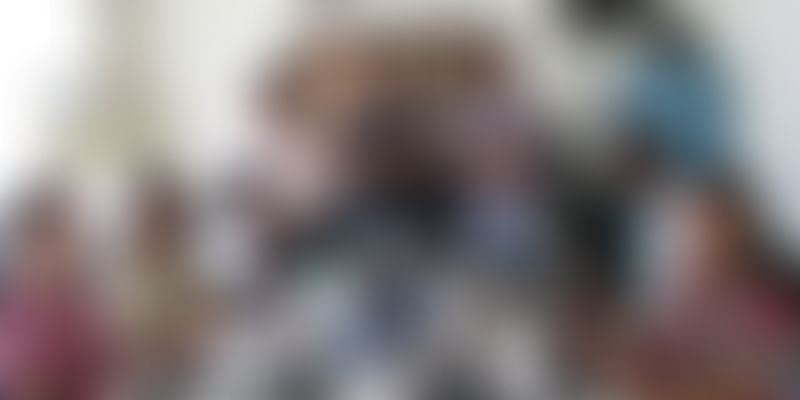 Despite the major resistance seen against online pharmaceutical companies, many are still growing and thriving. With just a swipe, you can now consult with doctors and find hospitals and diagnostic centres. Key players like Practo and 1mg are also venturing into the world of online pharmaceuticals.

Joining the throng is ClickOnCare, started in Bengaluru in 2013. Founded by 27-year-old Akshat Malik, ClickOnCare is an e-commerce platform for healthcare, cosmeceutical and dermacare products. An army brat all his life, Akshat decided to start up in the space after his stint at ING Vyasya. Being new to the world of e-commerce, he defines his startup process as “learn, unlearn, relearn, implement and learn again”.

“I felt that medicines were neglected in the healthcare segment. While I knew that prescription drugs were highly regulated, it was surprising that there were several OTC drugs and healthcare products that weren’t available easily. That is what I decided to focus on,” says Akshat.

Starting up from a one-bedroom apartment single-handedly, Akshat, for the first seven months, donned several hats, including those of the founder, data entry executive, salesman, IT department and even the cleaner. It was in the eighth month of operations that he was able to hire two employees to handle digital marketing.

“For the next two months, every day, my home was a bedroll that opened at 11PM and closed at 7.30AM, as office started at 9 am. And the apartment worked as both my home and office,” says Akshat.

It was in 2014, when ClickOnCare gradually got a team of 10 employees and 30 interns together, that they moved into another office space. The initial days involved going to people who manufactured OTC healthcare products like Lifezen and onboarding them, selling the advantages of going online.

The team claims to have active and in-stock SKUs numbering over 116,000, as of August this year. The platform also claims to have over 300 active sellers and 800 active brands on the platform, including the likes of Kaya Skin Care, Avene, IDC, Thalgo and Dermalogica. To raise awareness of the website, the team initially focused on word-of-mouth and social media.

ClickOnCare claims to have close to a 60 percent growth month-on-month growth in. Akshat believes that this has been possible because of their focus on customer needs and requirements. He adds that they have focused on ensuring that the returns and damages are minimal.

“Our portfolio of products grows at the rate of 500 SKUs per week, with more than 10 verified, renowned sellers and manufacturers registering on a week-on-week basis,” says Akshat.

According to an InnAccel report, about 90 percent of the healthcare startups evaluated in 2015 were working on preventive healthcare and monitoring solutions. Hospitals, medical devices, clinical trials, outsourcing, tele-medicine, medical tourism, health insurance and medical equipment collectively form the pillar of the healthcare sector.

According to an analysis by Datamonitor Pharma, most pharma companies are drawn to the consumer health or, more specifically, the OTC market, believed to be the third most lucrative healthcare sector after pharmaceuticals and medical devices or diagnostics. The report adds that OTCs have an average operating margin of 20.2 percent and a market size of $450 billion worldwide.

The European non-prescription medicines and OTC market at consumer prices is said to be close to 36 percent of world sales. In India, several bigger brands like Piramal Healthcare, Dabur, Dr. Reddy’s and Mankind are tying up with various international brands to sell OTC drugs.

The team at ClickOnCare is looking at venturing into the sale of prescription drugs in the next six to 12 months.