Will Indian startups help build something like a Tesla? 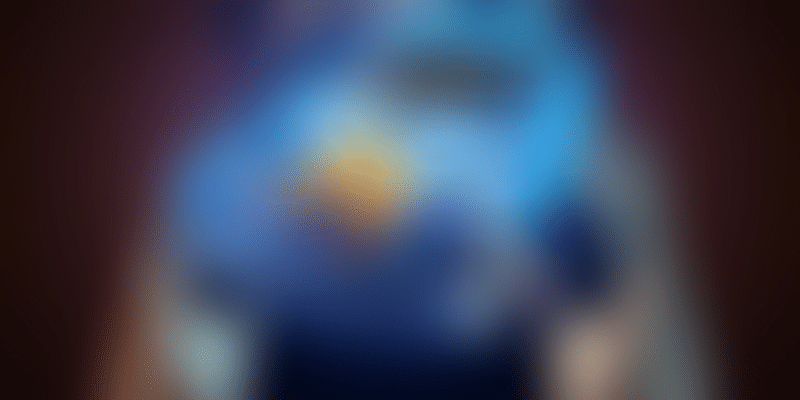 In the factories of Tata Motors, a behemoth accruing $41 billion in revenue, a man is putting a new generation of software into cars. Dr Timothy Leverton, head of advanced and product engineering, is deeply invested in the thoughts of startups in the country. He has to ensure that startups understand how controller area networks, microcontrollers and devices interact with each other in a seamless manner. He also has to create gateways between low speed networks, high speed networks and ultra-high speed networks.

Dr Leverton believes that the Indian automobile industry is on the cusp of a connected revolution; the number of sensors in cars has gone up considerably over the past few years. It is only a matter of time before the data generated by the car goes to the OEM (Original Equipment Manufacturer), who will become the custodian of the data, instructing service networks to fix the car as appropriate. But Dr Leverton is disappointed that this change is happening at a snail’s pace, saying that there is no innovation coming from startups in the country in core engineering.

He says, “The quality of startups in the connected vehicle space is unsatisfactory at present; startups need to up their game. But even large corporations need to keep pace with change.” Tata Motors worked with a dozen startups in the building of the UI and UX for the company’s mobile app. Dr Leverton says that it was sometimes frustrating to see that these projects did not go anywhere. “Nevertheless, there was learning on both sides,” he says.

What Tesla and Google achieved

A case is now being made for vehicles’ operational data being stored in a central unit and then transferred remotely to the OEM through 4G or 5G networks -this is how Tesla works. This is also where the opportunities to secure data come into play. Then there is the in-vehicular entertainment module that can be connected to the cloud and remotely patched for software upgrades. “New business models will evolve in the era of digital transformation,” says Ganesh Ayyar, CEO of Mphasis Ltd.

There are several questions being asked about what this new business model entails:

Tesla and Google are the only ones using the cloud for carrying out software patches for all the sensors in a car. Keep in mind that Tesla vehicles do not have a power train, but an electric motor drive train, which is connected to the cloud for preventive maintenance. The lessons from each Tesla vehicle on the road are patched back as an operational feature during a remote software upgrade. Say, for example, that a driver has driven on a bad stretch of road for several months - the car learns, and can tell the driver that there are other routes to his destination. The car has sensors that can notice the owner’s presence and opens the driving door at a metre’s proximity, and also has an auto-pilot mode.

Let us be honest - we are still far away from a Tesla or Google autonomous car-like experience in India. So let us go back to the Indian automotive ecosystem and see how it will evolve.

Enter Bosch, Continental and others

As you enter the main block in RBEI (Robert Bosch Electronics and Business Solutions Limited), you are greeted by the striking presence of a BMW 3 series cut in half. Upon close observation, you would notice the different electronics that go into the car. Now, Bosch wants to be a 360 degree player in India by making software central to a car’s existence. Its managing director, Vijay Ratnaparkhe, has been working with the three big names in the Indian automotive industry (Maruti, M&M and Tata Motors) on telematics and onboard diagnostics software and hardware.

Bosch India’s software arm Robert Bosch Engineering India Limited builds the software that goes in to a car. Even General Motor’s Cadillac XTS model had its telematics unit built here in Bengaluru. The software schema is defined by General Motors, and the unit gets tested and built here.

“The primary focus today is to build safety systems and entertainment modules in Indian cars. That said, we are becoming a global delivery house for connected vehicle systems,” says Vijay.

The size of the market for passenger cars in India is around three million today, and is expected to cross four million by 2020. At least 20 percent of the cars will by then have park assist, navigation, air bag systems and real-time onboard diagnostics as standard offerings.

Vijay is supported by Volkmar Denner, the global head of Bosch GmbH, who is preparing for the company to usher in an era of Industry 4.0, centred on connected factories, connected platforms and connected consumers.

And it does not stop with Bosch.

Continental GmbH’s CEO Dr Elmar Dagenhart saw his company purchase a software venture in the US to prepare for a future of driving with software. Dagenhart’s vision is for cleaner and safer cars on the road, and he believes that there will be up to two billion vehicles on the road by 2040. These cars will be hybrids, running on both electric motors and gasoline, with sensors to control emissions. His company is building advance drive assistance systems for safety and long distance driving on highways, and is also building smarter cars armed with the ability to identify objects in close proximity and immediate automatic braking systems. All these require powerful software and internal networks within the car. This software will be coded and shipped from Bengaluru, and will be available to Indian manufacturers as well.

Continental acquired Elektrobit about a year ago. This company will help the car major build software for connected vehicles, and will work with OEMs based on their need. Bosch and Continental are in the race to build a fully autonomous car ahead of Google and Tesla by 2025.

KPIT Technologies is another IT Services company in India that does not want to miss this race, offering a whole range of automotive embedded solutions and software architecture for the entire car. India is well equipped to have connected car concepts. But it is, in the end, dependent upon only one thing; automobile manufacturers need to move the needle, and today, there is no business case for them to even offer simple connected services.

“Indian cars will not connect to the cloud for the next decade,” says Vijay Ratnapharke. Here, consumers will be offered Bluetooth-based services, where the app on the smartphone gathers diagnostic data from the car. There will be very few cars using 4G services that connect to the vehicle directly. The reason car makers will not move the needle is because it requires an entire new direction, making collaborative business models the norm to go digital.

The problem is that car makers, like telecom operators, have not thought about collaborative business models, and are going to go very slow in changing the way they serve their customers. Today, data is everything and that data, of mobility, rests with network providers and the likes of Google. However, there are lessons that can be learned from someone who tried to move the needle.

Chetan Maini is perhaps the most underrated businessman in India. Maini built an electric car for the Indian market when the country was guzzling gasoline, and everybody had a hearty laugh at his idea at the time. However, Maini went on to build a smart mobility company, which he sold to Mahindra and Mahindra in 2010. The Reva’s second avatar was as a car whose telematics unit allowed the car’s diagnostics to be collected over the cloud. He had tied up with Vodafone to provide this service. He could also upgrade the software of the car remotely.

However, people did not buy into the electric vehicle story until 2015. It was only after the emergence of Elon Musk and Tesla that people started thinking of electric vehicles as a cool way to commute. “I had worked these connected concepts for car diagnostics and user communication with the car right from 2006. India has the ingredients to make the car connected, but it requires automakers to invest in security and a certain risk-taking ability. Today, they treat connected car services or app based services in India as premium when it is actually not,” says Chetan Maini, creator of the Reva, which is now called Mahindra and Mahindra Reva. Maini built the entire telematics for the vehicle and connected it to the cloud on a Linux platform. The Reva has sold more than 4,000 cars worldwide.

What are the possible beginnings of the connected car in India?

Truth be told, there is no connected car in India; it is some time away yet. However, there is an opportunity in the domestic market. Based on demographic profiles, there are at least 100,000 customers who would appreciate these services in a car, and there are several potential avenues to reach out to them. For example, startups like ZoomCar are a good way to test out a manufacturer’s collaborative business model. They could showcase small concepts such as tracking the car’s diagnostics and location on the app, and could work with ZoomCar to build services, in the app, with hospitality businesses like hotels, restaurants, spas and retail services.

Today, there are collaborations happening only at the asset level, where consumers get to experience the OEM’s brand of cars under the ZoomCar umbrella. Before we can move further in the direction of connected cars, this market has to be created. That is, however, not difficult, because 90 percent of car buyers own smartphones. Now, the challenge is to make OEMs work with startups, telecom operators, smartphone manufacturers, data centres, digital security companies and software services companies.

However, another problem to be accounted for is that the car will integrate with very few popular phone models; when there is a connected car ecosystem, it becomes extremely difficult to make the car’s telematics unit to accept every phone to be ported onto the car. Also the OEM will not integrate all apps in to the car because they fear security risks from hacking. They will, instead, make an app (which acts as security layer) that integrates a few certified apps (like Pandora, Saavn or FitBit and a voice-based Twitter) to be connected to the car. This solidifies the case for a collaborative business model.

The feasibility of the connected vehicle ecosystem largely depends on how our 4G networks perform. However, automobile heads point out that a car doesn’t need every sensor or Electronic Control Unit (ECU) to connect to the cloud. Let us look at what automobile manufacturers mean by core engineering in the connected vehicle ecosystem and what kinds of connection opportunities are possible depending on network capabilities.

Ultra-high speed networks that can connect to the cloud

The millennial consumer is willing to shoulder the risk and share data. The onus now lies on the OEMs to kick-start this ecosystem.