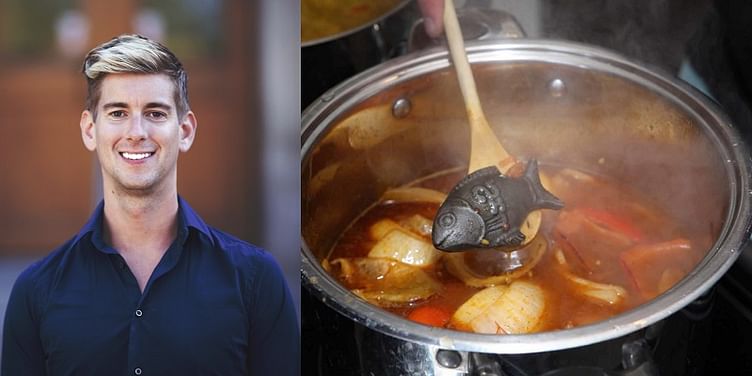 Iron deficiency is the most common nutritional deficiency in the world today. Over 2.5 billion people, primarily women, suffer from the problem that leads to tiredness, lack of efficiency, and the constant risk of failure of vital bodily functions, leading to morbidity and death.

To solve the iron-deficiency problem, Dr Gavin Armstrong, a 29-year-old entrepreneur from Canada has come up with a simple health innovation — a Lucky Iron Fish. The cast-iron fish is specifically designed to provide 90 percent of a family's daily iron requirement for up to five years and has proven to be a disruptive innovation in the health sector.

Using the fish is quite simple. All one has to do is boil the iron fish along with any liquid or broth-based meal. Adding a little bit of lime juice helps the process. "The small level of acid will allow the iron to leach off the iron ingot and be absorbed into the liquid," Gavin told thestar.com in an interview. The fish can be taken out and washed once the meal is ready, and is reusable for up to five years.

The concept was initially tested in Cambodia in 2012, where a 50-percent decrease in the incidence of clinical iron deficiency was observed. The product was eventually launched in 2014. While the sales were low initially, today the company sells 100 fish every hour. Over 70,000 fish have already been sold, with another 70,000 in the process of being donated, reports Stamford Advocate.

For his exemplary work in the field of social innovation, Gavin was selected among the Forbes 30 Under 30 Social Entrepreneurs of 2016. The Canadian entrepreneur plans to expand his idea across the globe and hopes to create a world where no one suffers from iron deficiency.