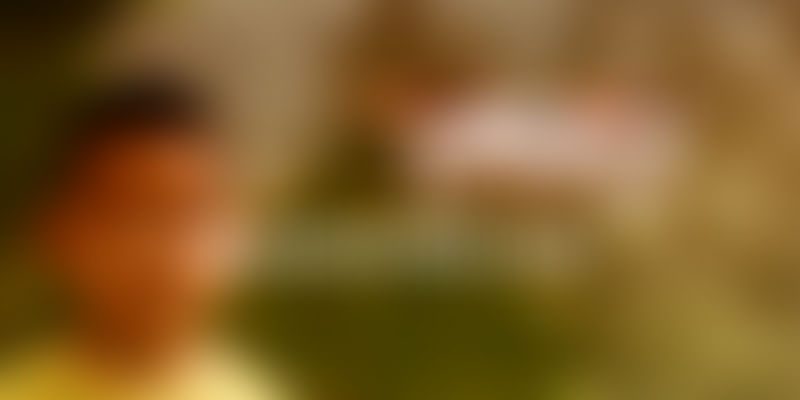 There's always something to look forward to in the digital world. From clever marketing gimmicks tosharper innovations to tools that can change life for the better (or worse!). 2016 was no different in terms of its gadgets repertoire. Big names with bigger ideas came and conquered our imagination. There have been so many new products on the market that it's nearly impossible to list them all here. But among the gadgets that did get us drooling, we have decided to pick the best based on their proposed utility and their life-transforming quotient. So fasten your seatbelts, because we are going to have some fun zipping through an awesome list of gadgets that rocked 2016!

It’s like a butler for all your grilled delicacies. Not only does it grill, it also cleans and moves about the grill station allowing you to do your thing (like finally putting that Lazyboy to use!). This awesome grilling machine comes with a rechargeable battery, three electric motors, an LCD alarm and a timer.

This solar powered grill machine is perfect for preparing a guilt-free meal for the family. Its clever design directs sunlight towards the cylinder which can generate heat up to 550 degrees in under 20 minutes. The food is cooked inside a tube-like structure that traps more than 80 per cent of the sunlight, thus quickening the preparation and amplifying the scrummy-ness of your favourite food with some solar power.

For Hover board Devotees

Hover board by Lexus

What do you get when you combine magnetic levitation with liquid nitrogen cooled superconductors and permanent magnets? You get a car company capable of producing hover boards that actually take flight. Lexus do it, shall we?

There’s no denying the cult following drones have generated. Onagofly is yet another addition to the growing list of these mini-yet-mighty flying machines. It takes off from where last year’s Zano Nano left off, literally. At 5-inch/125mm-square, it offers obstacle avoidance, live streaming and aerial selfies.

With a name like that a drone is already a hit. But PD has more to it than its interesting name. It derives its strength to stay afloat even with a slight toss thanks to its super-sturdy wingspan. Beyond a mere toss, PD can fly up to 50mph and stay up for as long as 45 minutes. What’s more, it comes with a 1080p camera at the nose and several flying modes.

For the health conscious

The Nima from 6 Sensor Labs

This little gadget checks for gluten content in food with the aid of an antibody-based test and disposable pods, that too in less than two minutes. Directed towards people suffering from Celiac disease and gluten sensitivity, this devise is all set to make life easier for some of us.

Your smartphone is many things and stupid isn’t one of them. Aligning with its versatlity, is a new gadget called iHealth Align. It’s a glucose reading meter that plugs easily into your headphone jack and displays results on the screen that are generated via an app. Convenient, compact and simple, this gadget is a must-have for diabetes patients on-the-move.

It’s a telly with a screen that rolls up. We’d say among the gadgets that rocked 2016, this one certainly deserves a dekko. The future of television that we had been promised all along is here – well, almost. . It’s technically not here yet. But is it worth a mention? Totally!

This unusually named gadget is a remote. No. Strike that. It’s a Smart Remote. That’s Better! Because, it is specifically designed to make smart-home management a piece of cake and not a tangle of buttons and controllers. Sevenhugs offers a single smart remote for monitoring and guiding all sorts of home appliances, all with the touch of a button Now, this one’s a device you’d want to give a long gratitude-filled hug – if you could!LG's 55C6V

This is the 4K revolution at its best. So far. Embracing a space area of 55in, this OLED display handles 4K footage (either streaming or from a connected 4K Blu-ray player) with élan. Not only that, it also supports HDR standards for both ultra-vibrant lighting and contrast.

Standing wide and tall at 105-inchs, Samsung UN105S9B is the world's first and largest bendable SUHD TV. Its 21:9 aspect ratio, true-to-life color schematics and high contrast are set to redefine TV viewing – if not forever, then certainly for a long, long time.

As the gaming culture has evolved, one thing has been proved beyond doubt – gamers like to get as real as possible. Immersit, true to its names immerses the players’ imagination in such a way that he/she feels every grind and grit during say, a car chase game set in New York. You can feel the bumps, the potholes and what not as Immersit, ‘vibrates, lifts and rocks your chair or couch in synchronization with games and movies that support it.'

This is beyond perfect for games that require you to move around, and engage with your own environment. While the immersion offered by HTC Vive is of truly majestic proportions, the only drawback is the number of games that are fully adapted for it, and yet, it is one our gadgets that rocked 2016 for the simple reason that it can turn your living room into any fantasy game location.

How many times have you said to yourself, ‘I won’t forget the umbrella next time I leave home?’ A gazillion times, right? Now, all that’s going to change with the oombrella. Not only does this smart umbrella remind you to take it along but it can also predict when it’s going to rain. Get set to weather a storm with this cool gadget!

This is Amaryllo's newest entrant in the home security market. This innovative home security camera gives the owner absolute control over their home, no matter where they are, thanks to its features like HD video recording, object tracking, multi-viewing, and 360 degree rotation.

This is a phenomenon of sorts. It plugs in a ceiling fan (with concealed blades), an air purifier, and an LED lamp together into one compact and aesthetically appealing dome.

This is a gardening system that monitors, tracks and records climatic conditions, soil strength, planting, watering and harvesting recommendations in order to augment plant growth.

Gadgets come and go and the reason they persist or perish is because of you, the user. So while the gadgets that rocked 2016 are many, you get to decide which one of these will make a mark in the long run.