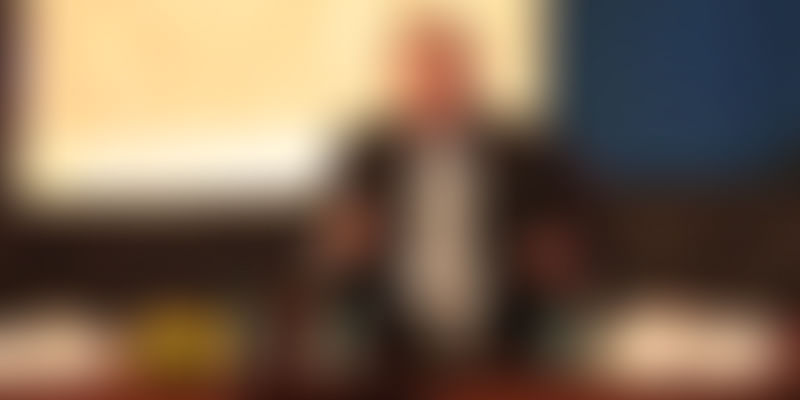 The search for the “rest of the best talent” brought GE Global CIO to Bengaluru, and today (November 30), he will be inaugurating GE’s technology centre here that will open up 1,000 jobs in the next three years.

Addressing top global and Indian CXOs, and government officials on the second day of the BengaluruITE.biz in the city, Jim Fowler, who plays a central role in driving GE’s digital industrial transformation, said, "After San Francisco, the next big technology hub was to be found in Bengaluru."

Terming the upcoming technology centre as a witness to the “marriage of startup mentality with industrial technology,” Fowler said India was very much a large part of GE’s digital strategy.

Referring to GE’s 130-year-old legacy, Fowler said, “The company was now in the midst of one of the largest transformations in its history.” As GE shifts its focus from being a financial services company to an industrial one, Fowler said running GE as a digital company was going to become more important.

“We are slowly moving towards a world, where machines will be telling us what to do instead of people commanding the machines,” Fowler said. “One merely has to open one of the favourite applications on their phone to know what I am talking about,” he added, referring to Google’s voice-assisted maps.

But the most significant change, according to him, will be how jobs are going to change in the next five/10 years.

“The future knowledge worker’s job will be more towards modelling future outcomes than reacting to what happened last month, last quarter, or last year.”

A global conglomerate, GE has invested $1 billion in the digital business and is already running a $5 billion fund portfolio. Fowler wants to take this digital business to $15 billion business by 2020, which as Gurnani said, “means you are going to be the second largest IT company in India,” and added as an aside that that should qualify him to get an Indian citizenship.

Fowler is also redefining the culture of IT at GE and believes that technology can deliver value in core areas of the business. Considering the company has age-old processes ingrained for such a long time, Fowler says it was a challenge to change that. Instead of recreating the wheel, Fowler said he focussed more on “rewarding reuse and not reinvention.”

As Chairman and CEO of GE Jeff Immelt's famous quote goes, “If you went to bed last night as an industrial company, you're going to wake up this morning as a software and analytics company.” Digital transformation is inevitable. And one of the biggest challenges for global corporations is not only that its leadership gets it, but also that they become a part of this digital transformation.

(YourStory is a social media partner for BengaluruITE.biz.)