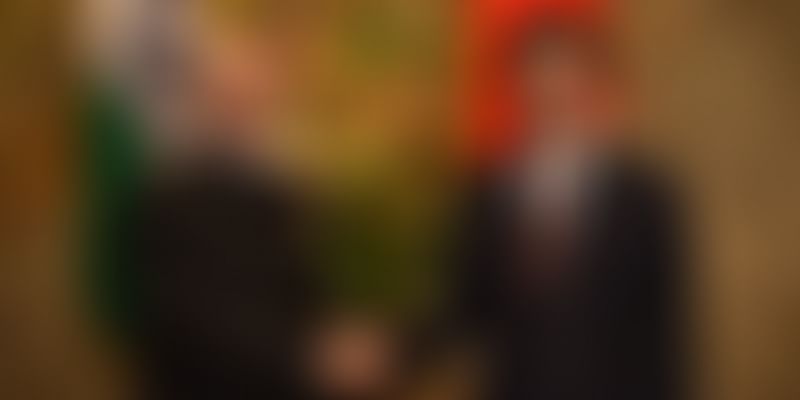 India and Japan today signed a landmark civil nuclear cooperation deal after talks between Prime Minister Narendra Modi and his counterpart Shinzo Abe, a move that will boost bilateral economic and security ties and facilitate US-based players to set up atomic plants in India.

The two countries had reached a broad agreement for cooperation in the civil nuclear energy sector during Abe's visit to India in December last year, but the deal was not signed as some issues still had to be worked out. External Affairs Ministry spokesman Vikas Swarup tweeted today,

The deal will allow Japan to export nuclear technology to India, making it the first non-NPT signatory to have such a deal with Tokyo. It will also cement bilateral economic and security ties as the two countries warm up to counter an assertive China.There was political resistance in Japan - the only country to suffer atomic bombings during World War II - to a nuclear deal with India, particularly after the disaster at the Fukushima Nuclear Power Plant in 2011.

Japan is a major player in the nuclear energy market, and an atomic deal with it will make it easier for US-based nuclear plant makers Westinghouse Electric Corporation and GE Energy Inc. to set up atomic plants in India, as both these conglomerates have Japanese investments. Other nations that have signed civil nuclear deals with India include the US, Russia, South Korea, Mongolia, France, Namibia, Argentina, Canada, Kazakhstan and Australia.

India and Japan signed 10 pacts covering a range of areas, such as boosting Japanese investment in infrastructure and railways, and for cooperation in space and agriculture.

The Ministry of External Affairs said in a statement,

This MoU would also enable the two sides to explore opportunities to set up an NIIF-JOIN joint fund.

Two memorandums of understanding were signed to boost cooperation in space technology. One of the MoUs, between Indian Space Research Organisation (ISRO) and Japan Aerospace Exploration Agency (JAXA), concerned cooperation in outer space in satellite navigation and planetary exploration. It also included joint missions and joint use of ground systems for mutual support.

The other MoU, between India's Ministry of Earth Sciences and the Japan Agency for Marine-Earth Science, aims to promote cooperation in areas of joint survey and research, and exchange of scientific visits by researchers and experts.

In the past two years, India received about $55 billion in foreign direct investments, which, Modi had said during this visit, is "not only the highest-ever FDI, but also the highest growth in FDI in India".