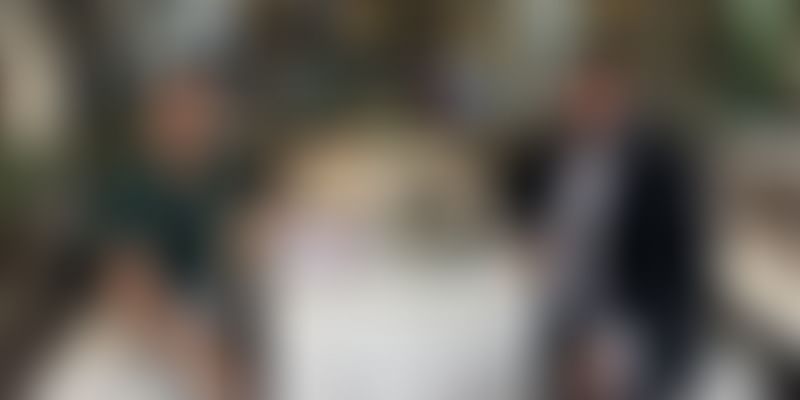 People tip a lot. They tip their hats to a revolution, tip off policemen on a heist and tip waiters in bars. Today, even creative people are getting tipped, not for their exuberant performances in market squares, but for their digital creativity. One may wonder how but Inditip, a startup based out of Bengaluru and the US, is showing the way for creative people to make money.

Abrar Ahmed Basith and Rohit Kallol Chaterjee wanted to change the way websites made money, through their platform. Sign up with IndiTip and a tip click gets added to the content on the website. People who liked the content tip a minimum of Rs 5 and settle their aggregate tips, across multiple websites, on a monthly basis.

IndiTip is a fintech company that aggregates multiple websites with tipping technology and allows users to tip money when they like the content. Once the customer tips the content, the money does not get disbursed immediately, only their intent to pay gets captured, along with net banking details that are provided to IndiTip. A reminder is sent to the user on a monthly basis, and they can choose to settle the tip if they feel the content deserves it. “It’s a great way to build digital credibility,” says Abrar. The reasoning behind the amount—Rs 5—is simple, “It’s a hook. It’s the most reasonable amount for a person who is willing to pay for content,” adds Rohit. The whole amount goes to the writer. IndiTip charges one rupee over Rs 5 and will include a 15-paise bank charge while enabling the payment.

“The company has a massive data engine that can predict which website is making the most money and what content people are reading. It is the data that becomes valuable to us in the future to work on new business models,” he explains.

Not everything began like a startup though. Before January 2015, these two individuals led different lives even though they were friends for over a decade.

A PhD in mathematics and a stock trader

Rohit, a 37-year-old PhD in Mathematics, studied and worked in the US for over five years building algorithms for bond trading. He designed pricing models for bond options and built trade platforms to send photons of money across the globe in milliseconds. But after a 13-year stint in the US Rohit returned to India in 2008 to set up The Living Room, a state-of-the-art gaming centre in Bengaluru. “No one wanted to take up professional gaming and the business did not take off,” says Rohit. Before he burned his savings Rohit was a data scientist in Microland for three years. He met Abrar at his gaming arcade and the two became thick friends, bonding over their shared love of Play Station and X Box games.

Abrar, 37, finished his engineering in Bengaluru, became a stock trader and began trading in commodities. “I made myself a fortune before I lost it all in the crash of 2008. That’s when I began frequenting Rohit’s gaming arcade to find solace and to keep my mind away from my trading losses,” he jokes. He dabbled in real estate and also worked in a private real estate business, as head of marketing, for a couple of years. “I also had the choice to be part of my family’s manufacturing business. But I declined,” he says.

But sensing they could do so much more, the duo met one day in 2015 at a club they frequented in the city, and began to jot down ideas that can make them money.

India has over 6,91,000 registered domains and the world has over 100 crore websites, and if they captured even one percent of this, the two of them believed that their business model would make them millions of dollars in revenues.

Rohit began building the algorithm in late 2015 to handle massive amount of financial data and data of users on websites that use IndiTip. In May 2016, both quit their jobs and began piloting their project. In five months they have been talking to many content creators and website providers to integrate the tipping platform. They have not generated any revenues as the product is currently acquiring businesses.

They have also launched the same business in the US and named it AttoTip. There is a reason for this. In India FERA regulations state that Indian websites can receive payments only in rupees from anonymous sources, and therefore the company created IndiTip. However, any website registered outside India can integrate with AttoTip and can get paid in any currency. The minimum amount that can be tipped by global Internet consumers is $1. But if they wish to donate to an Indian website they have to have Indian bank accounts and tip in rupees.

“The idea was born out of crowdfunding campaigns, which are typically launched by a person wanting to raise money. We just open content up to make money for individuals, institutions and trusts,” says Abrar.

While there is no direct competition in India, they compete with funding companies like Kickstarter, RocketHub and GoFund. “We are a technology company and make daily settlements. We are only enabling tipping, which makes us unique,” says Rohit.

The two founders have invested less than Rs 50 lakh to set up the business and will build the business before they look for funds.

The startup intends to spend money on getting on board content owners and large institutions. The businesses must actively remind their customers that if they liked the content then they could tip them too. Till now YouTube or Google send cheques to creators of content who have garnered more than a million page views. But with IndiTip and AttoTip the user can tip his favourite blogger, for example, or his favourite cooking show.

Abrar and Rohit believe their crazy idea will help them reach a tipping point by 2020.