ISRO to launch 83 satellites in one go 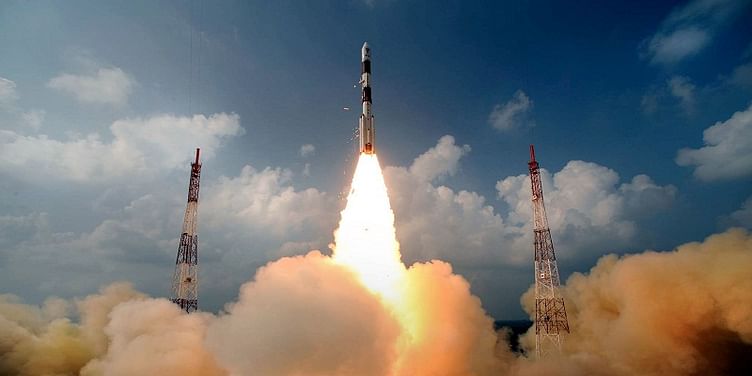 The Indian Space Research Organisation (ISRO) will launch 83 satellites, 80 of them being foreign, in one go in January next year, the Lok Sabha was told today.

80 satellites weighing 500 kg belonged to five foreign countries — Israel, Kazakhstan, Netherlands, Switzerland, and the US. Jitendra Singh, Minister of State in the PMO, said in a written reply,

These international customer satellites are being launched as part of the commercial arrangement between them and Antrix Corporation Ltd, the commercial arm and PSU under the ISRO. It will be the first-of-its-kind mission in ISRO's space history.

The Department of Space comes under the PMO. Three Indian satellites are namely Cartosat-2 series weighing 730 kg as primary payload, INS-IA and INS-1B, total weighing 30 kg. According to an IANS report, it plans to launch a record 83 satellites on a single rocket in 2017. Only two out of these 83 satellites will be Indian — the other 81 will be from other countries around the world. Revenue from launching foreign satellites has been a significant part of ISRO's earnings in the last couple of years.

During the first quarter of 2017, we plan to launch a single rocket carrying 83 satellites. Most foreign satellites are nano satellites.

One of the other bigger achievements, when it comes to operational excellence, was achieved when ISRO launched 20 satellites with the PSLC-C34 launch. The launch included payloads from Canada, Germany, Indonesia, and the US. ISRO is conducting high-altitude tests with its own cryogenic engine that is expected to power the heavier rocket Geosynchronous Satellite Launch Vehicle-Mk III (GSLV Mk III). The GSLV Mk III has the capacity to carry around four tonnes of load. The rocket is scheduled to be flown in January 2017. The GSLV Mk III rocket is expected to save precious foreign exchange for India as it pays to launch heavier satellites through foreign space agencies.