Kiran Majumdar Shaw at the ThinkBig 2016 Summit — 90pc of Indian women rely on their own funding, this has to change 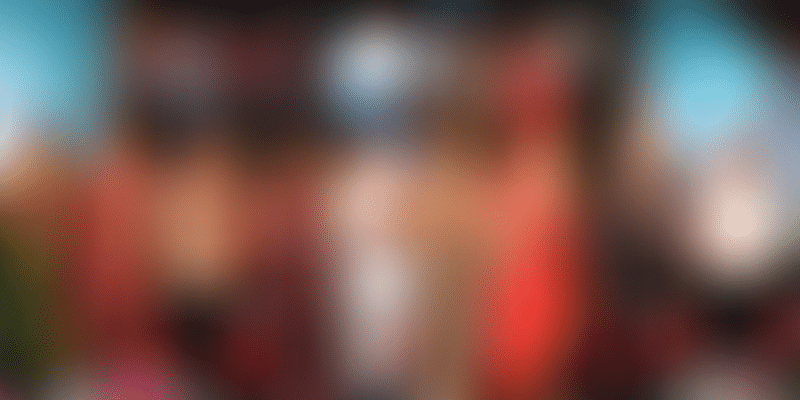 As the two-day ThinkBig 2016 Summit, an event organised by WeConnect International and the Government of Karnataka that brought together businesses, banks, industry leaders and women entrepreneurs, came to an end, some key announcements were made.

Shri G. Parameshwara, Home Minister, Government of Karnataka, said, “One lakh women entrepreneurs are adding value to the state economy. This summit has given an opportunity to aspiring women and, hence, lends itself to the upliftment of women.”

ThinkBig 2016 saw the launch of Goldman Sachs India’s Women Startup Programme at IIMB. The programme is targeted at women who have no previous entrepreneurial background but are keen on setting up ventures of their own. It provides women with early training, hand-holding through mentoring and incubation and support to think, create and initiate new ventures.

A valedictory ceremony was also held and awards given to women entrepreneurs for achievements in different sectors.

Dr. Kiran Majumdar Shaw, Managing Director, Biocon Ltd, congratulated Ratna Prabha and the Government of Karnataka for investing in women and bringing such an amazing event to the city of Bengaluru, and thanked the State Government for their constant support towards the women of the state. She had one key message for women entrepreneurs present at the event,

Think big and build scale. Don’t get trapped into thinking of being a boutique or small-sized industry - realise your full potential and break the mindset. 90 percent of women in India rely on their own funding - this has to change. Banks and VCs need to understand that women are worth investing in.

The Summit showed that finance posed a big challenge as most women made enquiries around finances. The SIDBI and KSFC stalls handled queries from 300 women entrepreneurs on different State Government schemes like Mudra, Start-Up, Stand-Up India and other initiatives to promote women entrepreneurs in Karnataka. Questions and queries also revolved around the question of capacity development and technical assistance.

Smt. Ratna Prabha, IAS, Additional Chief Secretary, Government of Karnataka, assured the delegates that the Government will continue to scale their efforts to achieve the expectations of women entrepreneurs.

In her concluding remarks, she said, “This event has set an example to the rest of the world. We realise the need for nurturing women entrepreneurs and helping them solve their problems, including those in the areas of power, marketing and subsidies. This event has initiated a great platform for many such women to come together.”