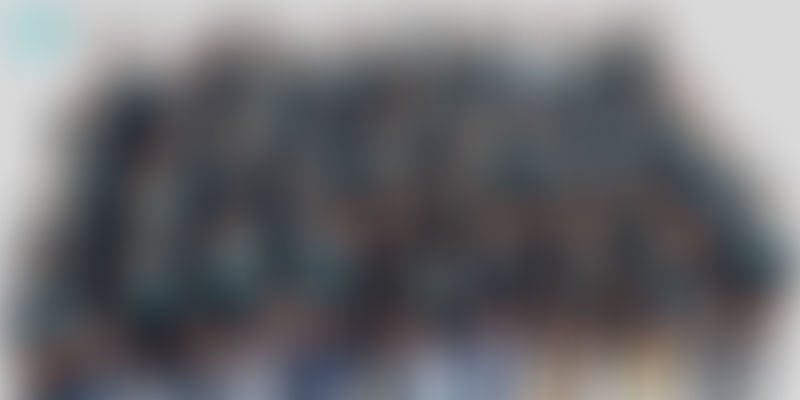 At a time when dark clouds are hovering over the startup ecosystem, with a dearth of high value funding and increasing shutdowns, is cloud telephony also suffering?

Ankit Jain insists that it’s not. “Cloud telephony is continuously growing and is in no way affected by the downturn in the startup ecosystem. With the growth in the sector, we are growing simultaneously,” quips Ankit (30), CEO and Co-founder of MyOperator.

Ankit is a graduate in computer science from BIT-Mesra University and has been following entrepreneurship for the past six years, ever since he launched his first platform, Voice Jadoo, in the year 2010. His brother Prateek is a chartered accountant.

Ankit explains that the penetration of technology in SME business hasn’t gone beyond email. Now, lakhs of businesses require cloud telephony technology to organise themselves and get the maximum out of the market. He aims to offer the same to SME businesses.

“Our growth figures throw light on the rising need for cloud technology across sectors and the thriving market opportunity for businesses like us,” says Ankit.

Within six months of its launch, the startup had over 600 registered users, including 200 paying clients, the Aam Aadmi Party, Aamrapali O2, Lenskart, Snapdeal, Shop.IRCTC, Berger Emulsions, Allschoolstuff and Network Bulls among them. And during this time, the business broke even.

Today, the platform claims to have over 25,000 registered users, with more than 2,000 paying clients. The new clients include the likes of Canon, Fabindia, Cashkaro and DHL.

The team at the company has grown alongside the business. The platform, which started out with a five-member team, has grown to 125 people.

“This growth largely happened in the last six months. Of 125 people, 40 percent were hired in that time,” says Ankit.

On revenue growth, he says that MyOperator clocked a revenue of $2 million in the last financial year. He aims to double that in the financial year 2016-2017.

“At a time when heavily funded startups like Flipkart, Zomato and Housing have laid off hundreds of employees and the whole ecosystem is going downhill, MyOperator, which has been successfully bootstrapped for the last three years, acknowledged the contribution of its employees in business growth by rewarding them with ESOPs,” says Ankit.

Ankit and Prateek bootstrapped the platform with an initial investment of Rs 12 lakh, which was primarily spent on building the technology and team.

“Building a capable and effective team was the biggest challenge we faced. More than experience, we tried to focus on the attitude of the team. Another issue we came across was the lack of awareness in the market about such technology,” says Ankit.

He adds that in the past three years, the platform has tried very hard to raise the required awareness among businesses and sell the technology solution to them.

When the Jain brothers launched the platform, there were other players in the cloud telephony market as well. They thought to differentiate themselves from their competitors..

“Unlike its competitors, MyOperator enables businesses to set up a call management system within a minute, without going into any configuration. And this is how it also differentiates itself from other startups in the segment,” says Ankit.

The platform follows a SaaS-based revenue model, where customers have to pay on yearly basis for using the service.

Though there are no track reports by research firms like Gartner or Frost & Sullivan available to assess the size of the sector in India, with about two million SMEs in the country, industry players estimate the domestic market size to be around $6 billion.

In 2014, Exotel acquired Croak.it, a voice-based social media app. The company sees the move as a step closer to becoming a one-stop voice solution. In 2012, Exotel raised Rs 2.5 crore in Series A funding from Blume Ventures and Mumbai Angels in return for a 25 percent stake.

In January 2014, Knowlarity acquired Unicom Techlabs, a startup in the same sector. Unicom had more than 200 customers, whom it handed over to Knowlarity along with all the intellectual property it had developed.

In August 2014, Ozonetel acquired Yantra Software’s speech recognition vertical in a pay-out model. In February 2013, the company signed a strategic partnership with Resolvity Information Technologies in order to acquire the customers of Resolvity’s VoiceGain product.