Marie Curie – How one woman changed the course of science 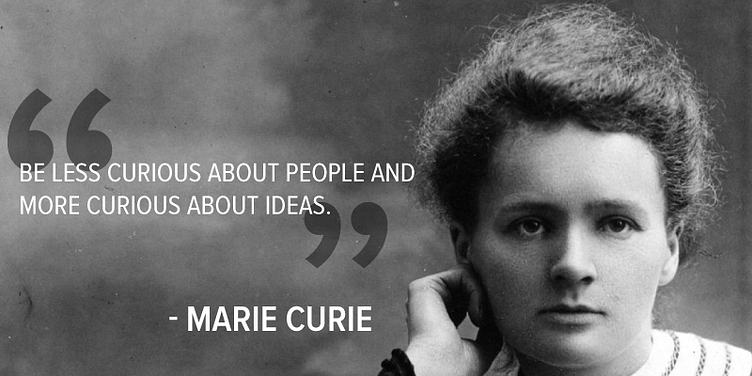 The scientific community has witnessed many a prominent scientist –eccentric and crazy even.But for the longest time, it was blind (very willingly) to the women who contributed no less. Marie Curie was one such woman who,albeit the Nobel Prizes that came her way,continued to face such treatment. On her 149th birthday, let’s look some of her pioneering contributions without which science would not be what it is today.

Marie Skłodowska Curie was born in 1867 in Warsaw, Poland. Warsaw was then a part of Russia, so Curie was born right in the middle of Polish uprisings for independence. As a result, living under difficult circumstances became a way of life. Despite financial struggles, Curie’s early education was copious in nature. Her father, who was a teacher of mathematics and physics, brought home his entire lab when Russian authorities discontinued practical education in schools. Thus began Curie’s romance with science, for she and her siblings were given more liberty with their father’s equipment than Polish citizens were given with their county.

Poland, at the time, didn’t permit higher education for women, so Curie’s simple wish to continue hers was inadvertently an ambitious one. Finally, upon association with Flying University,an institution that was covertly admitting women students, Curie found a way to continue her education. Realising that Poland would soon be a dead end for further scientific training, Curie began planning her relocation to Paris. During this time, while her father assisted in arranging the finances, she continued educating herself through books and associations with learned people. It was only at the age of 24, in 1891, that Curie moved to Paris – a decision that has now changed the face of science. How, you ask? In these radical ways:

She changed our understanding of atoms

It is a common misconception that Curie discovered radioactivity and even X-rays.What she really did, and of no less implication, was recognise the significance of these discoveries and dig deep in places that no one else in the scientific community thought important.

In 1895, a physicist named Wilhelm Roentgen discovered X-rays, and a year later, another prominent physicist,Henri Becquerel, discovered the existence of radioactivity. Becquerel found that Uranium emitted rays that were similar to X-rays but much weaker. He showed that these rays were not the result of a chemical reaction with the environment but that Uranium was producing them spontaneously. He also demonstrated that the emitted rays were electrically charging the air around the sample.

Curie thought these interesting enough for her thesis work.Using Becquerel’s work as a template,she began examining Uranium samples.She used the storeroom of the Municipal School where Pierre Curie (they were now married) was a professor, as her lab. Together, they devised a way to measure more precisely the electrical changes that were being produced by Uranium. With these measurements, Curie found that the rays being emitted depended entirely on the amount of Uranium – the total atoms in the sample. She realised that the ‘Becquerel rays’ were coming directly from the atoms.

This discovery was revelatory because until then atoms were thought to be indivisible. But Curie’s theory of radioactive decay proved the existence of subatomic particles. It showed that unstable atoms could undergo changes (by emitting energy and electrons)and could give rise to completely different atoms as a result.This radical theory was further stabilised in 1898 when, in the search for other radioactive elements, the Curies discovered two new elements– Polonium and Radium, both highly radioactive.

Carbon dating – a method by which the age of the Earth, and all its elements and fossils, is measured – relies on these radioactive theories hypothesised by Curie.

To prove that these elements were indeed new, Curie had to isolate them and measure their atomic weights (the number that gives each element its identity). It took her more than ten years to successfully isolate Radium, which she finally did in 1910. By then, she had already discovered that tumour cells, when exposed to radium, were destroyed faster than healthy cells.

During World War I, she invented a way to sterilise infected tissue using radium by means of hollow needles containing radioactive gas. She also set up radiology centers to assist military doctors at field hospitals, and developed mobile radiological units, then popularly known as ‘petites Curies’. These she installed after gaining an understanding of anatomy and even automotive mechanics, and after procuring X-ray machines and the necessary vehicles. Her radiological centers treated over a million soldiers during the war.

Although scientists now use different and safer methods for radiation therapy, what began with the discovery of X-rays picked up momentum only due to these efforts of Curie – however hazardous they may have been in retrospect.

She created a place for women in science

Curie never actively fought for these titles. Instead, she merely carried on with her scientific research – as seamlessly as the act of breathing – that spoke for itself. She did, however, use these titles and the respect they demanded to clear the path of her research.

Marie Curie is the paradigm of what one can achieve when there’s genuine love for one’s work. Here’s to the woman who walked undeterred, who was so consumed by her love for science that her bridal outfit, for all those years of scientific discovery, took on the role of her laboratory clothing.