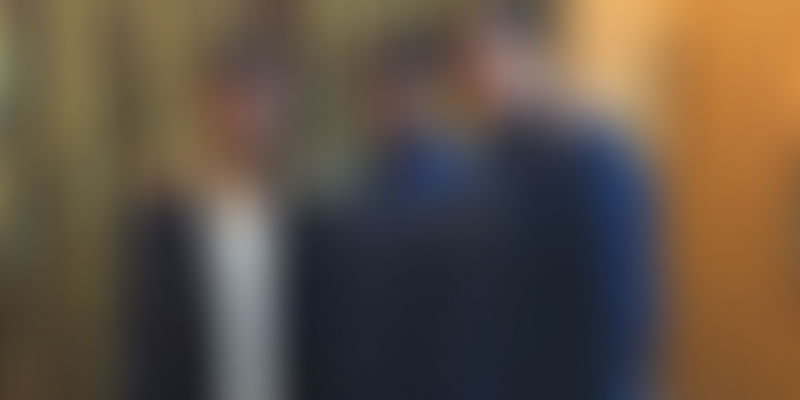 It was on the eve of the sixth semester exams at IIT Guwahati – a time when even the paint peeling off your gray walls calls for deeper contemplation than your notes - that a particularly fluttery mind that was always at work concocting business ideas had its eureka moment. The ordeal faced by 23-year-old Rishav Kedia’s grandfather, a kidney patient in Sonbarsa, Bihar, in procuring expensive medicines on a daily basis got the engineering student thinking. Rishav was convinced that this was a key issue faced by several patients across the country, and felt confident that the leveraging of technology could fill this gap.

The idea of starting an e-pharmaceutical company that catered to all medical needs, ranging from sophisticated surgical items to acne creams, within hours at the customer’s doorstep seemed fool-proof. It also seemed necessary. But doing the sensible thing and bringing that meandering brain back to his books, Rishav went through with his Civil Engineering exams at IIT Guwahati, and returned home for his vacations resolute on brainstorming.

Once home, he sat his family of seasoned businessmen down. The pitch? A portal that solved two major problems at one go - making common and rare meds available at one’s doorstep, and simultaneously offering them at a flat 15 percent discount, which can amount to substantial savings for the common man on a vital medication.

The panel constituted his brother, 27-year-old Rohan Kedia, a college dropout from Calcutta University, and his uncles, 44-year-old Suman Kedia, a businessman and a post graduate in Economics from JNU, and 40-year-old Ravi Kotriwala, a chartered accountant. While they did have their initial reservations, given that none of them had any previous experience in the field of medicine, the plan, which seemed airtight, eventually convinced them.

Even with his inner circle on board, and a seemingly infallible concept, Rishav knew better than to oversimplify the idea of starting up, having had firsthand experience with a couple of ventures already - like an online resource of all their semesters' notes called GNotes, and GrabBRS - a peer-to-peer selling platform where the outgoing students could sell their utilities and inventory -like bedding, tables, lights, books, etc to the incoming batches.

The following weeks were a blur, but the group emerged on the other side with everything from a name for the startup to strategies to net partners and customers. They also took the vital call of serving the geography they knew best – their home ground, Patna.

In July 2015, they decided to take their first step, and got registered under the name of Smartmed Healthcare Private Limited with four official founders, with Rishav in the capacity of CEO, Rohan as COO, Suman as CMO and Ravi as CFO.

MFS in a nutshell

MedicineForSure.com was, thus, in business, with a simple model, collecting orders through their website, an Android app, WhatsApp, a toll-free helpline, SMS, and, more recently, a pick-up-and-drop service. “Our services are a boon to the elderly residing alone and people with busy schedules, who can’t get medicines of their own,” explains Rishav.

“A tax-paid invoice is provided to the customer to mark our commitment of 100 percent genuine medicines,” he further adds.

They started out with a door-to-door awareness campaign, with their reps visiting households to present MFS’ various services. Within just a couple of months, they moved into their own office, with basic inventory and 18 employees.

The morning of November 18th 2015, the first breakthrough came calling, literally. A phone call left the office agog, for it was their very first order – which, as it turns out, deescalated quickly as they realised that they didn’t have half the meds on the list. Packing the ones they already had, their salesperson was, for hours, left searching the length and breadth of their locality for some of the items. Ultimately, however, he returned triumphant, and in less than half an hour, the order had been executed, and the cash register finally got its fodder.

How they became a one-stop-shop

From three orders a day in their first week, the number only proceeded to climb, with a scale of over 200 orders per day, with an average bill amount of around Rs 700 per order being achieved in less than two months. Keeping in mind their goal of achieving an average of 1,000 orders a day, MedicineForSure employed the strategy of conducting a membership drive to increase the customer base and to better connect with customers. These membership cards were a tool to keep track of the monthly medicine requirements of the customers, especially the elderly, and were an instant success.

However, since most of the other e-pharmaceuticals had already employed this strategy, MedicineForSure was gunning for a unique value proposition and, hence, kept their thinking hats on. A few tweaks later, they framed the perfect offering, launching the pickup (Prescription) and drop (Medicines) service, aimed at the elderly again, with monthly subscription models available.

The experiment worked like a charm, with their membership base increasing by leaps and bounds. Till date, they have executed nearly 30,000 orders, clocking monthly revenues of Rs 40 lakh, and have already broken even. So far, it seems that the bootstrapped team is heading in the right direction.

All for one, one for all

That is not to say, however, that challenges did not rock the boat. The most daunting one they encountered was when their customer database was leaked.

"We have a database of over 10,000 active customers and their needs - like what medicines they need at what point of time in the month. When we were compiling that data, some bad elements thought of stealing it to cater to those customers directly. But luckily, after the breach, our customers stayed just as frequent and loyal. We now share this data only with a select few completely trusted employees," he explains. The employees were also made to sign an affidavit, stating that they were liable to receive legal action if they are found involved in any malpractices.

As far as dealing with competition from big players like 1mg, Netmeds and Practo goes, they distinguish themselves through their schemes, membership plans, and promptness in service. In Patna, they deliver within 24 hours, with orders from other locations being completed within 72 hours. “Big companies in our domain do not go beyond the tier II cities, but we are serving tier III cities as well, for which our modes of ordering suit internet and smartphone users as well as those who are not comfortable with such platforms,” he explains. They are looking at an $18 billion market opportunity, which is set to grow to $55 billion by 2020.

As of last month, they have expanded to five cities in Bihar, and in the next three months, Medicine For Sure is targeting a total of fifteen cities, including tier 2 and 3 cities untouched by competition.