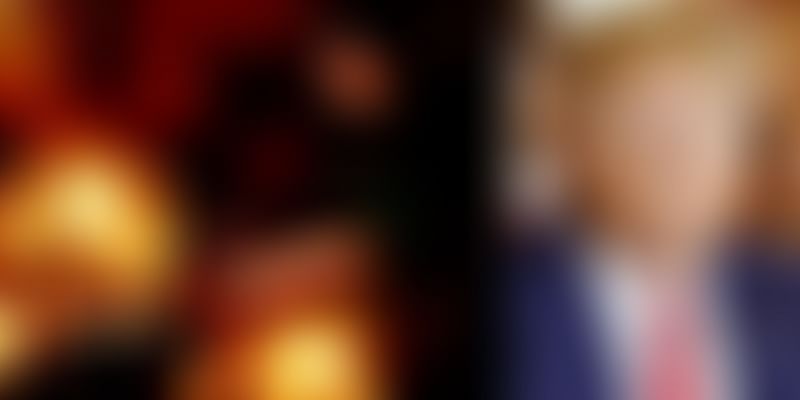 Five years ago in Mumbai, Donald Trump, President-elect of the United States, had met a fiercer rival than Hillary Clinton. He wanted to take her house and turn it into a 65-storey 'Trump Tower'. But she wouldn't give up.

Smita Panvalkar was a homemaker who lived with her husband, son, and brother on the first floor of Pathare Prabhu Building, an 87-year-old building in the posh area of Chowpatty. They, along with 25 other tenants who lived in the building, paid a paltry rent and lived a quiet and happy life.

Things, however, changed in 2011, when Trump partnered with a local developer to build India's first 'Trump Tower', a 65-storey building with 50 ultra-luxury apartments in the city's prime location. The local developer had also acquired two adjacent buildings and was eager for the project to begin.

The tenants were asked to leave. While all other families moved out, Smita refused. Prasad Panvalkar, Smita's husband, told BBC, "The developers offered compensation money and asked us to leave. Smita told them we won't leave the building unless they gave us an apartment in the new building. Much later we learnt that the building was named after Donald Trump, the famous American tycoon."

All other tenants had left by January 2011 as the Panvalkars were the last family that stood between Trump and his dream to build his first prime real estate in India's financial capital. But the Panvalkars had to struggle a lot. With no one to maintain the old building, the pipes leaked and problems like a small fire that shut down their electricity for 45 days besieged them.

Smita wouldn't give up, as she told Mumbai Mirror, "We want to stay here. Other 25 tenants of the building chose to leave, but that was their choice. The developer offered us money to move out, but we declined the offer and told him he should give us an apartment in the new building."

The Panvalkars refused to give up for the next six years. Trump moved on in 2013 and invested in a different project in Mumbai. The family, however, had no time to celebrate their victory. Last November, Smita had a massive heart attack and passed away. "She had suffered from a lot of stress. She had diabetes and high blood pressure," Prasad said.

The Panvalkars finally moved out of the apartment last April after reaching an agreement with the local developer. A 22-storey apartment is now being built on the plot by the local developers, this time with a different partner. According to Prasad, the builders have promised them a 12th-storey flat in the building once it is ready.