What startups can learn from MTR 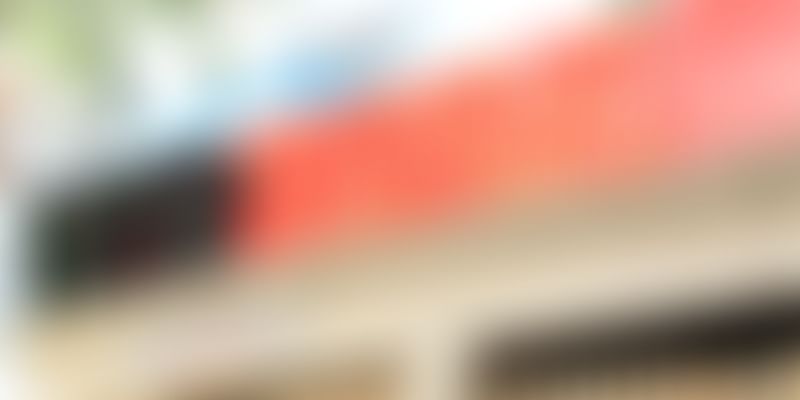 A 100-year-old legacy is not something a lot of restaurants and food chains in India can boast of but Mavalli Tiffin Rooms, popularly abbreviated to MTR, is an exception.

Having started as a small restaurant in Bengaluru in the pre-Independence era, MTR is a brand known to the whole country now. As a processed foods company, they serve customers across the nation, while their restaurants remain milestones of Bengaluru’s history.

Although we live in the age of startups, the country’s entrepreneurs can learn a lot from companies like MTR, which have stood the test of time. What keeps their customers going back to them? What are the foundations on which they have built faith and loyalty?

In a recent interaction with MTR’s CEO Sanjay Sharma, YourStory jotted down a few points for the new-generation entrepreneurs to keep in mind.

The MTR restaurants shut down in 1976 during the Emergency period as they were generating losses due to the price cut rule. In an effort to save their poor labourers, MTR started selling their raw materials in MTR-branded packages at grocery shops in Bengaluru. Post Emergency, restaurants were reopened, and MTR expanded the portfolio of packaged foods and started distribution across a wider geography. Thus, the processed food business became much bigger than the restaurant business.

In the endeavour to grow, MTR required private equity funding in 2000 and 2003. The business grew, and the investors could exit. In 2007, Norwegian conglomerate Orkla bought MTR for $100 million in one of the most talked-about acquisitions of the time. Structural changes followed. “Once you hit a certain size, a single person or a few people can’t run the company. When you start to scale, you need to invest in people and decentralise decision- making. My task when I took charge in 2009 was thus to transform the company,” says Sanjay.

MTR’s industry peers like Everest, Aachi's, Shakti, and Eastern were all largely running single categories. But MTR became a multi-category company, naturally more difficult to handle. MTR today serves everything from breakfast to dessert to the satisfaction of millions of customers but also ensures that each item aligns with what the company wants to deliver. They halted categories like ice creams and papads which are not central to the meal and are now investing in desserts and snacks.

A brand’s relationship with consumers has to be continuously reinvigorated — the manner of communication that worked with previous generations may not be popular with the current one. Accordingly, MTR invested in advertising on a large scale, and the packaging was entirely redesigned. Post acquisition, in 2008, about 3–4 percent of their expenses went into advertising. When Sanjay took charge in 2009, his task was to transform the way the company functioned, and in 2011, 14–16 percent of the company’s expenses into advertising.

When MTR began service in 1924, its aim was to give people a taste of Karnataka’s cuisine. The very purpose of the business has always been to bring authentic Indian food to the consumers and continue the relevance of the cuisine. But for that purpose, MTR had to change with the times. They needed additional capacity, so Rs 250 crore was invested in manufacturing units. Food safety standards were also thus improved — something most Indian companies overlook.

A lot of India’s food businesses have been built around Western and Chinese cuisines. In fact, only pasta and noodles are talked about in the packaged food space. In the breakfast space, it is oats, Kellogg’s etc. But MTR provides Indian breakfast options with idli, rava idli, upma, and poha, among others. While North Indian snacks are celebrated by Haldirams, few brands deliver on the South Indian snacking culture. MTR thrives on that — with categories ranging from banana chips to cornflakes mixture.

When an entrepreneur runs a company, he/she tends to take all the decisions. But MTR needed to be a decentralised organisation for its evolution. Besides empowering multiple people to take decisions, they have also invested in training their staff to enable them for higher jobs. Sanjay says: “Mindset, behaviour, and attitude are all you need to succeed. Today, we have a retention rate of 70 percent. Each person gets 10 days of training every year for over five years. They continue to improve.”

Today’s customer is short of nothing but time. In metropolitan cities, working professionals often have breakfast on the way to office — in the local train, or in their cars at traffic signals. MTR found an opportunity here. Sanjay explains: “If it doesn’t evolve to their needs, this generation of consumers will be happy to live without Indian food. So we figured how to restructure and reengineer our products to deliver tasty Indian food.” Consequently, they have developed poha that can be made by pouring hot water. A meal for two can be made in 20 minutes, and breakfast in three minutes, in addition to desserts even in one-portion packs.

According to Sanjay, credibility can be built only with deep research. MTR’s chefs go to consumer households to cook with their customers and learn. “We have a 100-years legacy; we are known as people who know foods. But we don’t rest on our laurels — we have a dedicated team of five to six chefs working on recipes. For a Tamil Nadu sambar, we spent four years to find out the denominator that matches across millions of households. We visited 3,500 consumers before we came up with the recipe,” he says.

Rome was not built in a day, and no enterprise was established overnight. Due to large funding and tech-based innovations, new-generation entrepreneurs have had it easier. Yet, in the case of food startups at least, lessons from MTR are valuable. Most food startups get a handful of chefs, put tech behind it, and start delivering fast. But the credibility question remains unanswered. Where are their recipes from? The answer to that question might bring more food startups into existence. So far, whoever is successful in the field is delivering mostly foreign cuisines with a smattering of Indian dishes [think FreshMenu, InnerChef, Holachef]. The wide range of Indian cuisine is open to takers but who will take the plunge?