From helping people find the right recipes, to aiding firms hire the right people, two startups share how they found their mojo 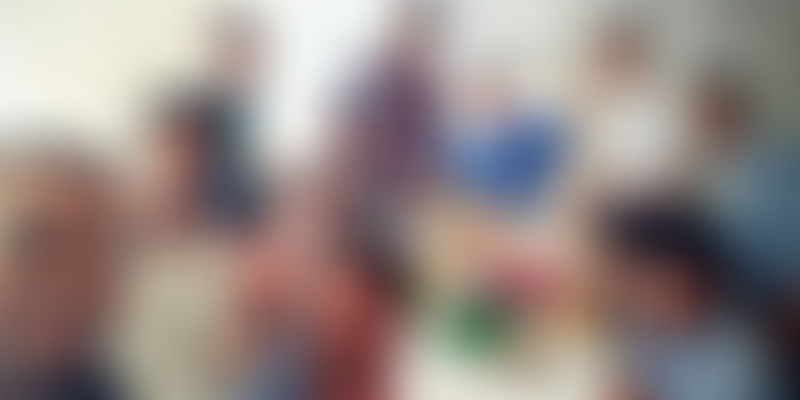 This Kochi-based startup has a keen interest in Artificial Intelligence and has worked on several projects that capitalise the strengths of AI, even developing a personal assistant app named VIKI for Blackberry. Agrima Infotech, which was incubated at the Kerala Startup Mission and NASSCOM Warehouse Kochi, also explored offering an AI platform as a service, and technologies for developers as APIs. However, it is better known by the name of a popular app it developed – Recipe Book.

An intelligent cooking app on the Android Play Store, Recipe Book has over half a million recipes. Anoop Balakrishnan, co-founder, says,

“With Recipe Book, we are aiming to solve recipe discovery problems through AI. The most prominent feature that distinguishes it from competition is its ‘Snap n Cook’ feature, where the user clicks an image of an ingredient, and our app recognises it and suggests recipes.”

Recipe Book is one of the first apps from India to be featured in the Google Editors Choice. Anoop says it was a proud moment when they hosted the Google team from Mountain View that had visited Kochi for a video shoot with them. The video was later showcased at Google IO 2016. While all the three co-founders, Anoop, Nikhil Dharman, and Arun Ravi were invited to attend the Google IO, finally Nikhil represented the team since the other two had to manage the fort back home.

The young team has many such achievements in its kitty. Their startup was among the three AI companies from India to showcase their technology at the 2016 NVIDIA GPU Conference in San Jose, the winners of IBM Smartcamp 2015 and UKTI Rocketship program 2015. It has also successfully raised a seed fund from an angel investor in Kochi.

With the momentum they are seeing, the co-founders were looking for an accelerator programme that would help them grow fast. Nikhil Dharman says, “We, the co-founders, have a strong tech background. We realised that in order to grow bigger we needed to learn how to do business. And Reliance is a conglomerate that has shown everyone how to do profitable business. With GenNext Hub being a Reliance initiative, we knew we wanted to be a part of it.”

The co-founders believe this is a big turning point in their journey as being a part of the GenNext Hub Scalerator programme has helped them refine their business model. Arun says,

“We moved from being just a recipe aggregator platform to an intelligent recipe discovery and recommendation platform. Our revenue models became more crisp and clear. While we had a million plus downloads, the revenue strategy was focused on basic in-app advertising. But sessions at GenNext Hub led us to think and explore alternative revenue models.”

He adds, “During one of the sessions, a mentor told us – If your idea doesn’t generate money, it’s not an idea, it’s a hobby. That got us thinking more seriously than ever before.”

“Prior to the GenNext Hub experience, we had trained our image recognition engine to recognise only basic food ingredients. But now with Reliance Fresh opening up their stores for image training, we are adding 2,000+ ingredients. This will make us one of the most powerful food recognition engines in the world. The credit goes to the Reliance Fresh team who gave us much-needed encouragement and support to achieve this amazing feat,” says Arun.

The reason why RecipeBook has generated so much interest is because, “It is the first product in this space to use deep learning computer vision,” explains Nikhil. He adds, “Usually this kind of technology is used for high-end projects like self-driving cars. We have expanded its scope to solve a simple use case of recipe discovery.” While the team’s immediate plan is to add another 3 million users, the larger aim is to “become the most intelligent recipe discovery and networking platform”.

As a working professional, you must have seen the challenges that arise when it comes to hiring the right team member, and also how employee referrals work like magic in such situations. Mitesh Jain, Co-founder, Happy2Refer, says, “Referrals are the best way to hire. Compared to other sources, referral hiring brings down cost and time by half while increasing the quality of the talent pool by nearly 62 percent. Despite this, referral hiring is less than 10 percent in most organizations. This clearly indicates a gap.”

That’s exactly what Happy2Refer, co-founded by Nimit Bavishi, Harshit Bavishi, and Mitesh Jain, is aiming to address. The startup, which began operations in September 2015, enables organisations to tap into their employees’ extended network and build a talent bank through a unique multi-degree referral mechanism. Happy2Refer enables referrals through multiple channels, including an app and through IVR. As their website states, Happy2Refer is on a mission of ‘changing the way hiring works.’

Mitesh says, “Happy2Refer makes the process is as easy as sending a WhatsApp message. With its mobile app, Happy2Refer takes referrals to places of common conversations like WhatsApp, Facebook, Twitter, Gmail and more. Additionally, the entire referral chain is tracked and everybody in the chain is incentivised.” With Happy2Refer’s unique tracking mechanism, companies can also track the end-to-end referral funnel, get analytical insights and automate referral payouts.

The co-founders believe that they have built a disruptive model. Nimit Bavishi, co-founder, says, “We take pride in the fact that we understand the referrer well and can ascertain their emotions. With a first-of-its-kind IVR referral solution we also cater to sectors which were previously left behind because of complex referral tools. Our clients have seen an amazing increase in referrer engagement, which is what every company wants.” Organisations cutting across segments, sectors, and sizes form Happy2Refer’s clientele – from Colgate to HDFC Life to VServ.

Interestingly, it is through referrals that the team has been able to hire some of their core team members like Ankit Singh who now leads the app team.

Happy2Refer, which has secured funding from the Vinners group and Equity Crest, had pitched to Reliance and were in talks for a pilot. Nimit says,

“We were looking to bring Reliance on board as a client. Having met and spent time with various stakeholders, we were very impressed by the vision and learnings they shared with us, even though they were just a potential client. That was a clear indication of how the GenNext Hub, with its mentors and expertise, could provide us the right platform to scale.”

The co-founders say that GenNext Hub has been a fantastic experience from the point of view of understanding how to scale while still keeping the fundamentals intact. “For instance, during stakeholder developer sessions, we realised that our value proposition for various stakeholders needed to be re-examined. While we had covered most of the important things, we weren’t matching the right value proposition to the right stakeholders. Correcting that helped us see an immediate improvement in stakeholder engagement,” explains Harshit Bavishi.

‘With GenNext Hub & Microsoft Accelerator’s help, we have accelerated our international expansion and are now deployed in eight countries. This is just the beginning – we will very soon have a presence in Singapore, US and the Middle East,” says Nimit.

The co-founders explain that they are beginning to scale and are already seeing some good traction. They plan to expand to international markets in the next three months.

One thing that the team continuously did is talk to people. “We spoke to HR professionals, we spoke to CEOs, and we spoke to referrers. For the first 3,000 users, we spoke to each and every one personally to understand the user of the product and get first-hand feedback. That’s what helped us built what we have built and we strongly believe that is what will take us forward as well,” says Nimit.