BlackBerry has its own twist on Android 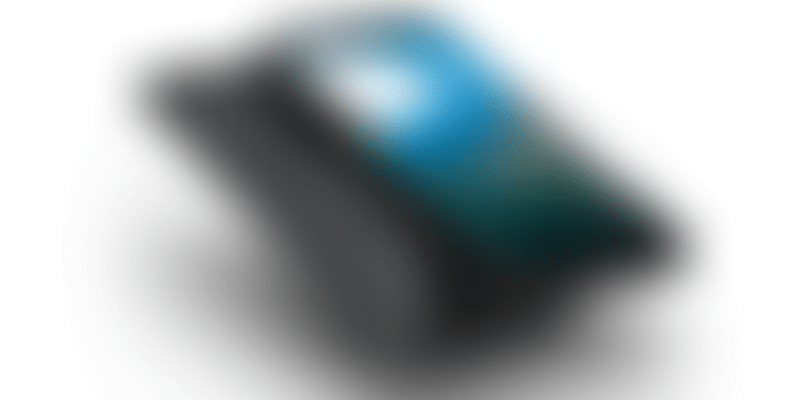 You've got to hand it to a company that refuses to lie down and die. Despite all the slow agonising problems BlackBerry has been going through for the past five years and more, at no point did it just give up and go home. Instead, even after announcing its re-positioning as a software and security company, BlackBerry still comes out with smartphones, although not made by the company directly.

There's even some news of an upcoming BlackBerry device with the much-loved QWERTY keyboard in a few months. But now, we're looking at one of the two new devices launched in India recently ‑ the DTEK60. DTEK50 was also launched at the same time, and that is essentially the same device with lower specifications.

Android and BlackBerry are the new bedfellows on this device. All the signature looks of the old BlackBerry are absent, except for the logo on the back. That is unmistakably BlackBerry and reassuring to see. No matter what troubles the company has had, you still expect a certain stability and quality from the company. I remember that for years we in the tech community kept bemoaning the fact that BlackBerry wasn't contemporising its products enough and leaving its products stuck in the past while new competition raced ahead. Today, the DTEK60 is a totally contemporary looking phone ‑ and one feels nostalgic for the old look. Never satisfied.

The DTEK60 is very glassy. That means it's slippery and you have to watch your grip. It's a 5.5-inch device but at the same time narrow enough to make sure you have a solid hold on it always. But there's no doubt that all these glass-filled smartphones are vulnerable, in the interest of looking pretty. They also take on fingerprints very readily and stop looking pretty soon enough.

There are a couple of other design issues with the DTEK60. Firstly, it's got a camera that sticks out prominently though the lens is a bit recessed. You can't lay the phone totally flat as you may worry about damaging the lens, although apparently it is safe enough. Secondly, the power button is on the left and top on this device, which is not a placement one is very accustomed to. I found it difficult to remember but then, I deal with so many phones that it's not the same as owning that one device and using it day to day. I found myself resorting to the other method of waking the phone ‑ a double tap on the screen, which is also convenient enough. There's also a fingerprint sensor on the back of the phone to add to the mix.

You can forgive the power button placement when you see that on the right you have a small round button called the Convenience Key which you can map, via Settings, to do any of a number of different jobs. It can take you quickly to a dial pad, or turn on the torch, or instantly show you your agenda for the day. One can't help wishing this was a regular feature on all phones.

On the inside of this smartphone, you'll first see the usual Android. In fact, there's not that much silly tampering with Android, which means the device is nice and clean and fast to use. On the left edge, however, you'll see a white tab that seems to ask you to swipe it out. When you do, you see the BlackBerry Hub. This is the one quick-access place for your email, tasks, agenda, and contacts. And the once famous BBM. It's obviously retaining what business users want from their phones ‑ communication. And it's this that makes the DTEK60 unique among Android phones; the way it's arranged on the inside. Although you can download the BlackBerry Hub app on any Android phone, the smooth integration present here is a different experience.

BlackBerry phones have also been a favourite of business users because of the more secure environment they provide. Taking that to Android, known as a less-than-secure platform, BlackBerry has put in a DTEK app, which gives the user more granular control over the security of their phones. This extends to being able to control the access allowed to every app on the device. Storage on this phone is encrypted. Security patches are to be channeled to this device as quickly as they are to Google's own phones. I might point out, however, that the DTEK phones are made for BlackBerry by the Chinese TCL

BlackBerry hasn't been stingy with the hardware specs.. The primary camera on the DTEK60 is a 21MP shooter, while the front camera is an 8MP one. Results from these are pretty okay with typical inability to handle low light. There is a manual mode and the usual panorama, HDR, slow motion, etc., are supported.

The DTEK60 is a single SIM device and has a microSD card slot to add to the 32GB on board. It runs on the Snapdragon 820 processor with 4GB of RAM, performing smoothly. The 3,000mAh battery which performs acceptably. The display is a nice crisp, clean AMOLED 1440 x 2560 pixels (~534 ppi pixel density) and looks just wonderful.

The BlackBerry DTEK60 is a good phone, better than its sibling, the DTEK50 because of better specs. If what you're looking for is an Android phone, you have many other options. A whole universe of them, in fact. If you want some of BlackBerry's features and security, then this is what is special on the DTEK60, but it's also what you'll be paying Rs 46,990 for. Some have called it the best business phone available.