Forex in an app: 5 founders are solving money exchange for travellers 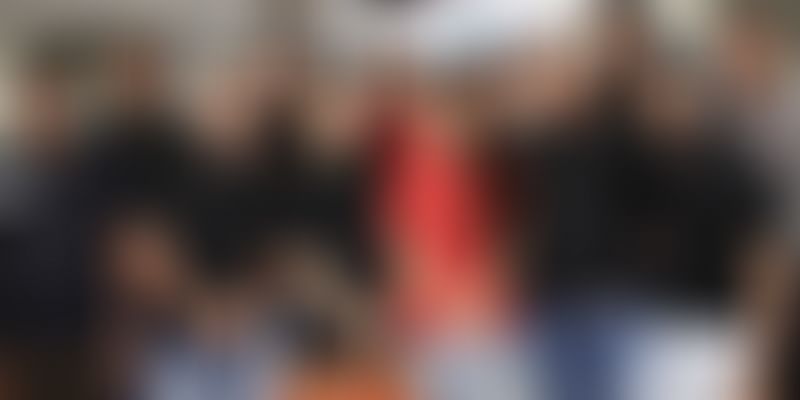 Those who travel frequently know that exchanging money during international travel is a grey area. Nobody really knows the commissions charged, and people are merely happy to get their dollars and pounds. The commission charges are very high, ranging from five percent to 10 percent for various authorised dealers, and are as much as 10 to 12 percent in airports. However, different dealers charge different rates and sometimes, the rates could go as low as two percent. But there is little clarity for the everyday traveller here, with no way of discovering the rates that are best suited to you.

Coming to the aid of the weary international traveller are five friends from Delhi, who, with experience in technology and business, got together to aggregate forex dealers across the country and provide customers with the best rates. Delhi-based CurrencyKart enables travellers to compare the rates of various dealers in their city and make payments to get their forex delivered to their doorstep.

Shubham Aggarwal, co-Founder and Chief Executive Officer of CurrencyKart, had been dealing in foreign exchange services for seven years when he identified this grey area of discovering prices. The former director of Venture Impex Pvt. Ltd realised, in 2015, that travellers needed to have some transparency in foreign exchange. He began talking of this idea with another forex dealer, Gurpreet Singh Narang, who loved the potential of booking forex in an app and joined in as co-Founder and Chief Operating Officer.

“I realised the difficulty that people face while sourcing currencies. It has got to do with meeting the right dealer and servicing the customer at home,” says Gurpreet. To market the business opportunity, they partnered with another friend, Nishima Aggarwal, who ran her own steel trading business.

Now that they had the business team in place, they found technology partners in two more friends, Neha Gupta and Deepak Tomar. Today the Chief Experience Officer of the company, Neha, who was working in Infosys when she met Gurpreet and Shubham, quickly realised that this business needed a platform that could handle data. Deepak and Neha began to build the platform that became CurrencyKart, which has now aggregated more than 300 dealers across 30 Indian cities.

“We try to offer the most reasonable and rapid set of solutions for all forex problems,” says Shubham. The company does not have any fees for membership, and there are no hidden charges. In order to ensure maximum transparency, CurrencyKart presents rates offered by dealers in real-time and delivers the order to the customer’s doorstep. “Even corporates can compare currency rates offered by RBI-approved authorised dealers and choose the best rates available,” he says.

The online aggregator narrows the gap between money changers and travellers, enabling RBI-approved dealers and international travellers to come under one umbrella to deal in forex and similar products. “There are times when travellers, due to a lack of transparency, are unaware of the operations of the forex market, of how the rates keep changing,” says Gurupreet. He says that the platform allows dealers to sign up and immediately update the rates of forex. Related products like currencies, travel cards and wire transfers also have their rates updated on CurrencyKart, enabling customers to buy after comparing the dealers in their city.

The business model for the startup is to work with dealers and charge them on a per transaction basis.

CurrencyKart faces competition from the likes of FXKart, CurrenSeek, Bookmyforex and Get4x. The dealers that these startups aggregate will dynamically bring down prices as the number of customers on their platforms grows. Without that, this business will only offer the convenience of getting forex delivered at home.

According to the Ministry of Tourism, more than 19 million Indians travel overseas each year. Estimates state that there will be 50 million Indians travelling internationally by 2020. This is the market that these aggregators are going after. According to the Foreign Exchange Dealers’ Association of India, the total forex traded every day globally is around $5 trillion.

“Aggregator and comparison portals have raised money and work on wafer thin margins. Only a few companies will survive in the long run. But the opportunity to go digital certainly exists,” says V Balakrishnan, founder of Exfinity Ventures.

For these five founders from Delhi, at least, there seems to be the right understanding of the industry and the technology to scale up across the country. CurrencyKart has been bootstrapped till now, with the team investing Rs 50 lakh in the business. They are currently looking to raise $5 million from investors to scale up operations.