How e-commerce changed in 2016 for Flipkart, Amazon and Snapdeal 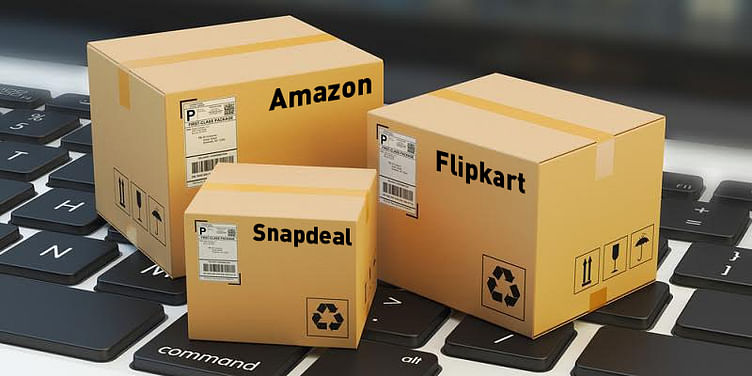 E-commerce has changed for good – never before has the environment been so conducive for an industry, which was regarded with scepticism since its inception. In the last few years, the adoption of e-commerce in India has grown exponentially. From being worth about $3.9 billion in 2009, online retail is worth $38 billion in 2016 according to Assocham. It is expected to generate about $100 billion in revenue in 2020. Despite a major hiccup towards the end of 2016 (read: demonetisation), e-commerce on the whole has seen a large uptick in India this year.

Indian customers bought not just electronics and fashion online – but also daily essentials, furniture, and gift cards in 2016. With quality assurance initiatives, easy returns and zero-cost EMI options, online shopping has become a hassle-free task. In fact, online marketplaces like Flipkart, Snapdeal and Amazon India have witnessed the customer maturing with the ecosystem.

Vishal Chadha, Senior VP (Business), Snapdeal noted that in 2016, new customer segments adopted online commerce and there was an increased acceptance of digital transaction methods. “The delivery of functional benefits like speed, convenience and value also resulted in massive growth from non-metros cities in India,” he said.

Here are some of the interesting e-commerce trends of 2016.

Evolution of the customer

Over 60 percent of Flipkart’s customers being men, shopped more of electronics, personal audio, footwear and lifestyle products. Apart from the above categories, personal care and grooming stood out as a popular category among men who shopped on Snapdeal, witnessing a 58-percent increase mostly in metro regions.

For Snapdeal, nearly 60 percent of sales in 2016 came from Tier-II cities and beyond. Snapdeal also saw the sale of skincare category grow by 77 percent year-on-year. Amongst women shoppers, the makeup category proved to be extremely popular, witnessing an overall growth of 345 percent year-on-year.

For Flipkart, the bracket of 25-34 year olds comprised the most active shoppers online; while 15 percent of shoppers on Flipkart were from the 45+ years age group, which has been viewed to be more resistant to online shopping. About 82 percent of Snapdeal’s traffic came from mobile platforms (app and mobile site), while Flipkart’s app and mobile site accounted for 80 percent of its ‘digital footfall’.

Getting customers to buy online daily

Through regular sales, exclusive launches and flash sales, e-commerce platforms have been able to create and maintain demand to make online shoppers come back on a regular basis. The ultimate vision though for e-commerce companies is to make online shopping a daily or recurring habit. Flipkart, Amazon and Snapdeal have all tried this through different means.

Amazon, which claims to have achieved 100 percent year-on-year growth in 2016, launched multiple initiatives in this regard in 2016. With ‘Global Store’ it gave Indian customers access to global products, which they otherwise may not have had access to.

Through AmazonNow and Amazon Pantry, customers are able to shop for groceries and other essentials from the ecosystem of their local stores and get them delivered within 90 minutes and next day respectively. Through a ‘Subscribe and Save’ feature that was launched earlier in 2016, customers can keep replenishing products like personal care essentials as per their usage schedules. With automatic deliveries of recorded lists, this feature aims to reduce the customers’ inconvenience of repeat ordering.

In July 2016, Snapdeal tied up with multiple players like Zomato, Redbus, Cleartrip and Urbanclap to cross-sell their offerings on its platform, thereby increasing its stickiness for customers. Flipkart, on the other hand, shut down its grocery vertical, Nearby, in February 2016, and has been relying mainly on exclusive partnerships and new product launches to lure customers on a regular basis.

More aspirational products and high-value items such as premium phones, consumer electronics and appliances were bought this year. For Flipkart, about half of these sales on their platform were made using their 'No Cost EMI and Product Exchange' option.

Since banks are banned from providing zero-interest EMIs, online retailers are collaborating with non-banking finance companies (NBFCs) such as Bajaj Finserv. A survey conducted by Hitachi Capital Consumer Finance found that for 83 percent of the e-buyers are strongly influenced to make purchases because of financing offers. Enabling the customer with attractive and on-demand options, therefore, becomes key.

Initiatives like these along with cashbacks offered by the likes of Paytm, FreeCharge, and CashKaro, and loans extended by NBFC platforms like Zestmoney—which provide EMI options for consumers who don’t own credit cards—have boosted e-commerce sales.

Similarly, CashCare Technology Pvt Ltd lets the customers pay for purchases from (their partner) e-tailers over 3-12-month EMIs. All these initiatives make it easier for end consumers to fulfil their impulsive buying needs and purchase aspirational products and then pay for them through monthly installments.

But all these initiatives by e-commerce firms will not amount to much if the product doesn't reach the consumer quickly to close the loop on the ‘wow' experience. Amazon offered its premium subscription service, Amazon Prime, in 2016 to offer faster deliveries. Soon, Snapdeal Gold followed – giving next and next-to-next day delivery for prepaid online transactions for all customers.

In a recent report, RedSeer Consulting noted that Snapdeal had the fastest delivery time for five out of the seven months of 2016. Anil Kumar, CEO, RedSeer Consulting said, “As the focus has shifted from GMV growth to overall customer experience enhancement, delivery speed has become one of the key metrics to gauge performance of e-tailers. Aggressive investments by e-tailers in creating a robust warehousing and logistics infrastructure are likely to pay rich dividends.”

According to a recent survey from Cashkaro, titled ‘E-Shopping Revelations 2016’, 55 percent respondents (out of 1,000 people) felt that subscription-based services, which offer quicker delivery options, enhance shopping experience. Compared to 2015, 75 percent noted that they have started shopping online for daily items/groceries in 2016.

The e-commerce penetration in India is still considerably low and there is considerable room for growth and a market for multiple players to co-exist. But, so far, e-commerce companies have been waging an all-out war against each other, competing on prices and running discount sales. So far the winner has only been customers.

But with ‘winter coming’ to the Indian startup ecosystem, sanity has prevailed and the focus has shifted from GMV to other metrics, like last-mile delivery and customer satisfaction. Amazon recently pumped in an additional Rs 2,010 crore into India, a market that it aims to win at all costs, while Snapdeal raised $200 million from Ontario Teachers' Pension Plan in February 2016.

Flipkart and Snapdeal though have been losing key hires in 2016. Over 10 key Flipkart executives left Flipkart in 2016. Punit Soni (ex-CPO) headed back to Silicon Valley to start a new venture, Gautam Kothamraju, who was Chief Creative Officer at Flipkart-owned Myntra, joined Amazon India. Anand Chandrashekaran, who was the CPO at Snapdeal, joined the Facebook Messenger team.

Flipkart and Snapdeal, though, have been active in India longer than Amazon and may have a few tricks up their sleeves for 2017. But they will have to ensure they don’t lose more of their top executives to take the fight to the Seattle-headquartered Goliath.